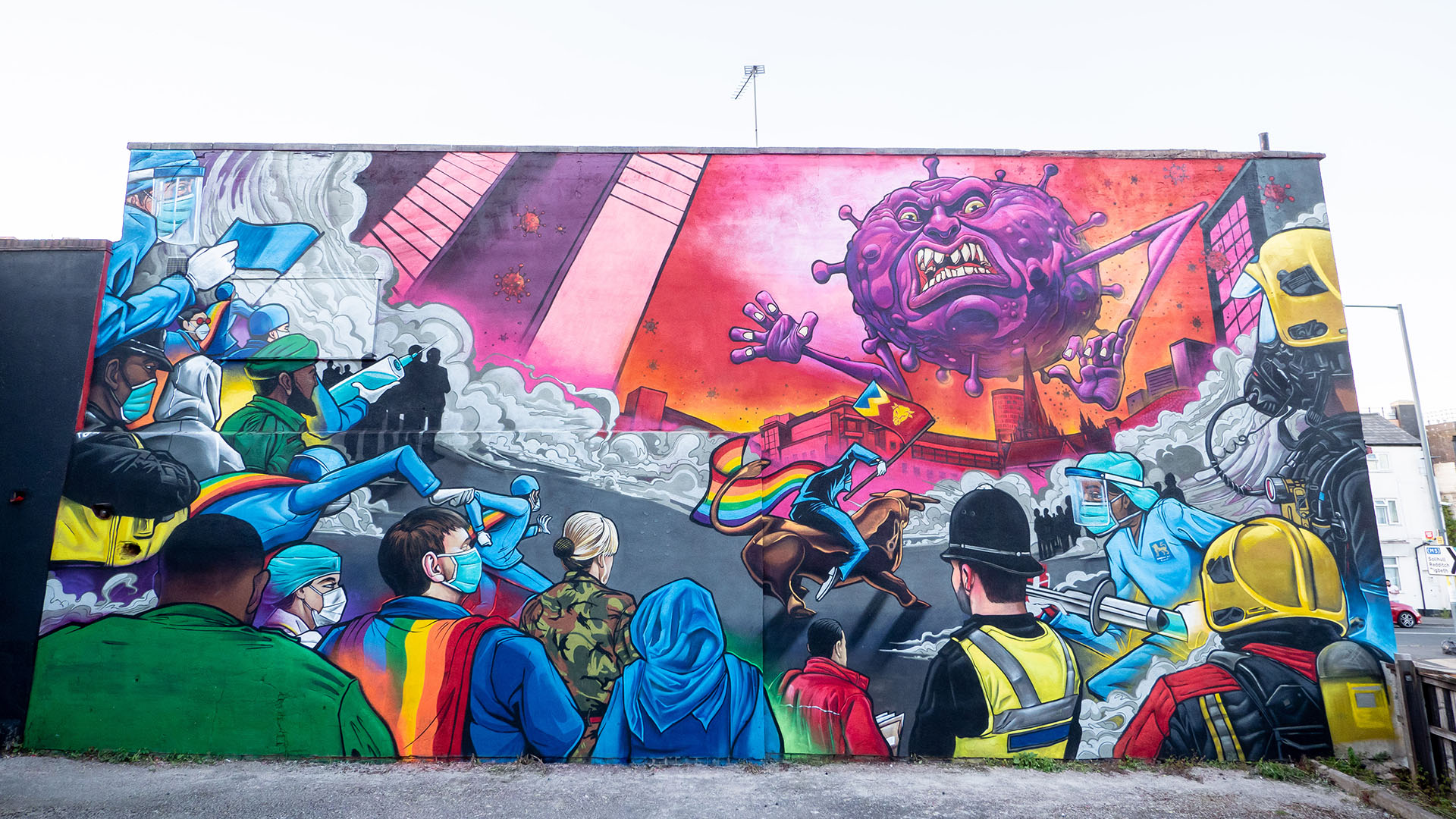 Few would argue that COVID-19 represents a generational event. Residents across the city have never seen life altered like this before, and hopefully never will again. The Birmingham spirit occasionally falls to the wayside, but can always be relied upon to resurface in the face of adversity. A charitable collective, Art for Charity, was determined to mark the return of the collective spirit of the city with an indelible piece of artwork.

Birmingham-based creative entrepreneurs Prof. Paul Cadman and Nathaniel Hanna came together with the specific aim of marking the occasion. From their combined skills and contact lists, Art for Charity was born. Celebrating the achievements of frontline staff and key workers was part one, but they always had the second phase in mind.

COVID-19 and its effects will live long in the memory. Not since the war has Birmingham’s collective spirit shone brighter. The city is home to a street artist of international renown in the shape of Josh Billingham, aka Gent 48.

Best-known for industry in years gone by, Birmingham is now home to some of the world’s most exceptional creative talent, and Gent 48 ranks firmly among them.

Head into Chinatown, and you’ll witness some of his finest work. Travel through Smallbrook Queensway, and his creations are easy to find. He was the natural choice to immortalise the efforts of people across the city to kick COVID out of Birmingham.

The result is an imposing mural in the centre of Digbeth, located behind Norton’s on Meriden Street. Celebratory and unique in style, it seeks to pay homage to the frontline professionals of the city who have worked tirelessly to ensure that life goes on as usual, or as close as possible.

Through the tireless efforts of Gent 48 himself, supported by an outstanding team, that landmark has now come to life.

The original plan was to mark and celebrate the efforts of those across Birmingham that have worked to keep the city safe. These goals soon transformed. Commemoration was a noble goal, but it was an opportunity to make a difference.

Birmingham was not perfect as it entered lockdown. No major city is. However, the collective spirit of charities, businesses, individuals and dignitaries gave everyone a glimpse of what was possible. Communities have a newfound friendship. The homeless have somewhere to stay. Art for Charity took it upon themselves to do all in their power to ensure that we emerge from lockdown, into the ‘new normal’, better positioned than when we entered.

The mural is the centrepiece of a new charitable effort. It will stand proudly as part of the Digbeth skyline. More than that, it will inspire prints and souvenirs, all in the name of enabling Birmingham to move Forward, just as it always has.

In addition to ten unique artist’s proofs, Art for Charity will create hundreds of replicas spanning various sizes. Larger prints will bear the signatures of the artist, the Lord Mayor and dignitaries from across the city. Art for Charity seeks to commemorate the event not only through art, but also through some of the individuals that made such a robust response possible.

Smaller prints will incorporate printed signatures and give those all over the city the opportunity to mark the occasion while shaping the bright future Birmingham has to look forward to.

Birmingham’s creative talent doesn’t always receive the recognition it deserves, but it is perfectly poised. Opportunities abound with the upcoming 2022 Commonwealth Games in the city. Passion and inspiration will enable the Brummie spirit to thrive.

Art for Charity draws on the presence of world-class artists, creative directors, writers and more, all with the aim of the betterment of the city. Forward in Unity is the first piece, but intended to be the first of many. This city has a vast amount to offer creatively, and the charitable endeavour seeks to harness those qualities in such a way that charities and local initiatives may prosper.

On behalf of Gent 48, Nathaniel Hanna and Paul Cadman, Art for Charity would like to invite the residents of Birmingham to visit the mural at:

For further information, please visit Art for Charity at 4charity.art or contact us at hello@4charity.art. 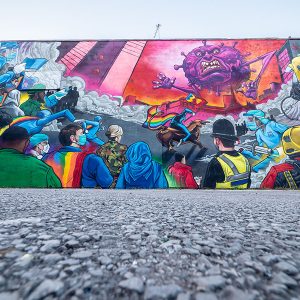 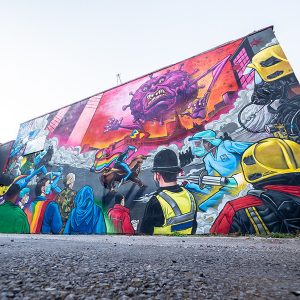 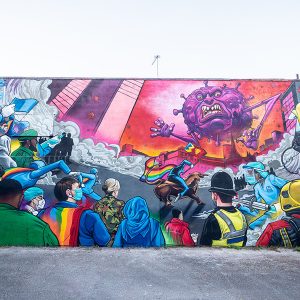 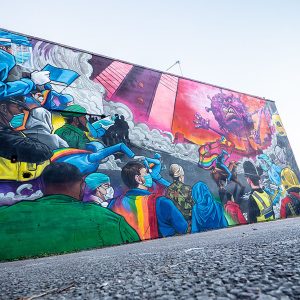