Cabbies back life-saving scheme to help victims of knife crime 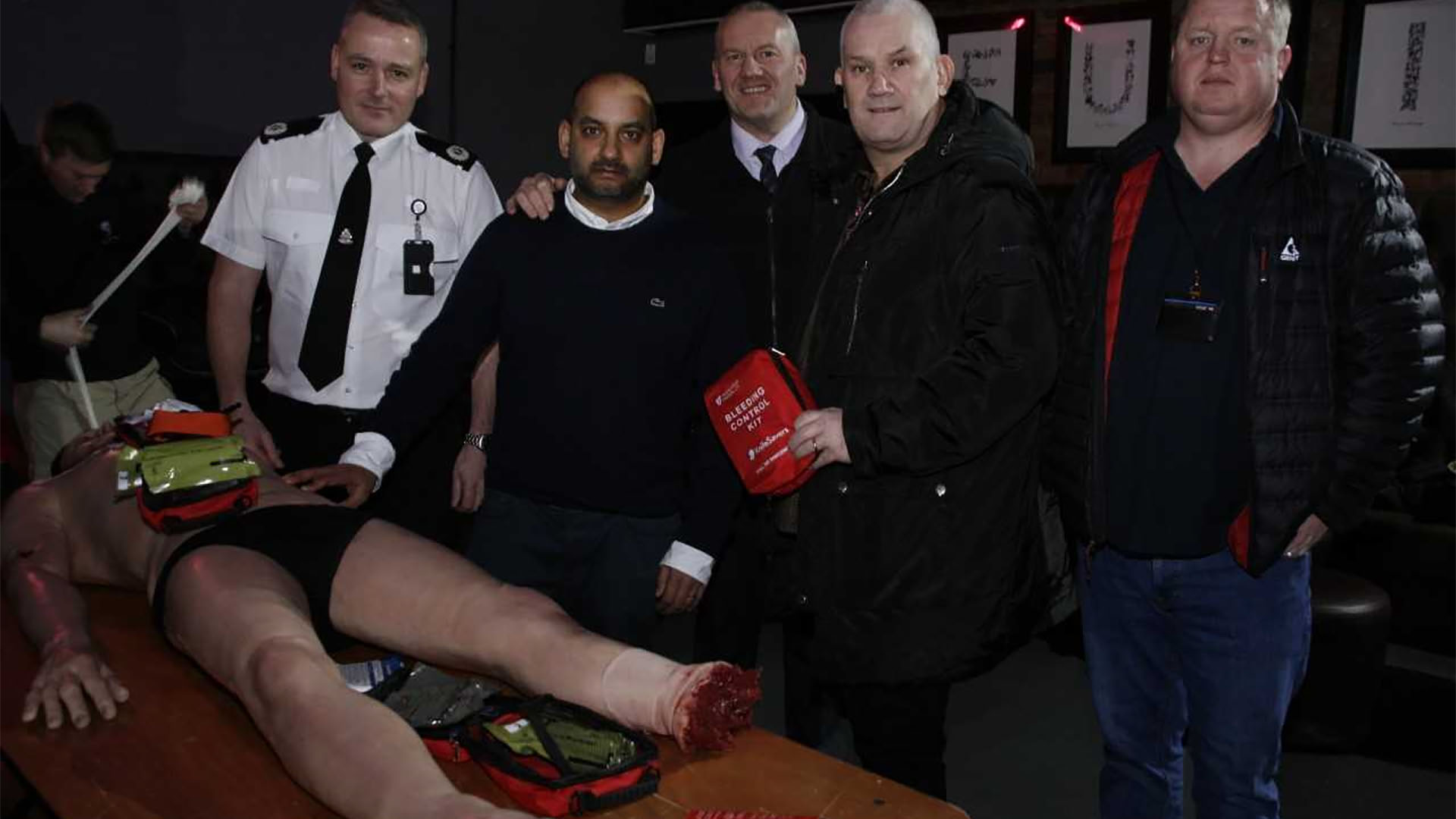 Almost 50 Liverpool black cab drivers took part in a life-saving scheme to help people who have been stabbed in the city.

The group, who are all members of Taxi Alliance Liverpool, received training in bleeding control from the team at Aintree University Hospital’s trauma centre as part of the KnifeSavers campaign.

After their training they will receive bleeding control kits for their vehicles. The kits contain scissors, gloves, tourniquets and trauma dressings as well as military-grade gauze and chest wound sealant.

Jamie Motlagh, Director of Pub Invest Group, said: “We are passionate about our city and also the safety of anyone who comes into the city centre for a night out. Anything we can do to prevent incidents, we do across all our sites from Concert Square and Seel Street to Mathew Street and James Street. These packs are something we wish were not needed but we look at this as something that if it saves one life, then they are more than worth it.”

John Hughes, Chief Executive of Liverpool Nightlife, said: “We’re committed to making sure a night out in Liverpool is as safe as it can be. It’s fantastic to see Pub Invest Group really getting behind this campaign and funding bleeding control packs not only for their venues but now for cabbies too. Bringing the taxi drivers on board was a logical next step, as they’re out at all hours in some of the busiest areas of the city. If they’re in a position to help someone who has been stabbed, they now have the kit and the specialist training that could save a life.”

He said: “I’m delighted that the Pub Invest Group has given so much support to our campaign. By working with partners across the city like this we can really make a difference. Having so many drivers now carrying bleeding control kits has really extended the reach of our campaign and I hope that, following the training from our team, the drivers will have the confidence to intervene should they see an incident while they are on the road.”

Venues, groups or organisations wanting to join KnifeSavers can visit www.knifesavers.co.uk for more information and to purchase bleeding control kits, which entitles them to free training from the Major Trauma Centre team. The kits come with full instructions and can be used without training too.

A free KnifeSavers app, which gives people advice on how to stop bleeding after a stabbing, without the need for any training or kits, is available to download on all devices. Search for “knifesavers” on the App Store or Google Play.