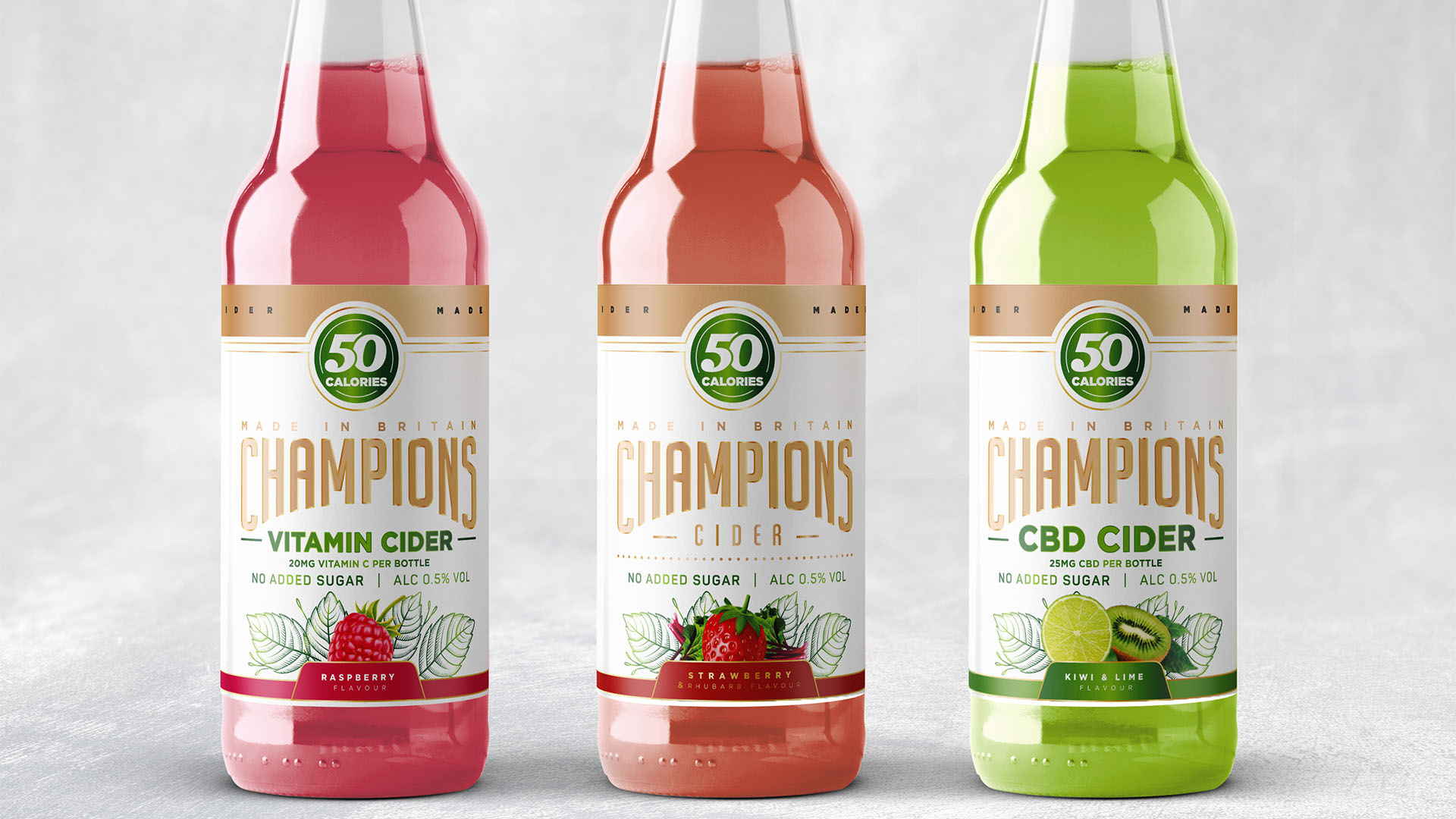 Champions Cider, the delicious zero alcohol, low calorie, no added sugar cider, created by a group of former international rugby players, has signed an exclusive supply deal with Tesco, with products available in stores and online from September 2020.

Literally created by champions, the cider was forged by a band of former international rugby players.  Champions Cider is headed up by Charlie Simpson-Daniel, who saw a gap in the market in low and no alcohol for cider lovers who don’t want the 250 calories and 50g of sugar in an ordinary bottle.  So, he and his team, which includes his brother, the former England player James Simpson-Daniel and the England Rugby World Cup winner Will Greenwood, created Champions Cider, a zero-alcohol flavoured cider made from British apples, with only 50 calories and 11.2g of sugar per bottle.

Charlie is delighted with the exclusive Tesco deal, saying: “Champions Cider has been two years in the making and we have been privileged to work very closely with Tesco who have played a key part in our brands development and really helped guide us on its presentation.  We’re launching our Strawberry & Rhubarb flavour which tastes incredible and I think will be a great success.  I can safely say that outside of the birth of my little boy, pulling on an England shirt for the first time and the first time I met my fiancé, the Tesco team telling me they’d like to offer us an exclusive supply deal was one of the proudest days of my life on this earth.”

The former rugby world cup winner and co-founder of Champions Cider Will Greenwood said: “Tesco have given us a once in a lifetime opportunity to bring Champions to life together.  The buyers have been incredible to work with and we think with only 50 calories per bottle, Champions Strawberry & Rhubarb Cider is something the Tesco shopper is going to love just as much as we all do!”

No added sugar Champions Cider comes in 500ml bottles of Strawberry & Rhubarb flavour, containing no more than 11.2g of sugar and only 50 calories per bottle.

One of the company heroes is the entrepreneur Elon Musk and his attitude around innovation is at the heart of Champions Cider. The company with this in mind will be launching a Champions Vitamin Cider and Champions CBD Cider at the end of September too.