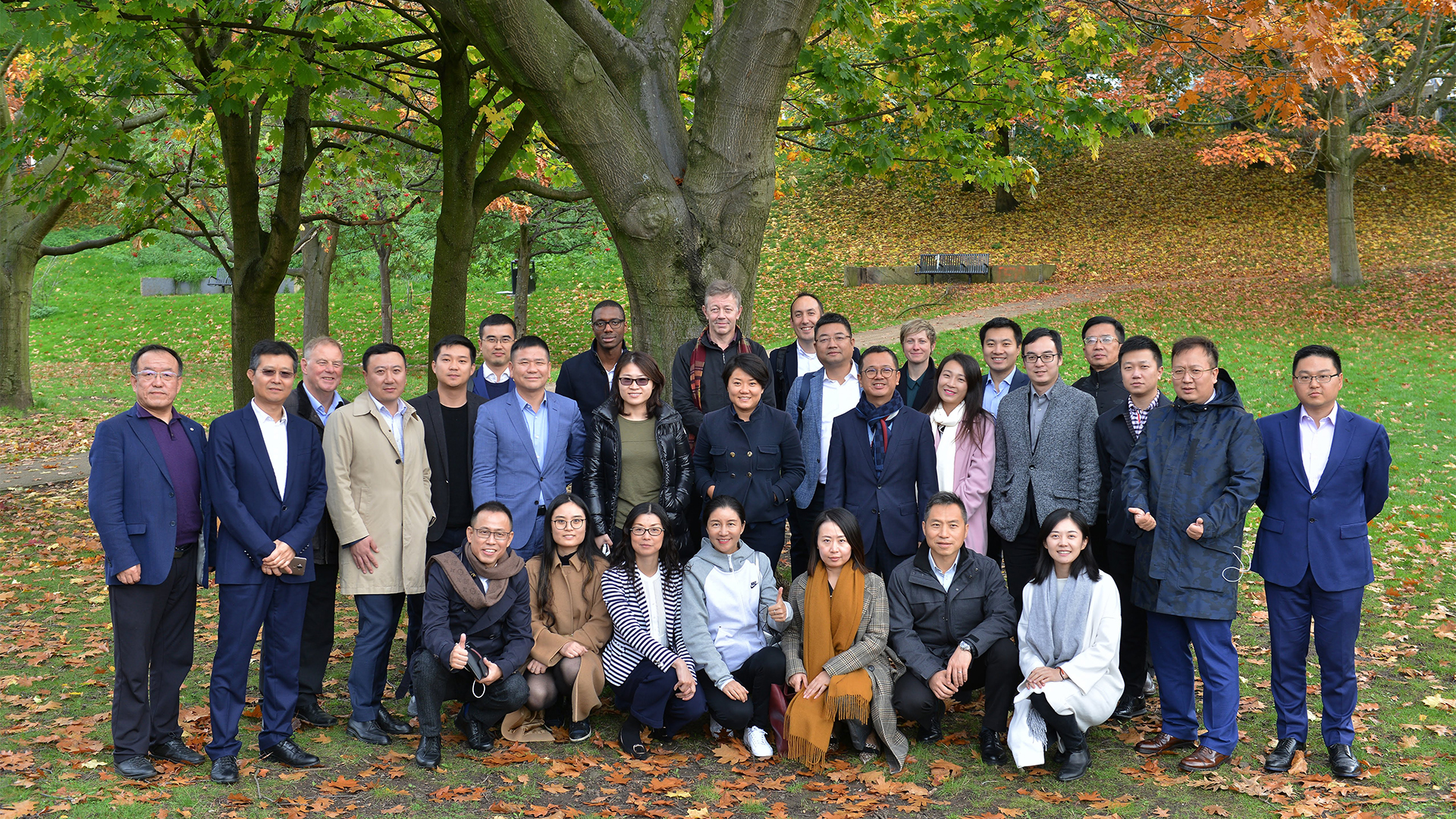 Delegates from China enjoyed a fascinating tour of Manchester’s past – and a close-up view of a bold new vision for up to 15,000 homes on the north side of the city centre.

23 senior Chinese business and government officials were in the city on the latest instalment of the UK-China Infrastructure Academy, run by Alliance Manchester Business School (Alliance MBS) and backed by the Department for International Trade.

FEC introduced the Chinese party to the rich industrial and social history of the area, and led them on a tour of the Northern Gateway site. This investment partnership with Manchester City Council is planned to deliver up to 15,000 homes across north Manchester over the next fifteen years.

The Northern Gateway is forecast to generate more than £4bn of investment value by unlocking the residential development potential of 13 million sq ft of land from north of Victoria station through to New Cross, the Lower Irk Valley and Collyhurst.

The tour began at FEC’s £200m MeadowSide residential scheme which will provide 756 apartments, townhouses and penthouses and spearheads the transformational plans.

“We were delighted to host this part of the visit and support this programme, which brings opportunities and understanding between Chinese and UK businesses. We are glad to playing a part in the UK mission to attract further high-quality Chinese investment to Manchester and the UK.”

The visit was part of the week-long programme focused on regeneration projects, and included opportunities to learn from academics from Alliance MBS and industry experts as well visits to Wirral Waters, Manchester Science Partnerships and Sutton Cancer Care Hub.

The Academy is an executive education programme offering courses, seminars and workshops over the next three years (2018-2020). Previous programmes have focused on energy and rail and have heard speakers including the Mayor of Greater Manchester, Andy Burnham; Former Chief executive of Manchester City Council, Sir Howard Bernstein; Chief Executive of the Greater Manchester Combined Authority, Eamonn Boylan; and Chinese Consul General to Manchester, Dr Sun Dali.

Following the launch of the programme earlier this year, Minister for Investment, Graham Stuart said: “In 2017, China’s direct investment into the UK more than doubled to over £15 billion and as an international economic department, we’re excited to be involved in attracting foreign investment to all the regions of the UK through initiatives such as the UK-China Infrastructure Academy.

China as a world leading economy and the UK’s sixth largest trading partner is an important market for British companies and the Academy is a great opportunity to strengthen our trading relationships with China.”