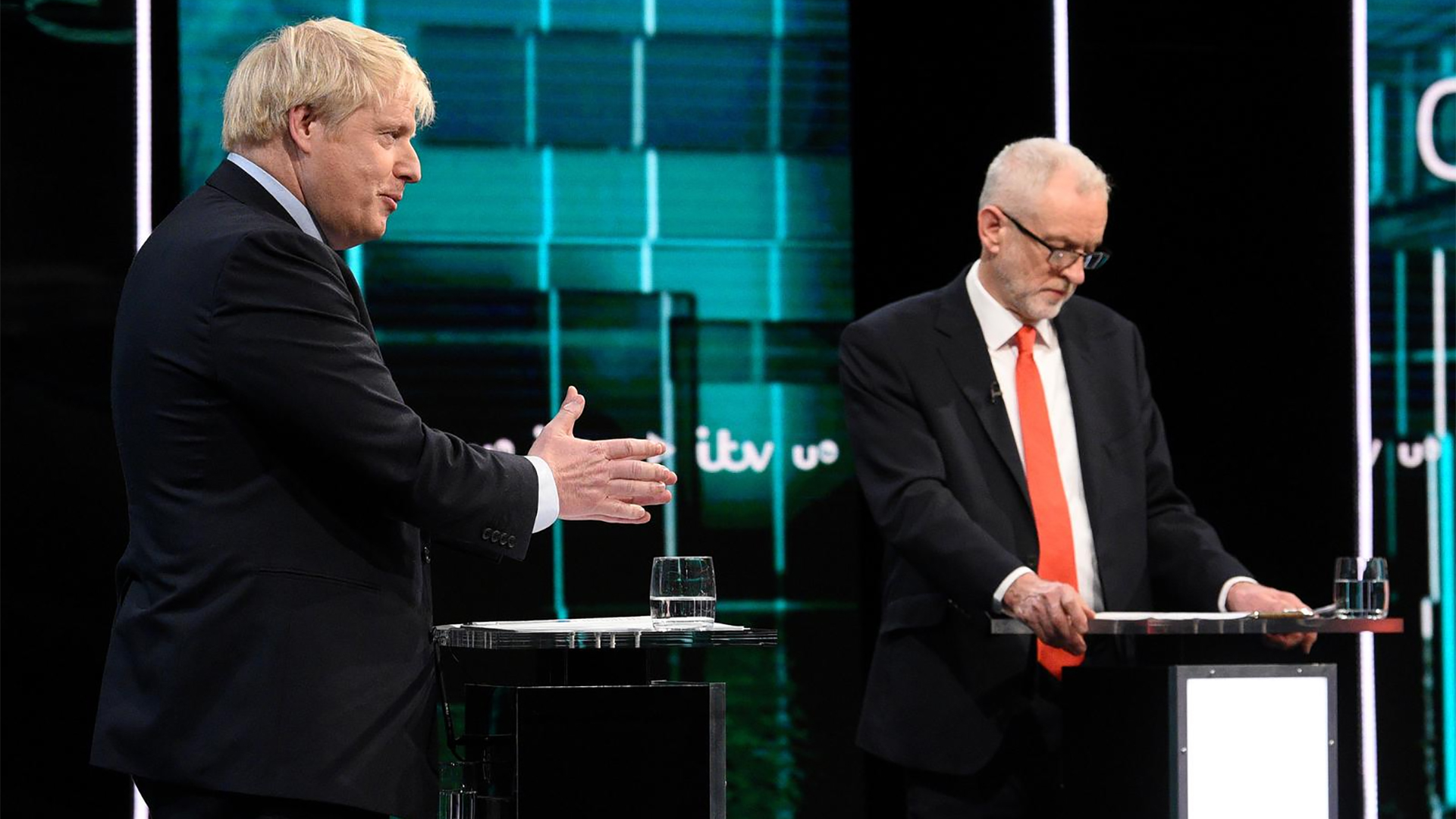 Boris Johnson chose the wrong tactics in Tuesday’s head to head debate with Jeremy Corbyn. Getting your prime message across is one thing, but to ignore questions from the studio audience about the NHS and trust in politics, is rude. It also shows that this Prime Minister is not as fast on his feet as he was trumped up to be.

“Get Brexit Done” is as misleading as “Take Back Control”. At the referendum the latter slogan allowed people to believe we could be ‘stand-alone’ Britain again. The reality is we live in an interdependent world. The only choice at this election is whether we stay with our European friends or go cap in hand to the Americans and Chinese for a trade deal.

Johnson’s “Get Brexit Done” slogan is equally misleading. The first audience member asked if Johnson could guarantee the phrase meant we could put the issue behind us. Of course, that is not the case. If we leave on Jan 31st, the next cliff edge will be looming the following December when the interim period expires. Then there will be years of trade talks with countries in Europe and around the world.

The Prime Minister can demand all he likes that Corbyn comes down on one side or the other. I don’t think he needs to. The people have a clear choice, Brexit with the Tories, a referendum with Labour and the Lib Dems in a hung parliament. Harold Wilson was almost neutral in 1975 and implemented what the people voted for. Corbyn will do the same. We all know Corbyn’s real position. He would be happy out, but Europe is not his top priority. What he really cares about was spelt out in his hugely radical agenda this week.

It is increasingly clear that we can forget a Lib Dem government’s pledge to revoke. They are sadly not getting a huge remain surge and must hope for a hung parliament. Their leader Joe Swinson has to do better than say Johnson and Corbyn are not fit for office. In a hung parliament, somebody must go into Number 10. The Lib Dems made a grave mistake entering the 2010 coalition with the Tories. They are on the left and must make arrangements on that side of the aisle.

Another interesting development this week has come from the SNP. Their justification for a second Scottish independence referendum was that Brexit had been a “material Change” following what was meant to be a once in a generation referendum in 2014.

Now when they are asked if Britain votes to stay in the EU, will the case for a second referendum go away, they say no.

If the ridiculous spending promises of the parties are to be believed, then business in the north should prepare for a great spending spree.

The Prime Minister isn’t one for detail and in any case, he can reverse a policy on the whim (Corporation tax cut). However, he did include HS2 when he was making a series of infrastructure promises in the Salford debate. We shall see.