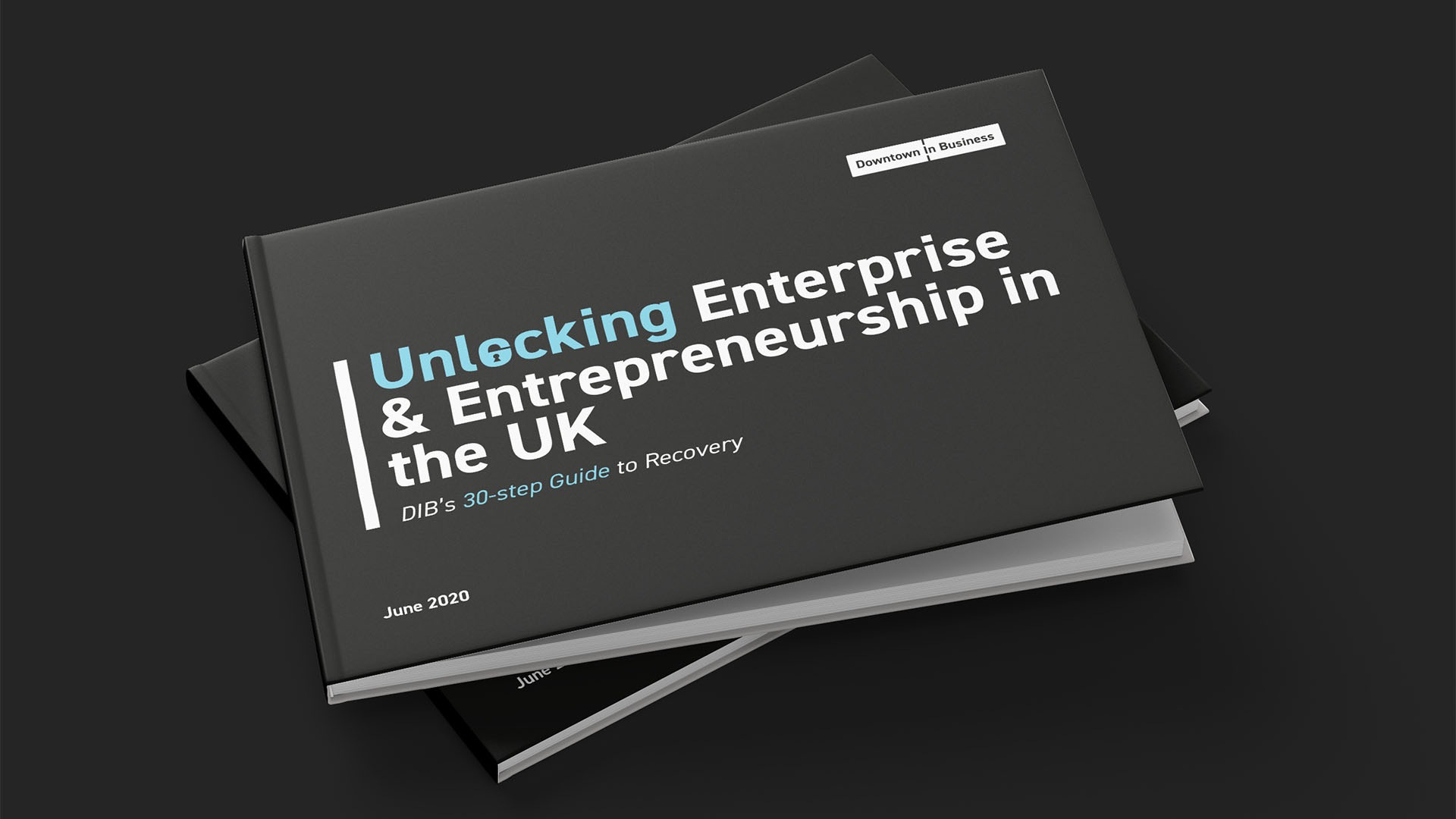 Downtown in Business has unveiled a 30-step plan to help get the UK economy out of lockdown and back on track.

Following extensive consultation with its membership, DIB has issued a 28-page manifesto entitled “Unlocking Enterprise & Entrepreneurship in the UK”.

Calling on the Government to be bold and invest trillions into the economy, solutions include:

Frank McKenna, DIB’s chairman and chief executive, said: “Rishi Sunak has done outstandingly in protecting the economy, with measures like the furloughing scheme, CBILS facilities and bounce back loans. However, our economy has shrunk by an unprecedented 20%, we now need an unprecedented response.”

Frank continued: “Germany has announced a €130bn programme, combining tax cuts, direct payments to households and spending measures spread over the next two years, amounting to nearly 4% of their annual GDP. We need to at least match that scale of ambition.”

On the key points within the DIB manifesto Mr. McKenna added: “At the moment, we face an explosion in unemployment. We need the Government to enable the private sector to protect and where possible create jobs. Tax breaks for those who are taking on new starters would offer a positive incentive. An overhaul of employment law would also be welcome. We have seen a huge increase in vexatious tribunal cases since the abolition of claimant fees and we have witnessed employer costs spiral as a result.

“It is generally agreed that young people are going to be the hardest hit, therefore we need big investment into a Future Jobs initiative and into skills and training. However, we would urge the Government to enable devolved administrations to establish private sector-led commissions that can map out programmes that fit regional employment needs, rather than continued provision of projects that are training today’s workforce for yesterday’s jobs. We would equally argue that the underspend of the Apprenticeship Levy held by the Treasury should be utilised to support this.

McKenna concluded: “Finally, we would argue that in other areas, economic development and business support, planning, transport and infrastructure, additional powers should be given to elected mayors and Combined Authorities to deliver on these crucial issues.”

The manifesto also warns the Government against cancelling infrastructure projects, such as HS2 and Northern Powerhouse Rail. And suggests policy makers should resist massive investment in cycle lanes, which DIB says could prove an expensive white elephant. Instead it wants an accelerated move to electric vehicles which will lead to success on the carbon neutral agenda in the long-term.