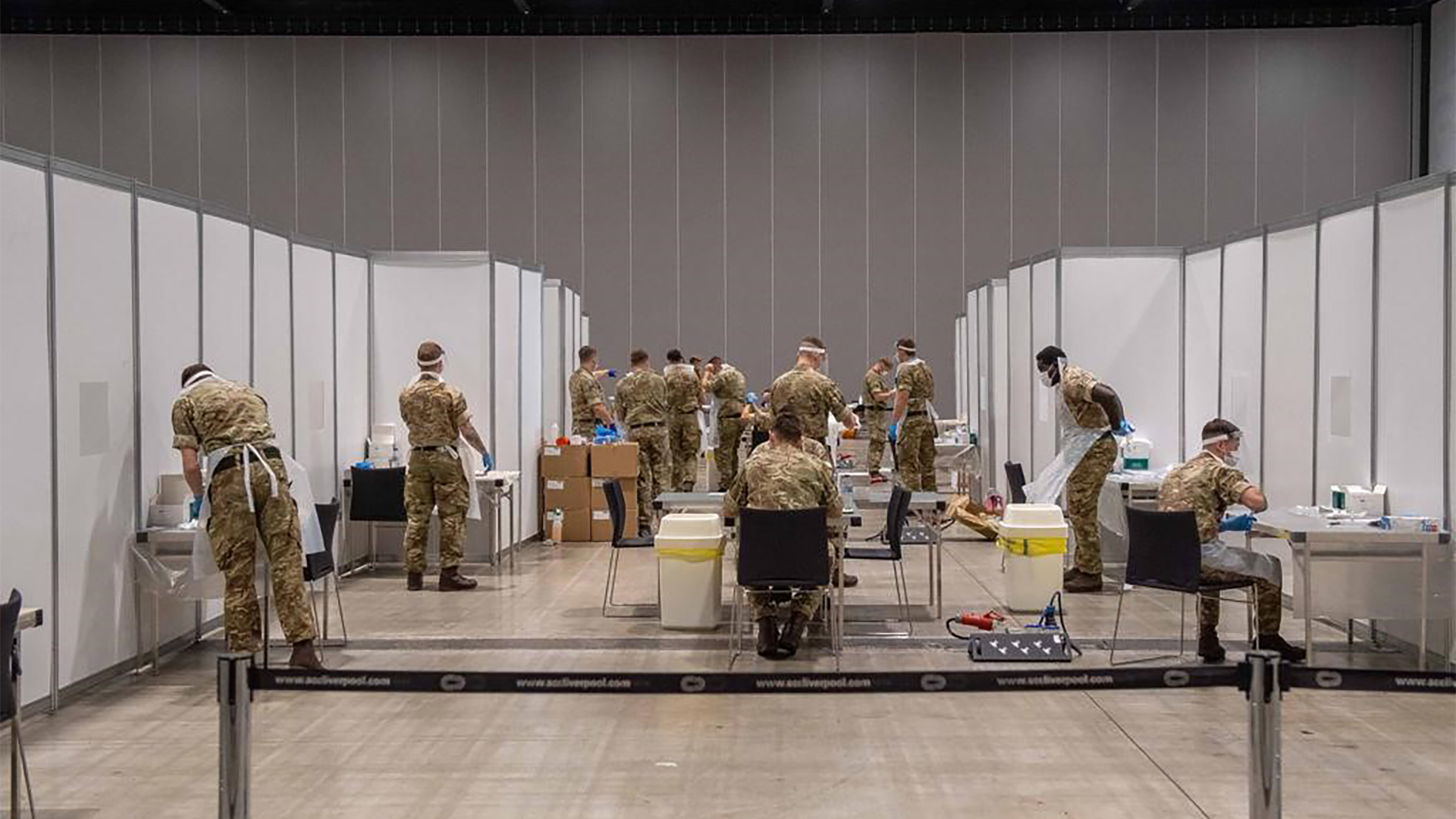 The venue is one of the sites being rolled out across the city and everyone who lives and works in Liverpool is encouraged to go and get tested.

The military are situated at the venues to support Liverpool City Council in the planning, coordination and delivery of whole-city testing.  Lieutenant-General Tyrone Urch, who commands the 7,500-strong military Covid Support Force, visited Exhibition Centre Liverpool to launch the initiative.

Exhibition Centre Liverpool opened its doors to members of the public who are not displaying symptoms, with many people queuing at centres to get tested.  It is one of 19 sites being deployed as a testing centre with plans for more to open across the city.  More than 23,000 people have been tested so far in the mass-testing pilot.

Bob Prattey, chief executive of The ACC Liverpool Group – operator of Exhibition Centre Liverpool – said: “We have been committed to supporting Liverpool City Council throughout the pandemic, for example serving as a logistical distribution hub for deliveries of PPE equipment as well as food and household goods for the vulnerable.

“We are pleased to be able to provide a large venue to facilitate this vital and ground-breaking mass testing.  We will do everything we can to continue to support Liverpool City Region as required.”

Hundreds of thousands of tests will be made available over the trial period.  Everyone in the city is being asked to get tested, but there is specific emphasis in asking health and care workers, other emergency services and key workers, school staff and pupils, university staff and students to come forward.

It is expected that the pilot will last initially for around two weeks, with a view to it being extended.

Mayor of Liverpool Joe Anderson said: “This city has been given the opportunity to make a real difference in the fight against Covid-19 and I urge everyone to do their bit and get tested.

“This is a massive project involving many different partners across the city and it is a fantastic Team Liverpool effort so far.  “

Positive results from tests will be collected by NHS Test and Trace and published as part of the daily case numbers.  These more advanced tests will help identify infectious individuals who are not displaying symptoms and help far more positive cases so they can self-isolate and prevent the virus from spreading, in a first step towards rolling out mass testing more widely across the UK.

Director of Public Health Matt Ashton said: “The aim of this project is to quickly identify people who have the virus and reduce transmission substantially.

“To be the only city to be piloting this ground-breaking mass testing programme is very exciting.”