Ghandi statue to be unveiled 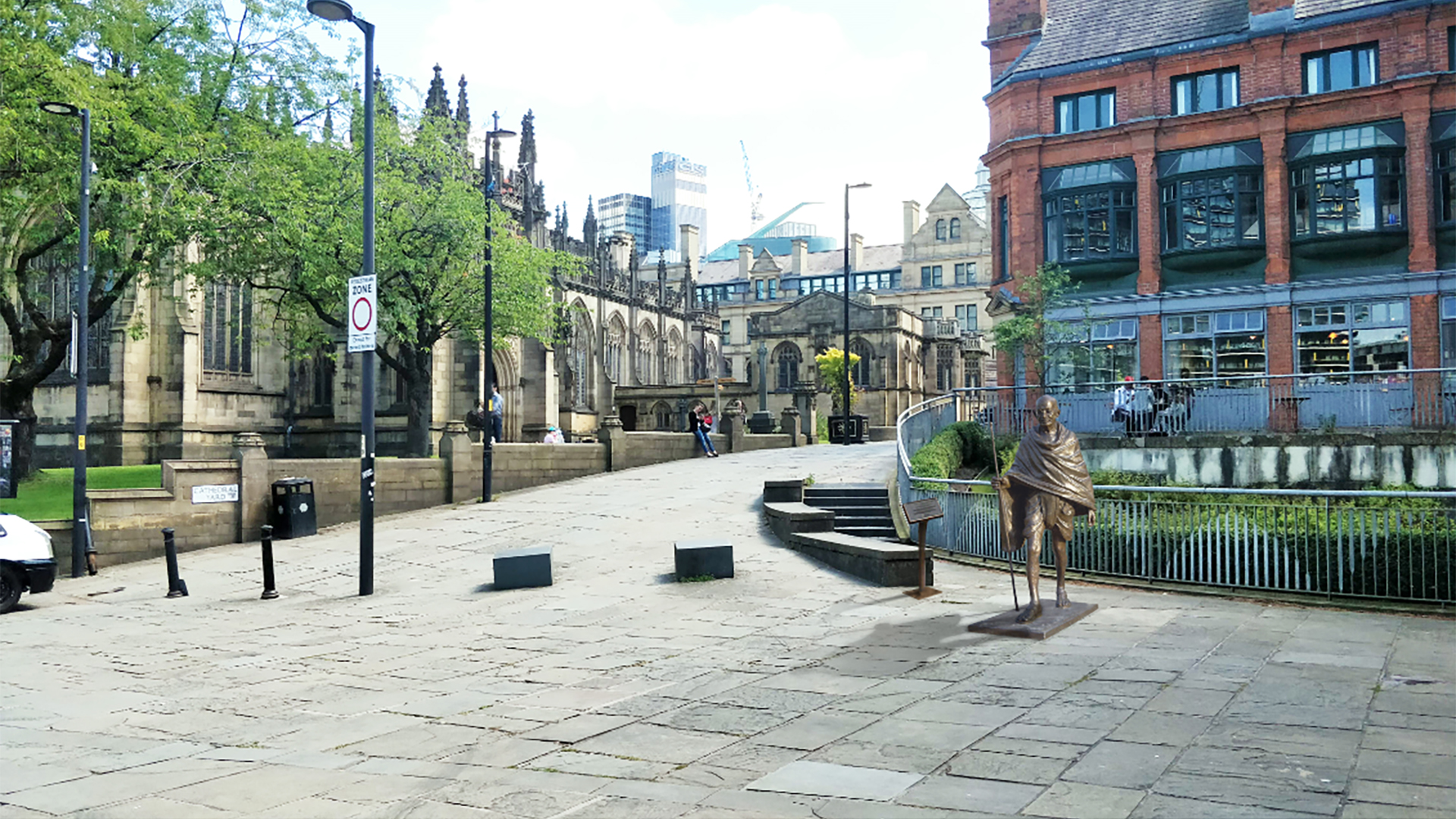 All are welcome to a free event on Monday November 25, for the unveiling of the Mahatma Gandhi statue outside Manchester Cathedral. The public event which will be attended by distinguished guests from the UK Government and the Government of India.

To mark the 150th anniversary of Gandhi’s birth, a 9ft high bronze statue has been crafted by renowned Indian artist Ram V Sutar.  The unveiling is at 12:15pm and will be preceded by an interfaith service on Non-violence, Peace & Unity from 11am at Manchester Cathedral. Event inside will be shown open on a big screen outside.

There will be celebrations with dance and music from Manchester University students, The Voice finalist Natasha Seth of the Parrs Wood School choir, Indian dancers, before the statue is unveiled.

Shrimad Rajchandra Mission Dharampur (SRMD), a worldwide spiritual movement headquartered in India, is behind the initiative, which is supported by Manchester Cathedral, Manchester City Council, Manchester India Partnership and the High Commission of India.

SRMD is also celebrating Gandhi’s birth anniversary by conducting workshops in 16  primary schools in Stockport and Manchester, by educating nearly  2000 children about the Icon of Peace and how through love, compassion and non-violence they too can be the positive forces of change in the world.