I Hope the Sun Shines in Cornwall

As the G7 summit takes place in Cornwall, Jim suggests that our Prime Minister is battling to gain the trust of President Biden. He also looks at a potential major shake up in parliamentary seats in the North West. 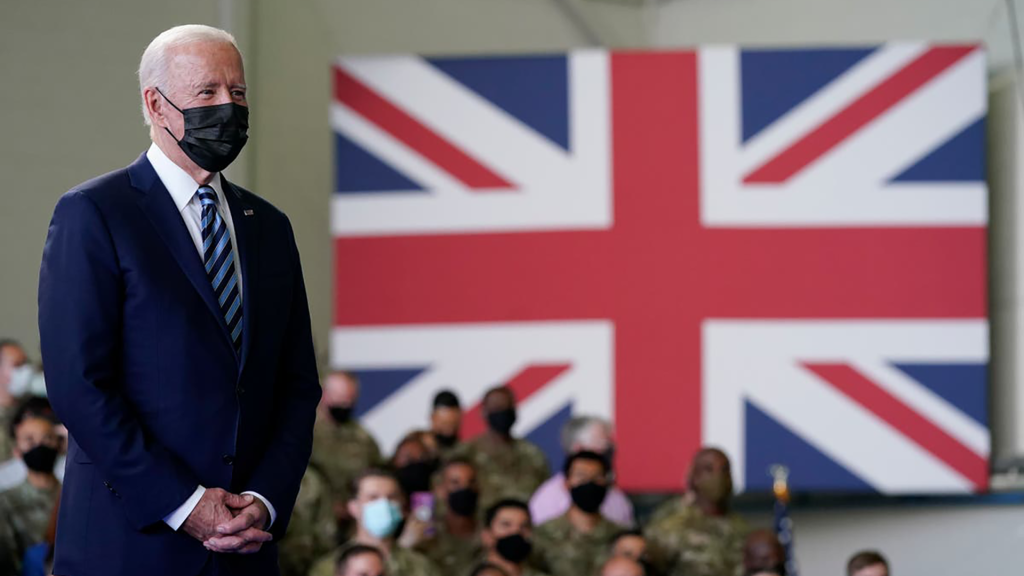 Will a Cornish pasty for President Biden in the sunshine of Carbis Bay this weekend, help our chances of a trade deal with the United States?

Probably not. Biden will be impressed with the Prime Minister’s commitment to world vaccination by the end of 2022, but will it be delivered? Can Britain be trusted?

Integrity has been in short supply under this Prime Minister in his personal life, implementation of the ministerial code, spending on the Downing Street flat and now the Northern Ireland Protocol.

President Biden will no doubt be aware of the remarks of former Prime Minister Theresa May’s top aide Lord Barwell. He was at her side as the then Prime Minister tried to square the circle of a hard Brexit with the land border with the EU in Northern Ireland.

It was, and remains, because of the insistence of hard line Brexiteers that we should not be aligned with the EU on food standards that the current crisis has blown up. May’s solution was a backstop. It was hated but it was honest, and she paid for it with her Premiership.

Johnson’s approach was to bluff his way through, sign up to anything to “Get Brexit Done”, promise there would be no border checks and win the election. Barwell is clear that both May and Johnson knew what the consequences would be, and the EU is entitled to expect that a treaty will be honoured even if the people of Ulster have to go without their bangers.

There is no reason, except political dogma, why we should not align our food standards with the EU.

Meanwhile President Biden and many others look forward to the marching season in Ulster with anxiety.

Twenty years ago, Tony Blair had just won his second General Election. The Tory leader William Hague handed over to the hapless Iain Duncan-Smith and people spoke of Conservatism as a spent force.

Two decades on the political scene has radically changed, the Tories have won three elections in a row and already are looking at a fourth.

Battlefield preparations began this week with proposals for a major shake-up of parliamentary constituencies. Two previous attempts to line up seats with where people are now living have failed because they contained plans to cut the number of MPs by fifty.

80% of North West constituencies are affected. We will lose two seats altogether to reflect the fact that people are moving south and that has meant some MPs will be seeking a new home. Among the constituencies to go are South Lakeland which is bad news for our remaining Lib Dem Tim Farron plus Preston North and Wyre which is awkward for Defence Secretary Ben Wallace. Rossendale and Darwen becomes Pennine Moors and Chester is split up as boundary chiefs try to deal with the perennial problem of the nearby area of Wirral.

The peninsula cannot justify 4 MPs and the idea of a cross Mersey seat was shot down in flames when it was proposed before. So, Chester and Wirral South (Alison McGovern) are split up.

The changes will help the Tories as the south gets more seats at the North’s expense, for instance the new Lancaster constituency, shorn of Fleetwood, would have voted Conservative. Bad news for Labour’s Cat Smith. However, with the Tories having a bigger stake in the region these days, the damage to Labour will be mitigated.

After all that it might not happen. You can have your say. Changes could be made and with a final report not due till June 2023, another election may have been held.

Laying down friends for his life

Jim looks forward to how the Prime Minister will handle the Gray Report and probably survive. He also asks if Bury South Labour Party will be free to decide if defector Christian Wakeford represents them at the next election

The defection of the Bury South MP to Labour has only served to prop up Boris Johnson according to Jim. But his blog this week focuses on Lancashire’s unusual bid for devolution and the challenge faced by small businesses by Greater Manchester’s Clean Air Zone.

“Worn out defending the indefensible”

The forthcoming report on Partygate could seal the Prime Minister’s fate. But in his blog Jim warns that Johnson could still escape,with Scottish Tories splitting away.