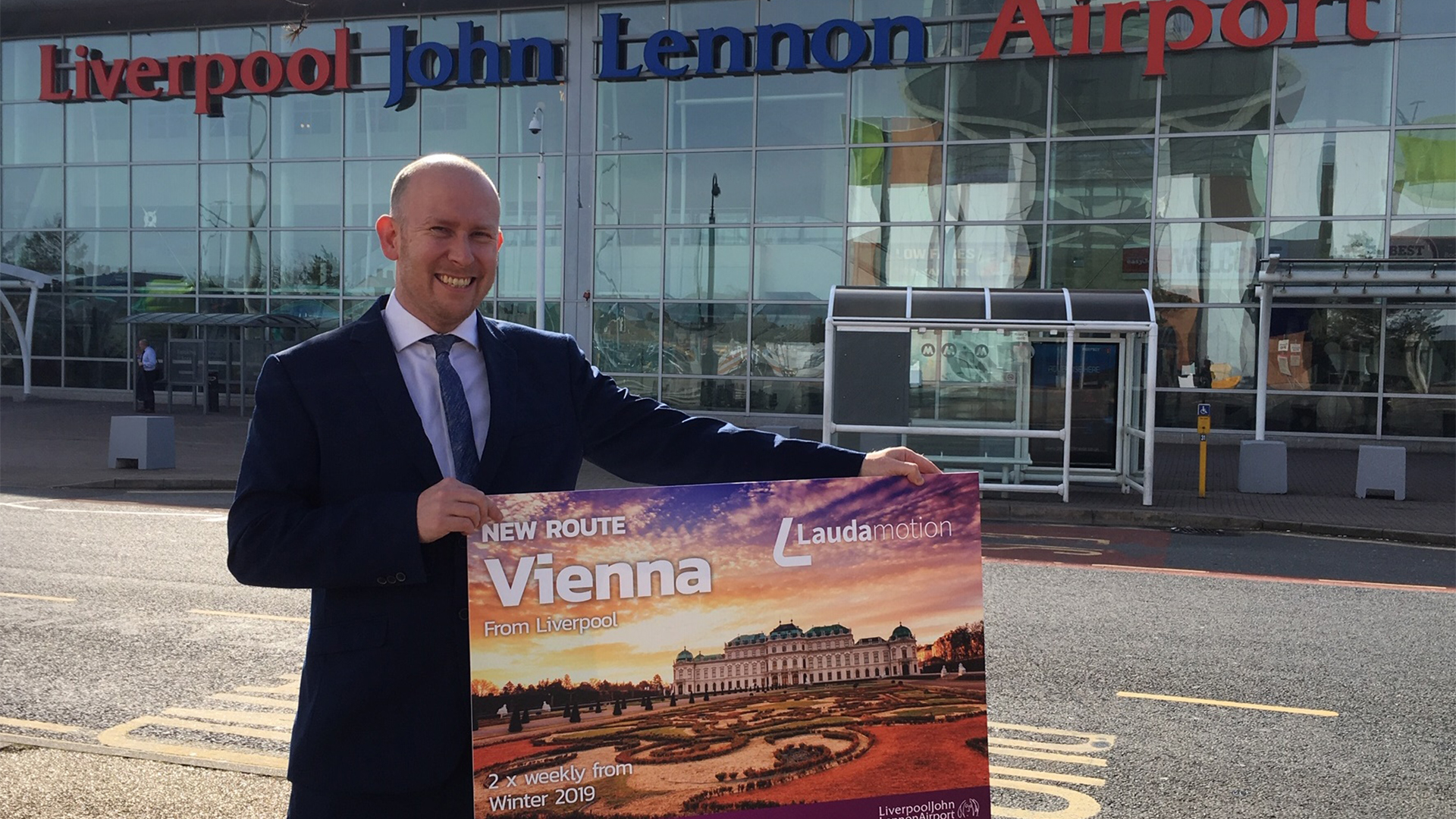 It’s been a good start to the year for Liverpool John Lennon Airport (LJLA). During the first quarter of 2019 the Airport has announced that two new airlines will be operating from LJLA over the coming months.

Blue Islands, the privately and independently owned Channel Islands based regional airline, will commence a twice weekly service from Liverpool to Guernsey for Summer 2019, with the first flight set to depart on 21st May using a 68 seat ATR 72-500 aircraft. The airline became a Flybe franchise partner in 2016 and operate flights between the Channel Islands and to the UK and as a Flybe franchise partner, flights are now on sale via www.flybe.com

Following hot on the heels of Blue Island’s news, Austrian airline Lauda have announced that they too will be joining the growing list of airlines operating from Liverpool with plans to commence a twice weekly service to Vienna, starting in the Winter.

Flights will commence on 28th October operating on Mondays and Fridays using Airbus A320 aircraft.

Lauda have bases in Vienna, Innsbruck, Stuttgart, Dusseldorf and Palma and this will be LJLA’s first scheduled service to Vienna and the latest new destination to be served direct from Liverpool. Bookings can now be made on www.laudamotion.com

These latest operators bring the total number of airlines operating at LJLA to eight, including flights with Widerøe, Scandinavia’s largest regional airline who commenced flights from Liverpool for the first time in August last year with their service to Bergen in Norway. With over 70 destinations on offer from LJLA, there are even more opportunities for the region’s passengers to fly from the North West’s faster, easier, friendlier airport.

Paul Winfield, LJLA’s Director of Aviation Development commented, “Liverpool John Lennon Airport was the fastest growing North West airport during 2018 – a year in which we added 12 new routes. Airlines now recognise the opportunities available for them from Liverpool and we are delighted to have added three new carriers to the list of airlines operating from here in the last 8 months.”