In Conversation with Claire McColgan 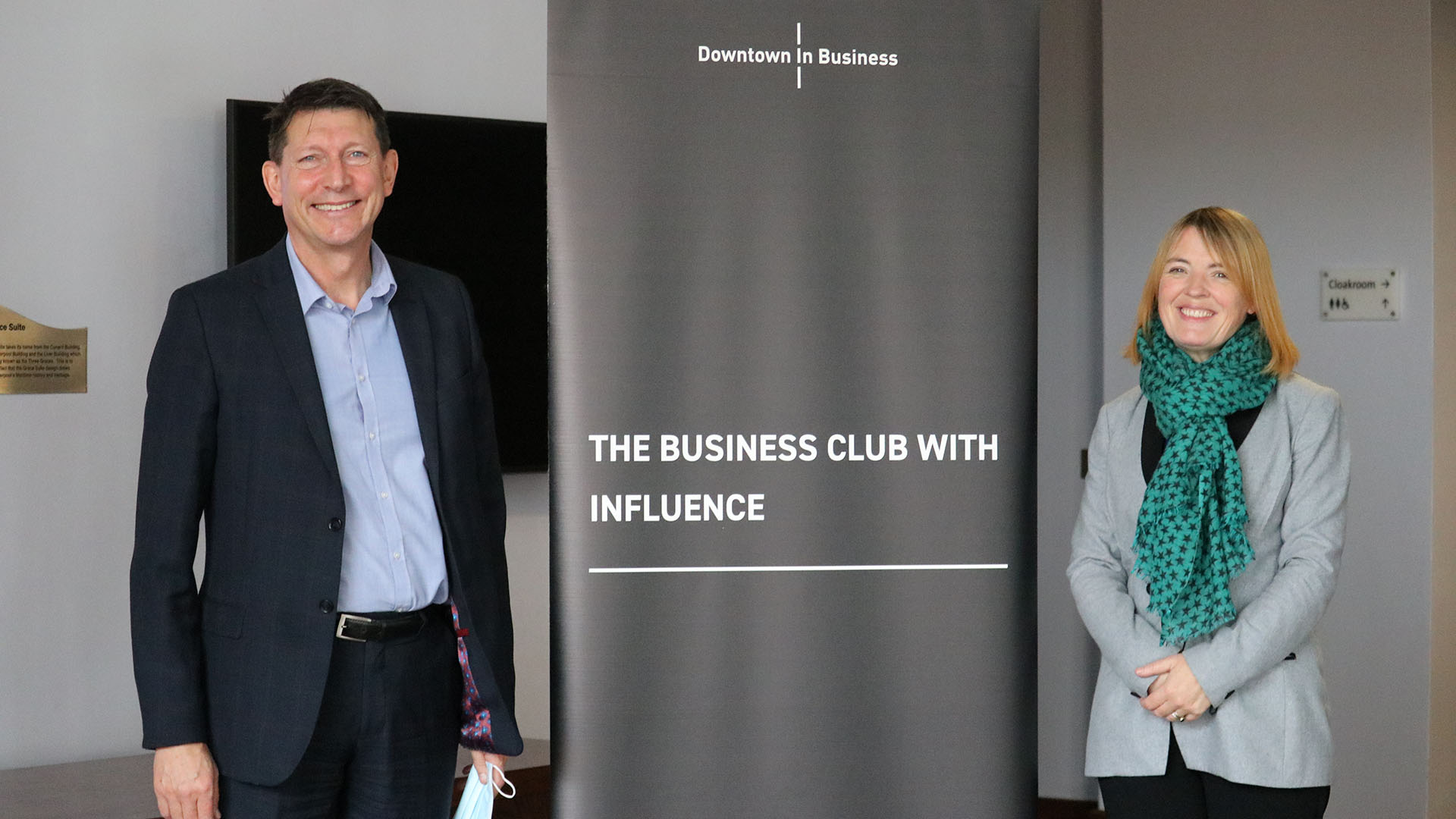 Downtown in Business hosted a COVID-safe business meeting with the Director for Culture for Liverpool City Council today at the Hilton Hotel Liverpool. The Hilton Hotel hosted 15 leading decision-makers from the Liverpool City Region to talk about everything from Claire’s early career to the development of Liverpool Without Walls and the City Council’s plans for the highly anticipated year of 2021!

Claire began the session by taking the room on a whistle-stop tour of her eclectic career. Claire began work as a community art coordinator in Speke, she helped begin the regeneration of Speke alongside Charlie Parker, who told her a nugget of information she’s brought all the way through to her role as Director of Culture ‘In order to attract people to a place, you need to give it a heart’.

Claire then moved to the Liverpool City Council, she stated that the city had ‘forgotten what it had’ and was beginning to spin a narrative of decline. But, once the word of a possible shortlisting for the Capital of Culture started to gain some traction, the once fractured city, business community and art centres began to come together to really fight for the title. Originally, Claire and her team considered a shortlisting for the Capital of Culture to be a success, but once they had got Liverpool on the shortlist there was no stopping them and they had a whirlwind ride to being crowned Capital of Culture.

Claire then began to talk about the council’s plans for coming out on the other side of the COVID pandemic. She said March seems to be the starting off point for next year, she wants the help of the business community to get the city back on its feet, but not slowly, she said she believes Liverpool can and will come out fighting!

Liverpool Without Walls was also a hot topic during the meeting. The initial plan for the scheme was to aid small and medium hospitality businesses with the money to be able to put seating outside their venue in order to allow their customers to dine outdoors whilst also expanding their seating capacity after they were slashed due to social distancing. But, the scheme has become so well-loved by everyone in the city and business community that there are plans to extend it into next year with live outdoor events being brought under the umbrella of Liverpool Without Walls, to bring people to large but safe events in the city.

Downtown in Business CEO Frank McKenna asked Claire ‘Why does Tier 3 feel so different to Tier 2?’, highlighting that there isn’t much difference between the tiers except that a pub is not allowed to open if they cannot serve a substantial meal. Claire responded that she thinks the communication coming from the government needs to change, at the moment to language is very negative with the public repeatedly being told what they can’t do, as opposed to what they can do. Claire commented that this narrative needs to change and she and her team are working hard to put the word out that there are things you can do in Liverpool, and Liverpool is most certainly open!

Jayne Moore, the managing director of Jayne Moore Media asked Claire, ‘How can business leaders get involved with cultural partnerships?’ and Claire highlighted which launched its’ first act earlier this much too much acclaim. The festival brings a brand-new story about how culture and business can work together as well as bringing an international business festival to Liverpool. Claire mentioned that local businesses will be able to engage with the festival more as it rolls out the second phase in March of 2021.

Bill Addy, the Chief Executive of the Liverpool BID Company mentioned he was feeling very invigorated despite the current circumstances, he said that prior to lockdown in February Liverpool’s footfall was more than 20% higher than it had been in 2019, and 2020 was set out to be a great year for Liverpool. He also stated that COVID has brought us together and that in the midst of a battle, like the one much of the North is fighting now, you need a great leader and Liverpool has some brilliant leaders.

Claire finished the meeting by teasing that we should be expecting some big things as she and her team at the council have some great plans for Liverpool in 2021.