Is this the safest residential tower in the North West? 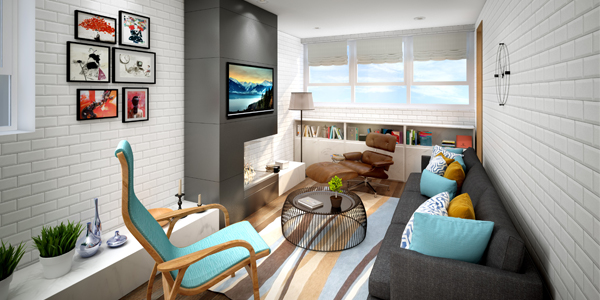 The refurbishment of the Union Building on the Wirral is now due to complete next month, June, after starting last summer 2017. The 10 storey residential tower in Wallasey, which was formally known as the Charter building, has gone through a major refurbishment and safety update in the last year. Purchased from Wirral Council by Camco Estates back in March of 2017 The Union Building is a well proportioned residential block located in an established residential neighbourhood.  A good example of 20th century municipal architecture the refurbishment programme of the 42 two bed apartments respected the original design intent, whilst at the same time bringing the building into the 21st century. The external improvements ensured that the building continues to sit well with its domestic neighbours, whilst the internal refurbishment brought the building upto date with the latest modern design. Since the terrible fire in the Grenfell Tower in North Kensington, London in June of last year high rise buildings in the UK have been under huge scrutiny. Regulations in England mean that only buildings constructed since 2007 and which are taller than 30m are required to have sprinklers fitted. Existing high-rises in England must only have sprinklers fitted if a fundamental change is made to the structure or use of the building. Nowhere in the UK is it a requirement to retroactively fit sprinklers in existing buildings. Camco Estates though made a conscious decision at the cost of one million pounds to make every possible fire and safety improvement possible to The Union Building.  A new fire regulations lift with fire escape facility was fitted. A new fire safety detection system was installed in each apartment. A new Klaxon alarm was fitted on each floor. Two hour fire retardant ceilings where installed on every floor. There are fire doors with closers and smoke alarms to all floors and last but by no means least the biggest investment was the fitting of sprinkler systems to each and every floor. A meeting took place in early July of last year between Camco Estates and their fire, legal and media representatives and the local resident’s society for the area to address any fire, cladding and safety concerns. Present at that meeting was Cllr Thomas Usher who said “In the wake of Grenfell Tower, providing safe, high quality housing for local people should be a top priority. The new fire safety plans for The Union Building has assured me that this is what will be delivered for our residents.” A spokesperson for Camco Estates added “We always work towards a high specification and fit out on all our projects. During our initial rip out of The Union Building news broke of the terrible fire in London and we liaised with the local fire department and health and safety experts and came to the decision that we wanted to make this building the safest we possibly could.” The site will now see tenants moving in from the end of June onwards and across this summer. A mixture of owner occupiers, investor purchased and rental market.