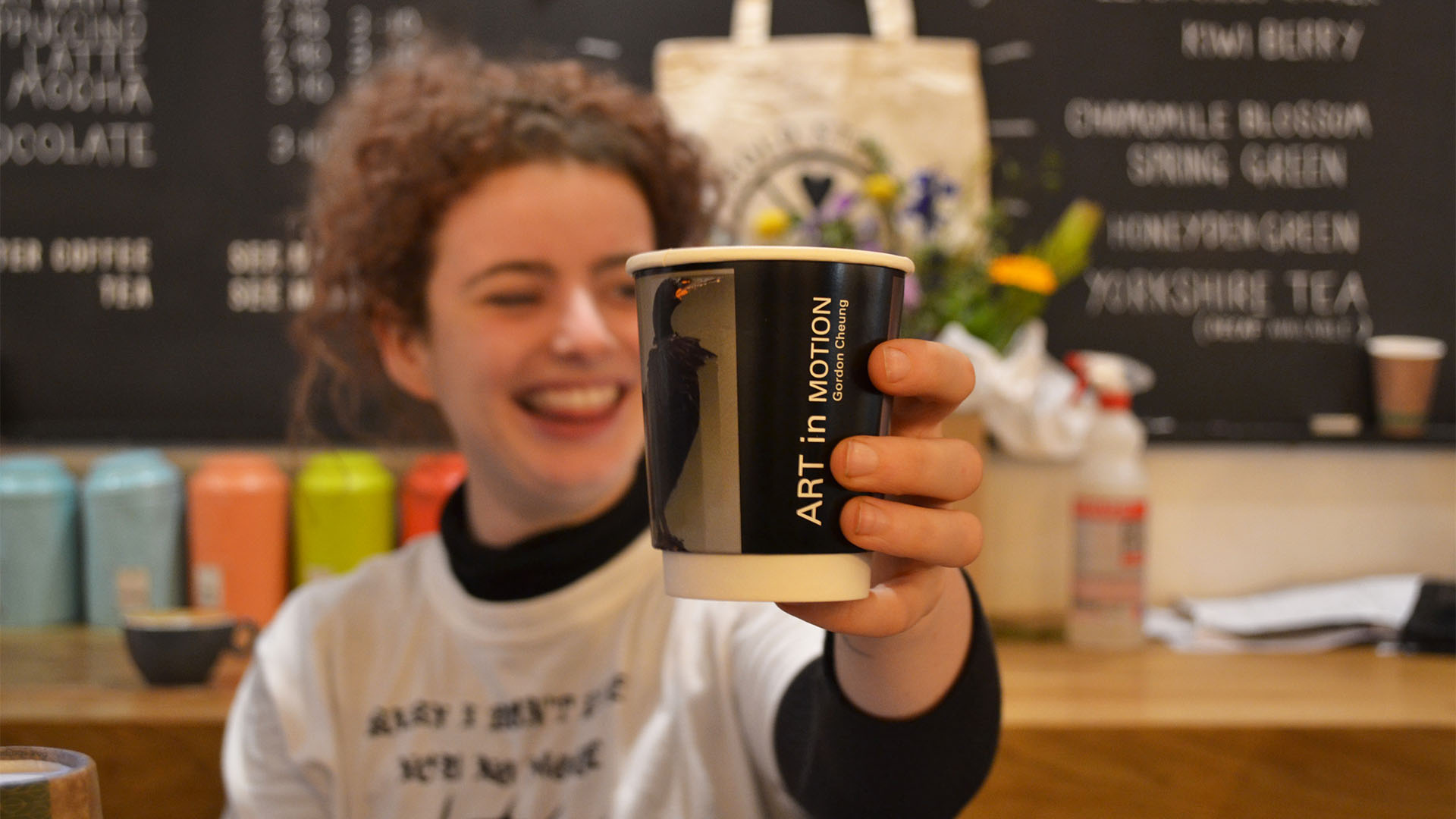 Artworks will infiltrate daily life in Liverpool as the first stage of Art in Motion takes hold of the city’s Commercial District. An exciting partnership between Liverpool Biennial and Liverpool BID Company, Art in Motion sees artists create works which are distributed through city life in collaboration with Arriva, Merseytravel and local businesses. Initially featuring specially commissioned ‘glitch’ based artwork by contemporary artist Gordon Cheung, two further artists will be unveiled later in 2020.

From 20 January 2020, commuters and visitors across Liverpool’s Commercial District can encounter and collect Cheung’s artworks within the fabric of everyday life – on takeaway coffee cups, on internal graphics and tickets across the Arriva bus network, as well as on posters. The specially printed coffee cups are available at Baby E Coffee & Deli, Bloom & Bean, Bold Street Coffee, Cafe Lucaya, Espresso Café (at Bluecoat), Esquires Coffee, Hemingway’s Café, The Red Berry Club, Rococo Coffee House, Rope & Twines and Thoughtfully Café. A number of other exciting outlets and locations will gradually be unveiled across the city over the course of the project.

For 2020 the overarching theme of Art in Motion centres around the distinctive Liverpool Coat of Arms, which has existed in various formats since the 13th century. Each of the artists will play with ideas that interrogate the diverse history of Liverpool as a city of culture, commerce and exchange.

The first commissioned artist, Gordon Cheung, is a painter whose work explores themes of urban environments, history and speculation. He is known for working with pixel-sorted algorithms to produce ‘glitch’ prints of tulips. For his Art in Motion commission, Cheung is responding to Liverpool’s historic past and dynamic present by creating a series of ‘glitch’ based artworks inspired by the flowers and birds which appear in the city’s Coat of Arms. 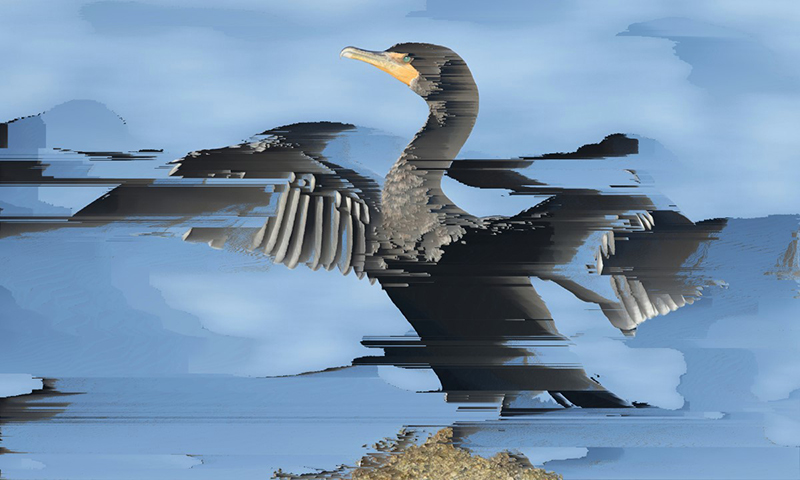 “Commissioning and presenting quality and thought-provoking public art such as Art in Motion is vital in our commitment to enhance the areas we represent for our BID levy paying businesses and help create the catalyst for further activity and development in the future.

Our partnership with Liverpool Biennial goes back a long way, and was set up following a robust public consultation with our BID levy paying businesses located in the Commercial District BID, who made it clear that there is a real appetite for new public art in the area.

Art in Motion will raise the profile of the Commercial District, making it more attractive to work and dwell in, and in the vein of other works that the BID has brought to the area, such as The Liverpool Plinth in partnership with dot-art and Liverpool Parish Church, will bring a smile to the faces of those living and working in the neighbourhood, and hopefully instil a sense of local pride in this great city of ours.”

“We are thrilled to be working with Liverpool BID Company to bring exciting artworks to the city’s Commercial District.

Art in Motion represents an opportunity for people to encounter contemporary art in their daily lives – our vision is to charge Liverpool with ambitious artworks that reach out and engage with people living and working in the city. For the first phase of the project, we are delighted to have commissioned Gordon Cheung to respond to Liverpool’s emblematic Coat of Arms with a series of invigorating, painterly images.

We are grateful to Liverpool BID Company for their openness, trust and commitment towards Liverpool Biennial and for working with us to make outstanding art happen, both in the city’s Commercial District and further afield.”