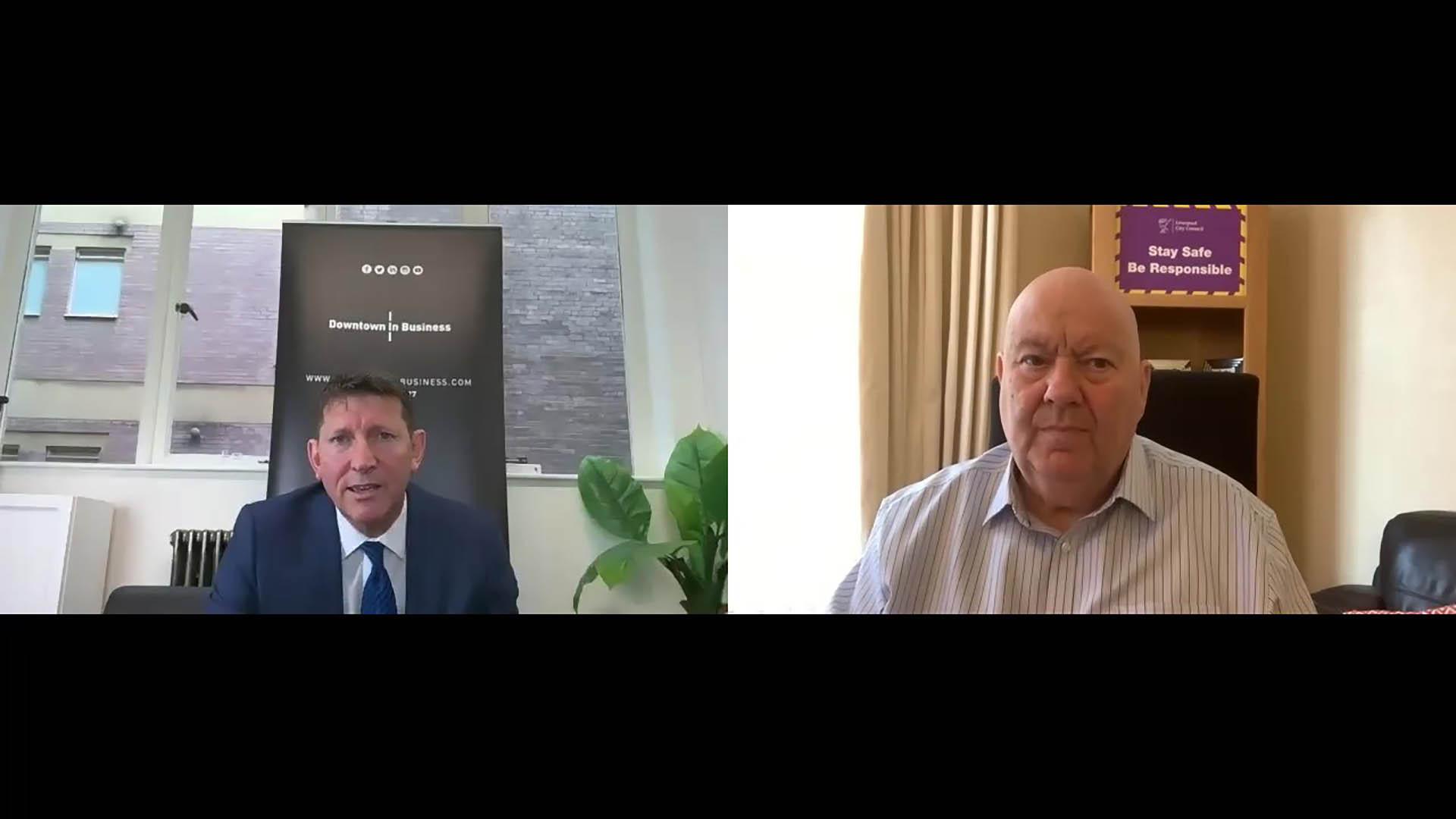 In an exclusive event hosted by Downtown in Business and the Liverpool BID Company this afternoon, the mayor of Liverpool Joe Anderson has said that he wants to work with the private sector to mount a legal challenge against the government if the Chancellor refuses to establish a comprehensive furlough scheme for the city’s business community.

In conversation with DIB chief executive Frank McKenna Mayor Anderson also stated that had the government agreed a two week circuit break for the city when he asked them to in September, Liverpool would have avoided being named as a ‘tier three’ area yesterday.

“The idea that I have rolled over and agreed to these restrictions is, to use an old Liverpool phrase, bollocks.

“The health data shows that action needs to be taken, but I am demanding that the government offer us a Furlough scheme the same as we had back in March. The have set a precedent. If they close businesses or prevent businesses from trading properly, then they must compensate those companies accordingly.

“I do believe that had they (the government) taken my advice five or six weeks ago, introduced a short, sharp two- week circuit break, then the city would have been in a better place now. I also told the government that gyms were safe and should remain open, alongside our hospitality sector which has invested thousands to make their places Covid-safe.

“We have introduced a £40m grant scheme to support businesses and details of how you can apply will be released shortly. But I can assure you I am fighting tooth and nail for our business community and if we don’t get that comprehensive business support package from government, we should challenge them in the courts.”

“I think Joe Anderson gave a robust response to critics who feel that Liverpool’s leaders hadn’t done enough to resist the government’s approach to Liverpool. Alongside other business leaders this afternoon, we will be discussing how we can progress the idea of a legal challenge to these plans, if, as is being suggested at the moment, there is no further financial support for the city’s business community from the Chancellor.”