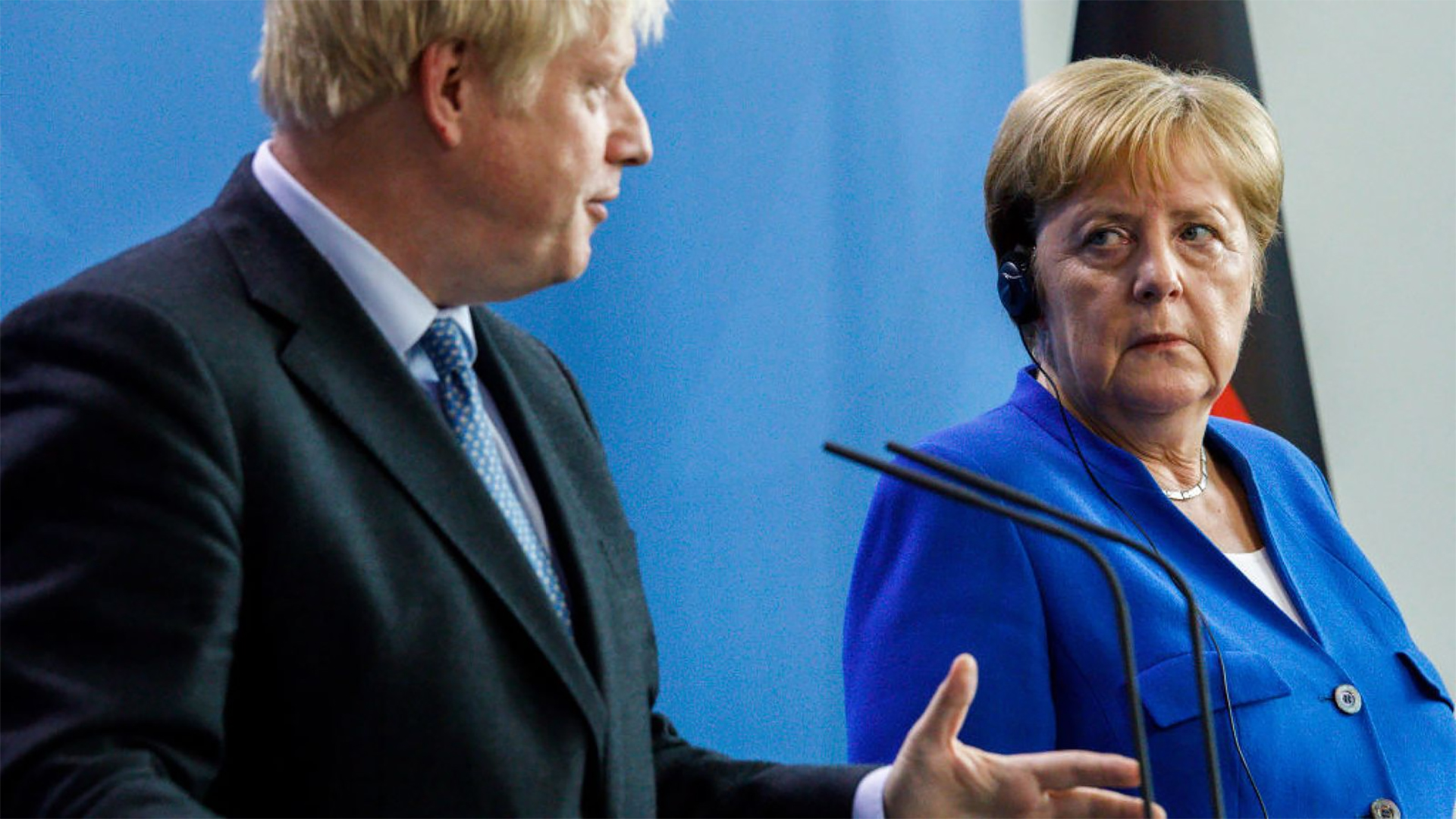 In the movie ‘Dumb & Dumber’ Jim Carey (Dumber) asks the lead female character if there is any chance of them having a romantic affair. “A million to one chance” she says.

Carey’s face lights up as he exclaims “So, there is a chance.”

I was reminded of this scene when reading some of the wildly overly optimistic reports of this weeks’ meeting between German leader Angela Merkel and PM Boris Johnson. To suggest that Merkel was offering some huge concession on the deal it took her and other EU leaders three-years to agree with Theresa May during her conversation with Johnson is a distortion of reality that would make even the most ardent of Brexiters blush.

Although the German Chancellor was as optimistic as it was possible to be, her comment that the backstop has only ever been a fallback that would be rendered defunct when the nature of the final relationship between the UK and EU is resolved to mutual satisfaction is simply the restating of a fact.

Her offer to Johnson to come up with an alternative solution in thirty-days, seized upon as revelatory offer by some, was Merkel’s “million to one chance” remark to our PM.

Talking of ‘Dumb & Dumber’, the new Liberal Democrat leadership made its first major mistake this week when Jo Swinson and Chuka Umuna took to the airwaves quicker than Usain Bolt on speed to rubbish Jeremy Corbyn’s offer to become a ‘caretaker’ PM to stop a ‘no-deal’ Brexit.

They quickly found themselves to be out of step with other Remain parties, including the SNP and the Greens, and have since been a little more conciliatory in tone, but what they did demonstrate is the wider ‘Remain’ problem.

The muddled messages and arrogance of the failed ‘Yes’ campaign three- years ago has been followed by a huge amount of complaining from those who wish to see the UK stay in the EU – but very little in terms of them producing a cohesive strategy to stop our leaving. Indeed, this lack of cohesion may now result in a ‘crash out’ scenario.

They could have supported any one of a range of options that were put to the House of Commons earlier this year, but they voted every single one of them down.

Now, the leader of the opposition is offering a legitimate way through the ‘no-deal’ mess and the Liberal Democrats – and leading Tory Remainers- are failing to grasp the opportunity.

It has been suggested that between them Speaker John Bercow, former Chancellor Phillip Hammond and Remainer-in-Chief Dominic Grieve have a cunning plan to use parliamentary procedure to prevent the ‘No-Deal’ course set by the government. We will see. But, if the past three years teach us anything, it is that Brexiters have become more belligerent and determined in their quest to cut all ties with the EU, whilst Remainers have fiddled as Rome Burned.

Three years ago, I truly believed that the country would find its way out of our self-inflicted Brexit mess. I have maintained that belief until now. The greatest threat of a ‘no deal’ Brexit is coming from Remainers and their actions this week suggest that they have yet to learn that lesson. Will they do so before it’s too late? It may be too late already.