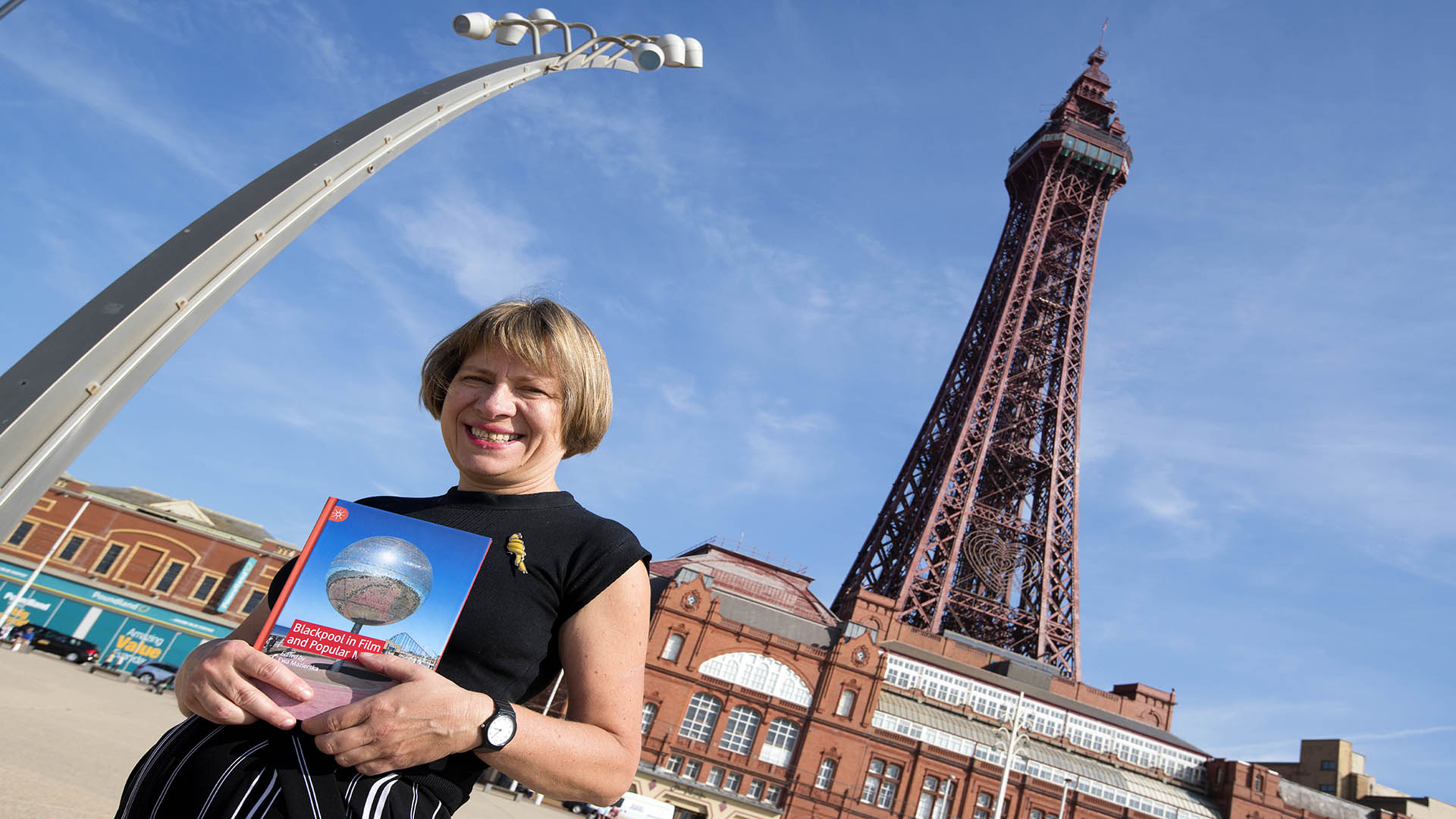 A new book has been created which discusses Blackpool’s place in British film and popular music culture.

‘Blackpool in Film and Popular Music’ has been edited by Ewa Mazierska, a Professor of Film Studies at the University of Central Lancashire (UCLan). She has brought together chapters written by a variety of authors, some of whom were born, resided or worked in the seaside town, or who are global academics.

Professor Mazierska, who is co-chair of Music Research at UCLan, said: “The new book presents Blackpool’s unique place in British culture through examining films and songs about Blackpool and artists connected with this town.”

Blackpool’s Chad Bentley, who is a PhD student at the University of Sheffield, discusses how Blackpool is represented in the films Away and Bob’s Weekend, while Cecilia Mello, Senior Lecturer in Film and Audio-visual Media at the University of São Paulo, in Brazil, explores the cinematic representation of Blackpool in Hindle Wakes, A Taste of Honey and Bhaji on the Beach.

Former Warbreck High School for Boys pupil Colin Appleby, who has also been a Curriculum Leader and Manager at Blackpool & The Fylde College, asks what has happened to Blackpool’s contribution to the music industry and popular culture over the past half a century.

UCLan Principal Lecturer Les Gillon analyses songs devoted to Blackpool, from the 1930s to the present day. He states: “For many musicians Blackpool stood for what is best and worst about England; hence many of the songs, particularly those produced in post-war period, have a bitter–sweet taste.”

Researcher Kamila Rymajdo, who also works as a journalist for music and popular culture magazines, writes about the phenomenon of the town’s grime music, while

Blackpool based Philip Smith, a record collector and correspondent for Universal Records, examines the career of Blackpool punk-influenced band the Ceramic Hobs, and their frontman Simon Morris, who died in 2019.

Professor Mazierska, who has written a chapter about three films set in the town, added: “These chapters do not exhaust the connections between Blackpool, popular music and cinema. However, they demonstrate the richness of Blackpool’s history and culture and its importance in constructing and projecting British identity.”

‘Blackpool in Film and Popular Music’ is available to buy from Palgrave Macmillan: https://www.palgrave.com/gp/book/9783030499341