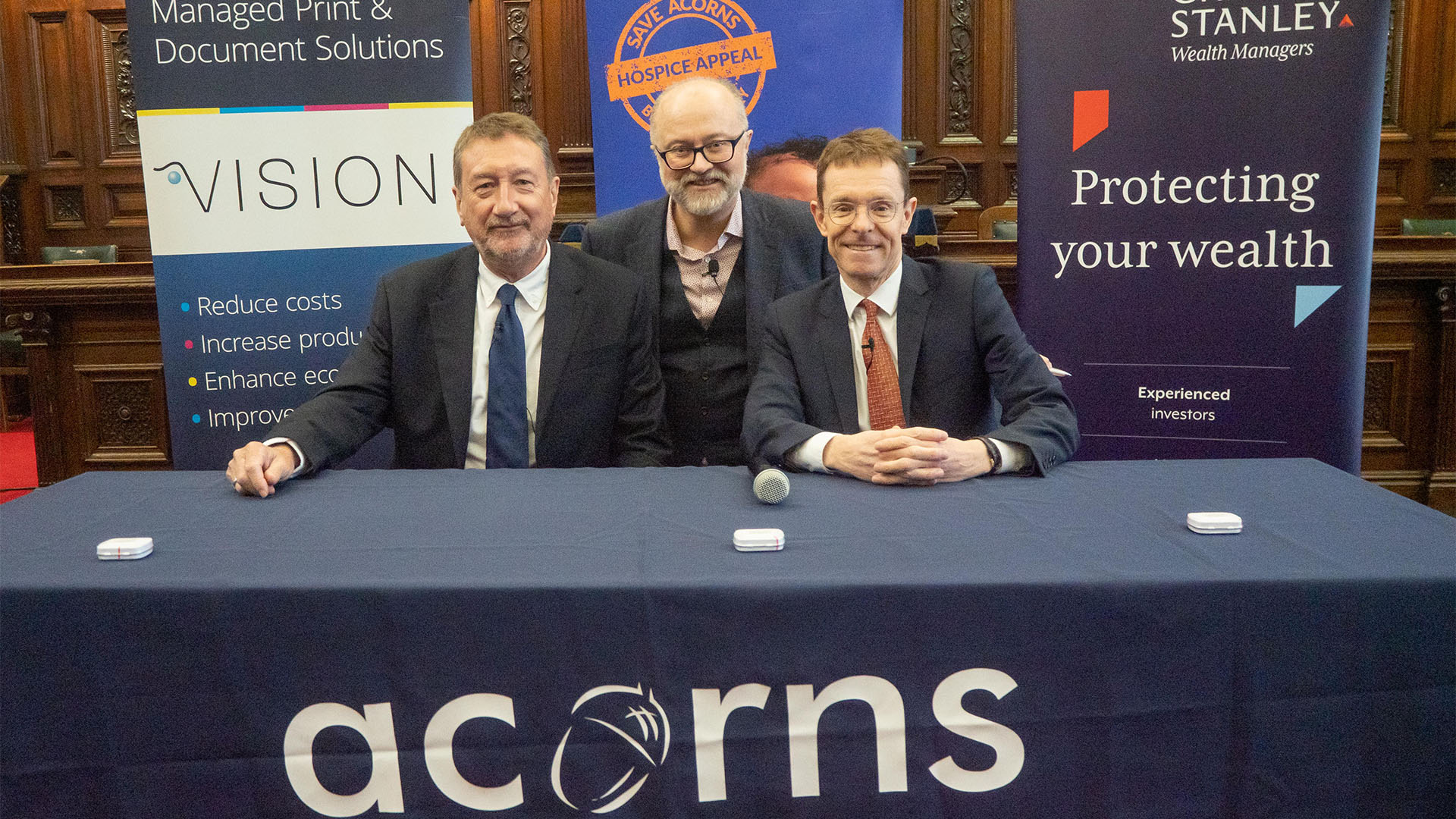 Two of the region’s best-known faces came together for an exclusive event in aid of a local children’s hospice.

A shared passion for the West Midlands may have united Steven Knight and Andy Street in in the past, but their commitment to an urgent fundraising appeal from Acorns Children’s Hospice brought the formidable duo together in Birmingham yesterday (Thursday 5 March).

Guests were treated to an intimate discussion between Steven and Andy, during which the inspirational speakers shared their reasons for backing Acorns Appeal as well as their vision to make the creative arts as much a hallmark of Birmingham’s identity as its rich industrialist past.

Steven Knight said: “Acorns as a cause is so special. If my presence can have an effect on the amount of money raised, why wouldn’t I be part of this event?

“This Appeal should be important to anybody who is a human being. How could you not want this hospice to thrive and continue – it makes no sense to me. In a world where it shouldn’t really be down to individuals to donate, it is. So, while that’s the case one should do what one can to help.”

Andy Street added: “Just brilliantly the people of the Black Country came together to say, ‘no, we are going to raise money to keep this place open’ and on the back of the promise of that fundraising the Board of Acorns decided that they were going to suspend the closure of Acorns in the Black Country and keep it open.

“But we’ve now got to raise £2million. Hopefully this event will put just a little bit more money in the till for a very good cause.”

Steven Knight is best-known as the creator and writer of the BBC smash-hit series Peaky Blinders and as a pioneer of British storytelling. While Andy Street, a former managing director of John Lewis, was elected as the first Mayor of the West Midlands in 2017.

The pair have joined forces with some of the West Midlands most influential figures from TV and film to launch Create Central; a powerful new body set to revolutionise the region’s creative industry.

Toby Porter, Acorns Chief Executive, said: “We simply cannot thank Steven and Andy enough for everything they’ve done, not just as advocates for Acorns and the lifeline care we provide children and families but for lending their support to our Appeal with such enthusiasm.

“This event is a prime example of their willingness to make the Save Acorns Black Country Hospice Appeal a success and illustrates the strength of support we’ve had from across the region so far.

“Thank you to Steven and Andy and everyone who attended this incredible event. I’m proud to reveal that our fundraising total now stands at £660,000 and continues to grow. I’m confident that with the continued support of the public and the backing of people like Steven and Andy, we will reach our £2million target.”

To find out more about how you can support the Save Acorns Black Country Hospice Appeal or to make a donation, please visit www.acorns.org.uk/appeal