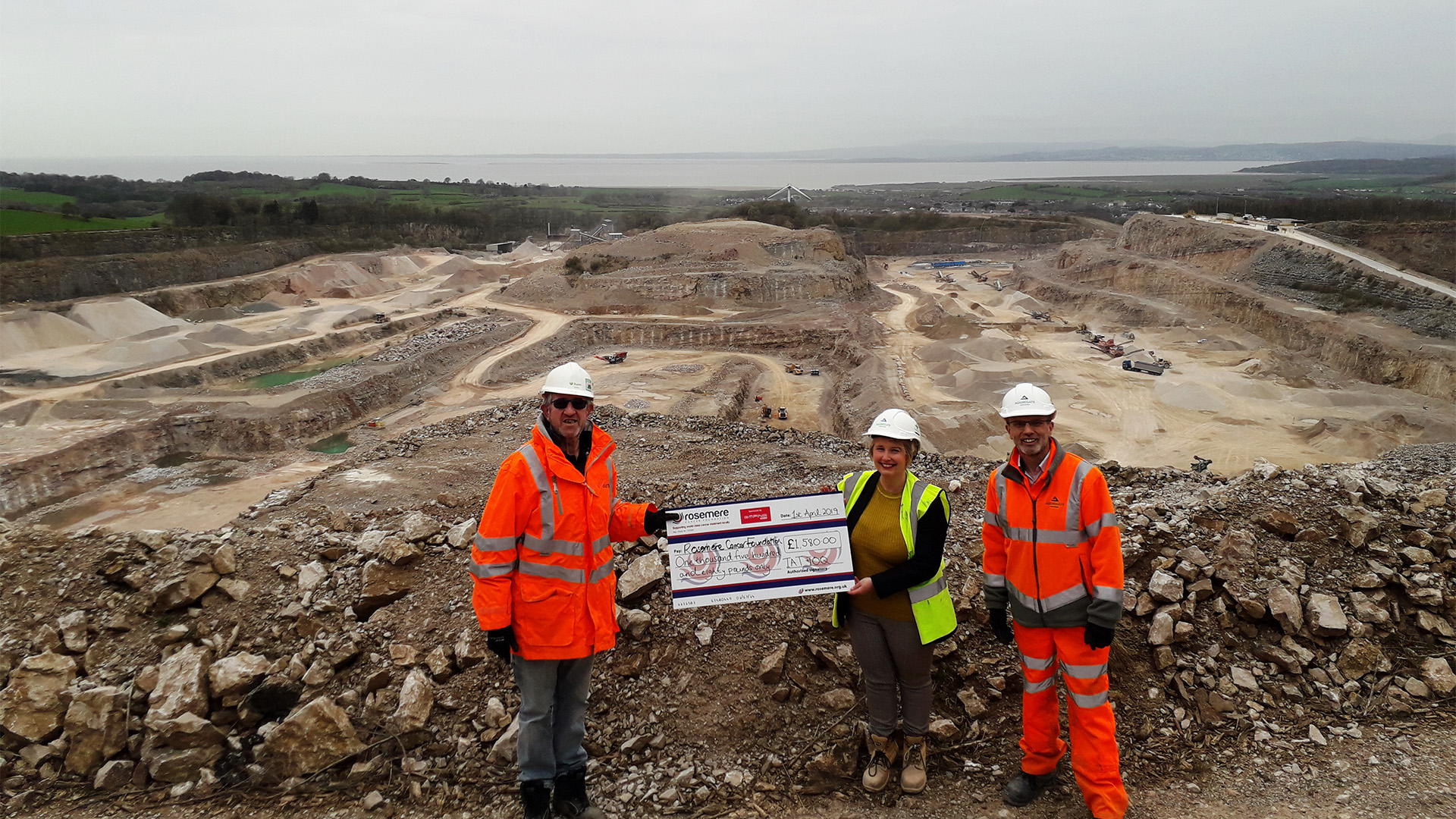 A ball jointly organised by the Institute of Quarrying Lancashire Branch and Institute of Asphalt Technology Pennine Branch rocked as far as Rosemere Cancer Foundation was concerned as it led to a £1,580 donation to the charity.

Rosemere Cancer Foundation was chosen as one of two official ball charities after being nominated by retired member and former chairman of the Institute of Quarrying Lancashire Branch Glyn Barnes.

His wife Caroline was also successfully treated at Rosemere Cancer Centre in 2013 and since then, the institutes’ annual ball has been a bedrock of support. Over the intervening years, subsequent balls have raised a combined total of £5,140 for Rosemere Cancer Foundation, whose grants and corporate fundraising manager Cathy Skidmore visited Carnforth’s Back Lane Quarry, owned by Aggregate Industries, to receive a cheque from the 2018 ball.

Rosemere Cancer Foundation works to ensure cancer patients from throughout Lancashire and South Cumbria access world class treatment by funding cutting edge equipment, research and other services that are beyond limited NHS resources at not only Rosemere Cancer Centre but also at another eight local cancer units, including that at the Royal Lancaster Infirmary.

For further information on its work and how to donate, visit www.rosemere.org.uk