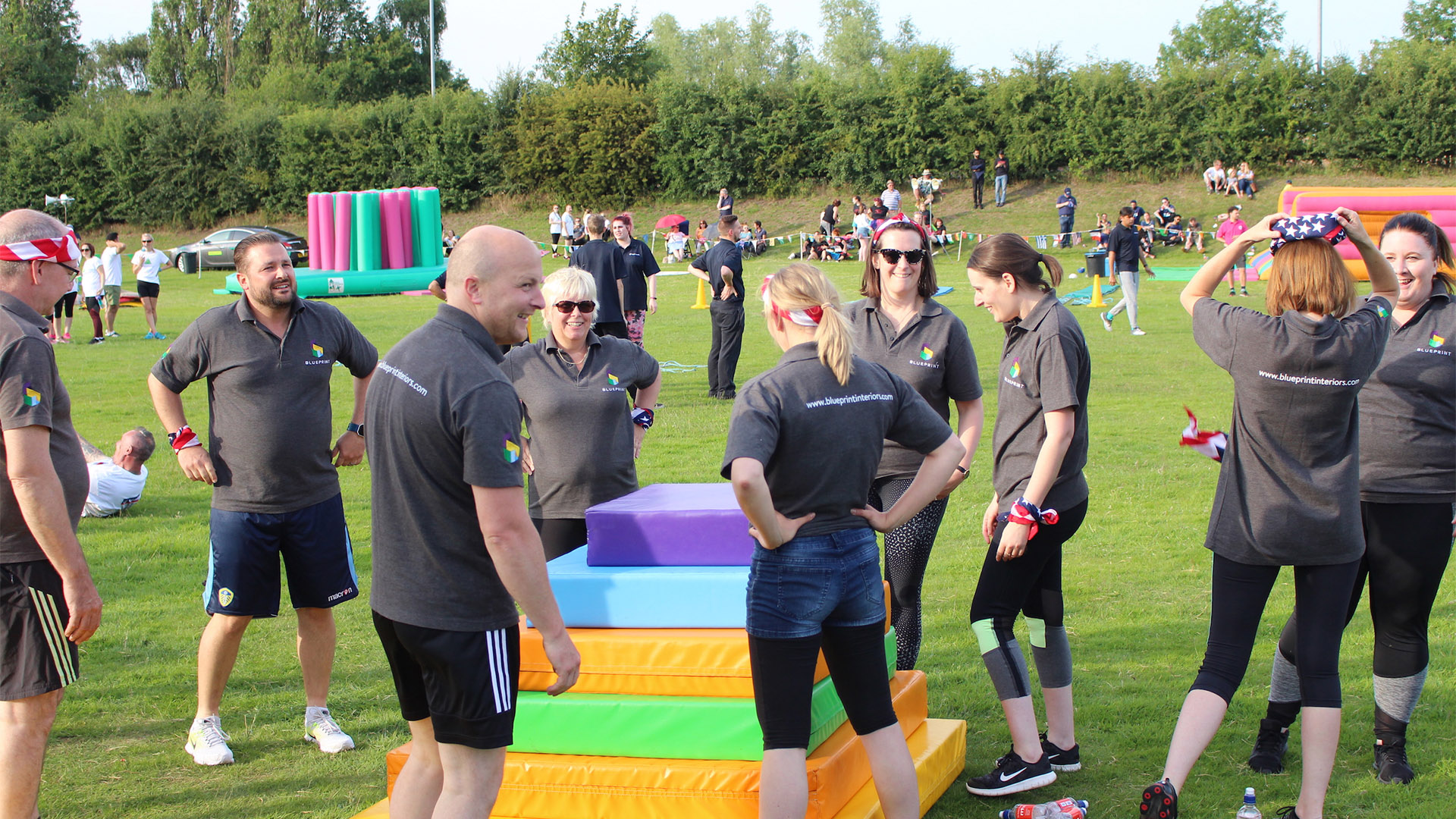 Share on facebook
Share on twitter
Share on linkedin
Share on whatsapp
Last year teams ventured onto water to compete in a Dragon boat race for the annual Rainbows Hospice for Children and Young People Charity Day, but this year the theme was the ever-popular TV show “It’s a knockout” - albeit competitors still got very wet!

Last year teams ventured onto water to compete in a Dragon boat race for the annual Rainbows Hospice for Children and Young People Charity Day, but this year the theme was the ever-popular TV show “It’s a knockout” – albeit competitors still got very wet!

In total, the charity day raised over £17K as 20 teams from organisations from across the East Midlands competed against each other. Every team paid a registration fee of £150 and had to commit to raising a minimum sponsorship of £700.

Like a school sports day for adults, ‘It’s a Knockout’ was a hilarious hit TV show. Rainbows teamed up with Gable Events to bring their own take on the event which took place on Thursday 4th July on the 3M sports field in Loughborough.

All teams taking part committed to fund raise for Rainbows and workplace design consultants and interior fit-out specialists Blueprint Interiors, based in Ashby de la Zouch, was one of the teams to take part, raising £790.

Commenting, Operations Director, Rachel Biddles said, “We’ve had the pleasure of working with and getting to know the lovely team at Rainbows and the incredible work they do. Children with a short life to live have a lot of living to do and Rainbows makes every minute special so we were delighted to get involved.”

Teams of between 6-10 people took part rotating through 12 different games, from a banana dash and dinghy derby, to a basketball shootout and (of course!) a costumed chicken run. The team with the most points and overall winner was Personnel Solutions Ltd, 2nd place was DCI-Artfrom and 3rd place went to GEDA Construction.

Commenting, Kate Golding, Head of Organisational Giving for Rainbows added, “Combining a mix of costumes, inflatables and water, the games tested teamwork, strength, stamina and balance – plus, stomach muscles got a great workout too from all the laughing! Everyone had a fantastic day and we’re really grateful to everyone who took part for helping us raise money to support our charity.”

As the East Midlands only hospice for children and young people, Rainbows opened in 1994 to provide a place where life limited children and their families can find care and support. If your company would like to take part in the 2020 event please email – kate.golding@rainbows.co.uk