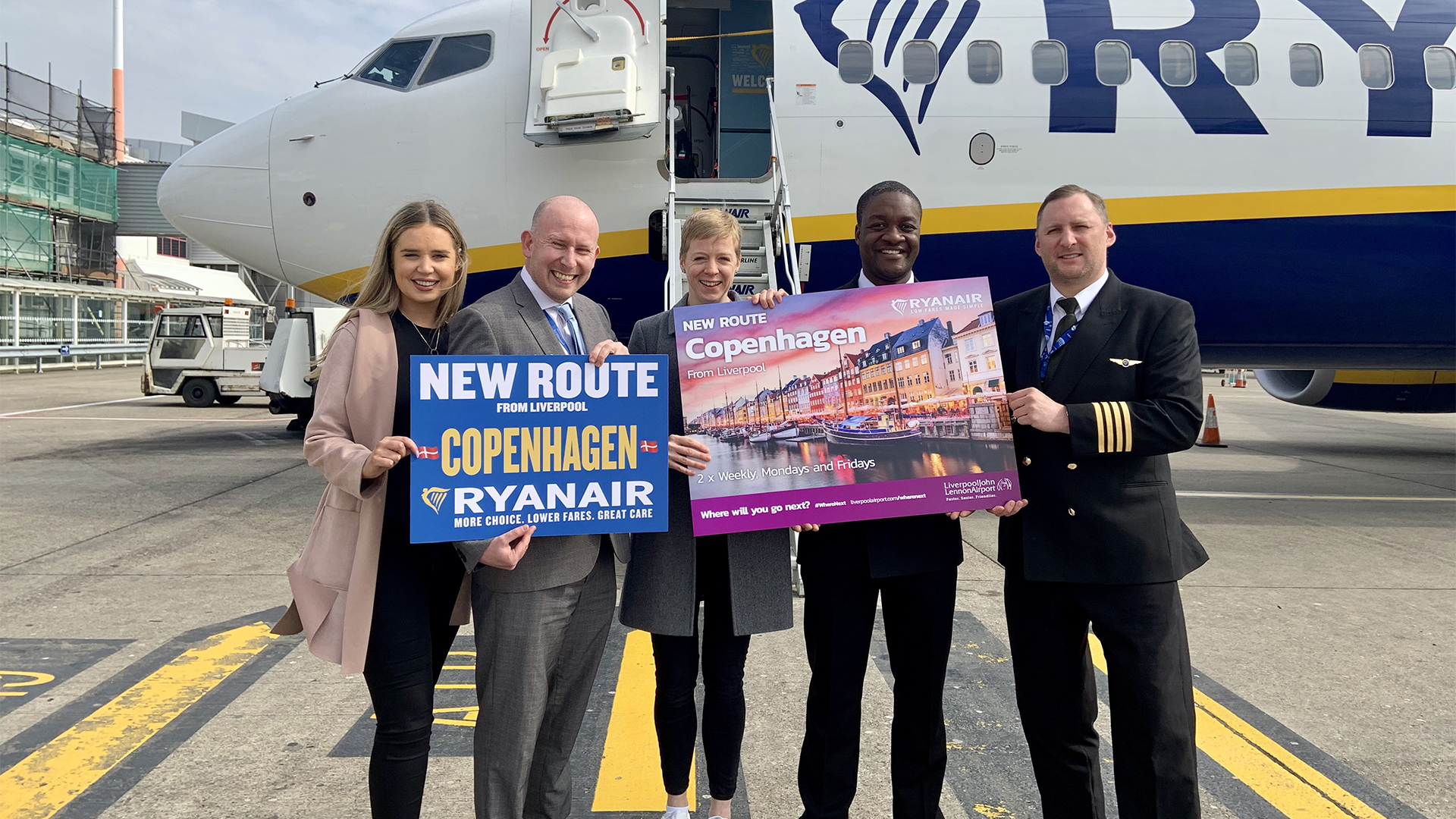 To mark the start of this new Liverpool route and the official launch of the summer season, Ryanair released seats from Liverpool to Copenhagen at prices starting from just £14.99, for travel in March, April and May.

“We’re pleased to officially launch our new daily service from Liverpool to Copenhagen. To celebrate the start of this new route, we are releasing seats on sale from £14.99, for travel in March, April and May, which are only available for booking on the Ryanair.com website until midnight Friday (30th March). Since these amazing low prices will be snapped up quickly, customers should log onto www.ryanair.com now and avoid missing out.”

“We are delighted to be launching a new scheduled service from Copenhagen, allowing passengers from across the North West region to travel to the Danish capital from the region’s Faster Easier Friendlier Airport. Additionally, the new route provides passengers from Denmark to come to the third most visited city in the UK, according to the recent Trip Advisor Annual Travellers choice awards, as well as the wider North West region.”