Simpson reflects on his career, the North & the Capital 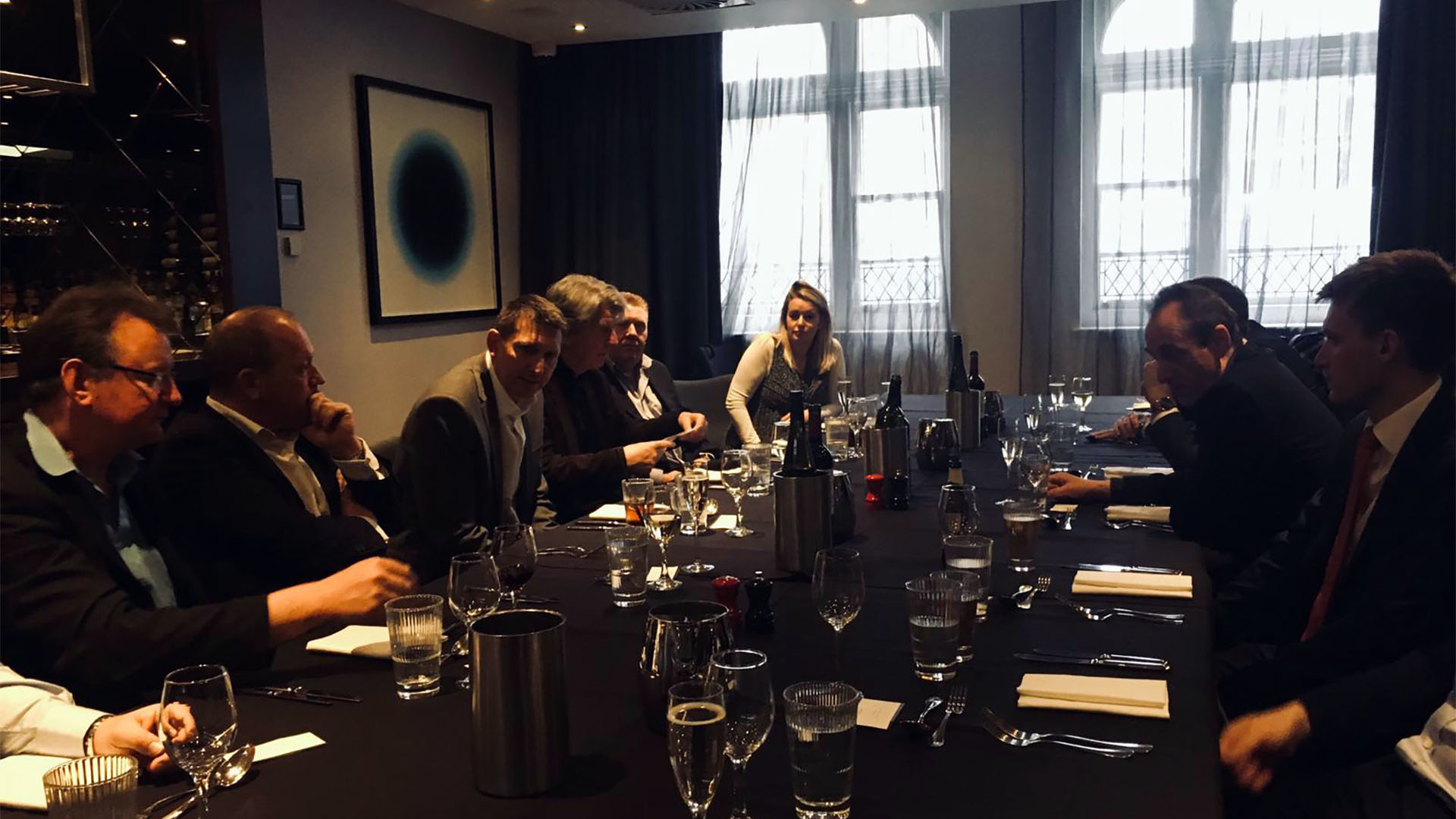 Hosted at the Malmaison hotel, twenty leading business leaders from the capitals property sector were informed and entertained in equal measure as Simpson reflected on delivering a catalogue of iconic developments in a glittering career.

Among Simpson designs is One Blackfriars, a mixed- use scheme in the capital featuring a residential tower, along with resident leisure facilities, a hotel, restaurants and a retail offer. His other work includes the infamous Beetham Tower in Manchester, up until recently the city’s highest structure and the spectacular Queen Elizabeth Hall in Antwerp.

In a frank hour- long conversation with Downtown members, Simpson was fulsome in his praise of Manchester’s ‘can do’ attitude and impressed by the former chief executive Sir Howard Bernstein and his planning team.

“They genuinely wanted to work with business and property professional. It wasn’t just straplines and soundbites. The fact that the city had a clear blueprint, a development strategy that it stuck to is a major reason for its renaissance over the past twenty years.”

The influence of the heritage lobby over developments in the UK, particularly in London, was clearly a frustration for Simpson, as was the capitals often bureaucratic and cumbersome planning approach. Nonetheless, he conceded that London was still the place where investors wanted to invest – though he cautioned that Brexit was a shadow hanging over the whole country, London included.

Downtown in Business will be hosting a series of events in London for the remainder of 2019.

Forthcoming events include an exclusive dinner with Sir Howard Bernstein one of the architects of the first devolution deal ‘Devo Manc’, a ‘Leaders Lunch’ with award winning property developer Tom Bloxham of Urban Splash; and a forum with leading members of the Northern Powerhouse Partnership. If you are interested in attending one of these events please contact Chris McKenna at chris.mckenna@downtowninbusiness.com

Later in the year, we are partnering with London First to organise a forum in the capital with Liverpool metro mayor Steve Rotheram.

Subscribe to our monthly London bulletin here to keep in touch with what Downtown in Business is up to.