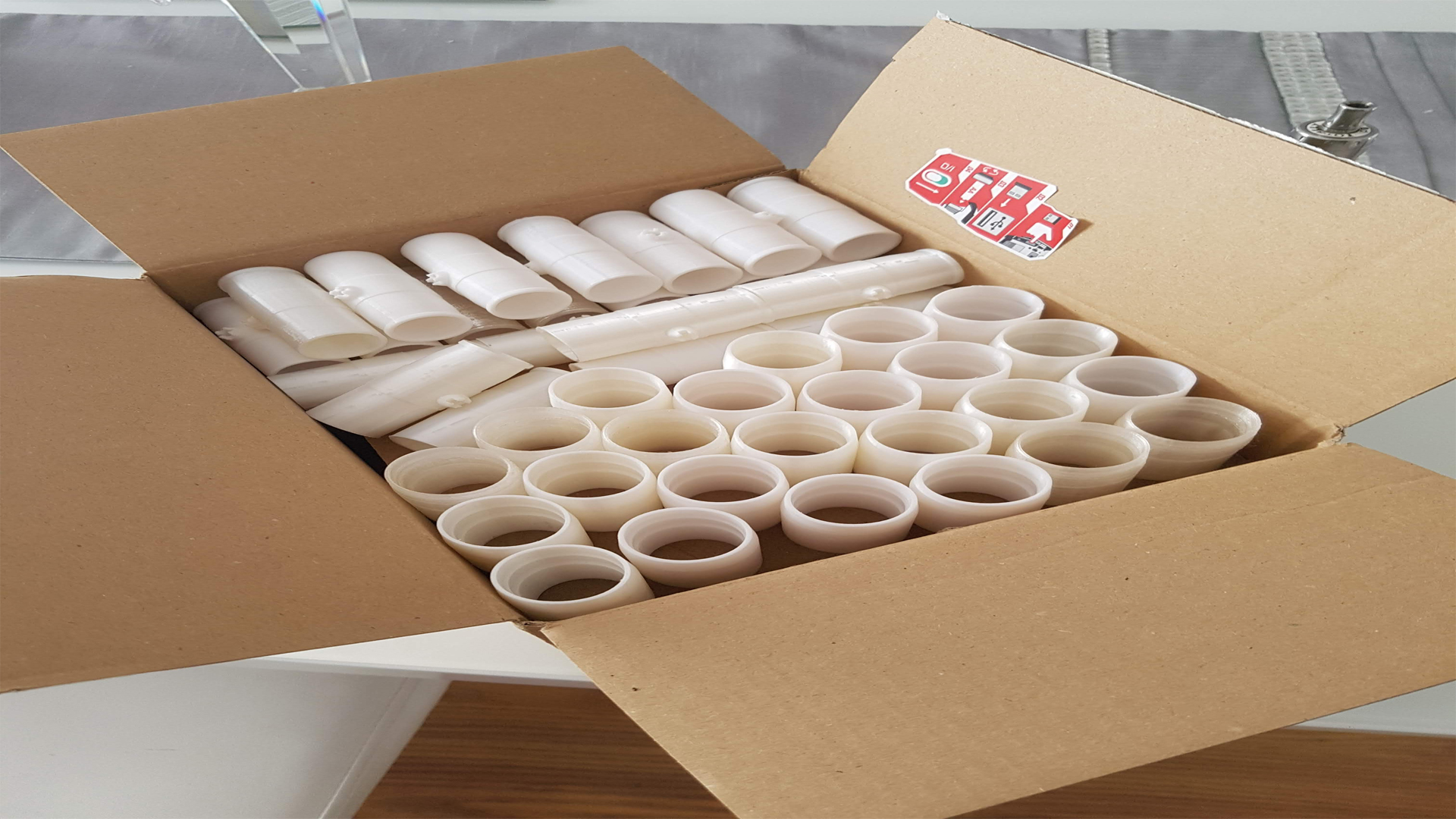 Two University of Central Lancashire (UCLan) engineering lecturers have teamed up to make potentially life-saving equipment for coronavirus patients from their homes.

These 3D printed adaptors will enable Covid-19 patients to get the oxygen supply they urgently need without the use of a highly sought-after hospital ventilator.

The duo came up with the idea after Steve was asked by a friend, who is a critical care doctor at Salford Royal Hospital, to use his 3D printer to help.

Matt met with the doctor to discuss what was required and 40 minutes later he had created the first prototype. Over the next couple of days, he developed and tested the additional brackets before printing started on day four.

Matt said: “Luckily I brought a 3D printer home from work so I was able start printing in my garage but one set of three brackets took 16 hours. Steve was set up in his utility room with his 3D printer but we knew we would need help to meet the deadline. Our colleagues Hadley Brooks and Steve Kirby stepped in to assist so between the four of us we managed to keep printing 24/7 to get all 40 sets completed in 48 hours.”

The adaptors are made of polylactic acid, the same type of material used to create Lego bricks.

Steve, who previously used his 3D printer to create toys for his three children, said: “Because these are going to be used when they run out of ventilators, the ideal situation is they would never be used but, if they are, we want to make sure that we’ve got as many as possible, so they could almost become disposable if need be.”

Matt added: “Steve and I have been like a double act for years really, so we’ve always taken on design challenges and so-called impossible things to build.

“I was so engaged with engineering this product that it only hit me afterwards what we’d managed to do in such an unbelievably small-time frame. Usually working on a project like this would take months and years to design, print, tweak and test so to do it in five days is unreal.”

He added: “If hospitals run out of ventilators then these adaptors are going to be a key thing to someone surviving this virus or not and for me it’s the reason why we do what we do, it’s the reason we’re in this role.”

Offers of help to print any additional adaptors have flooded in since Matt highlighted the work on his social media account. He added he hopes the design can be used by others for hospitals around the country.