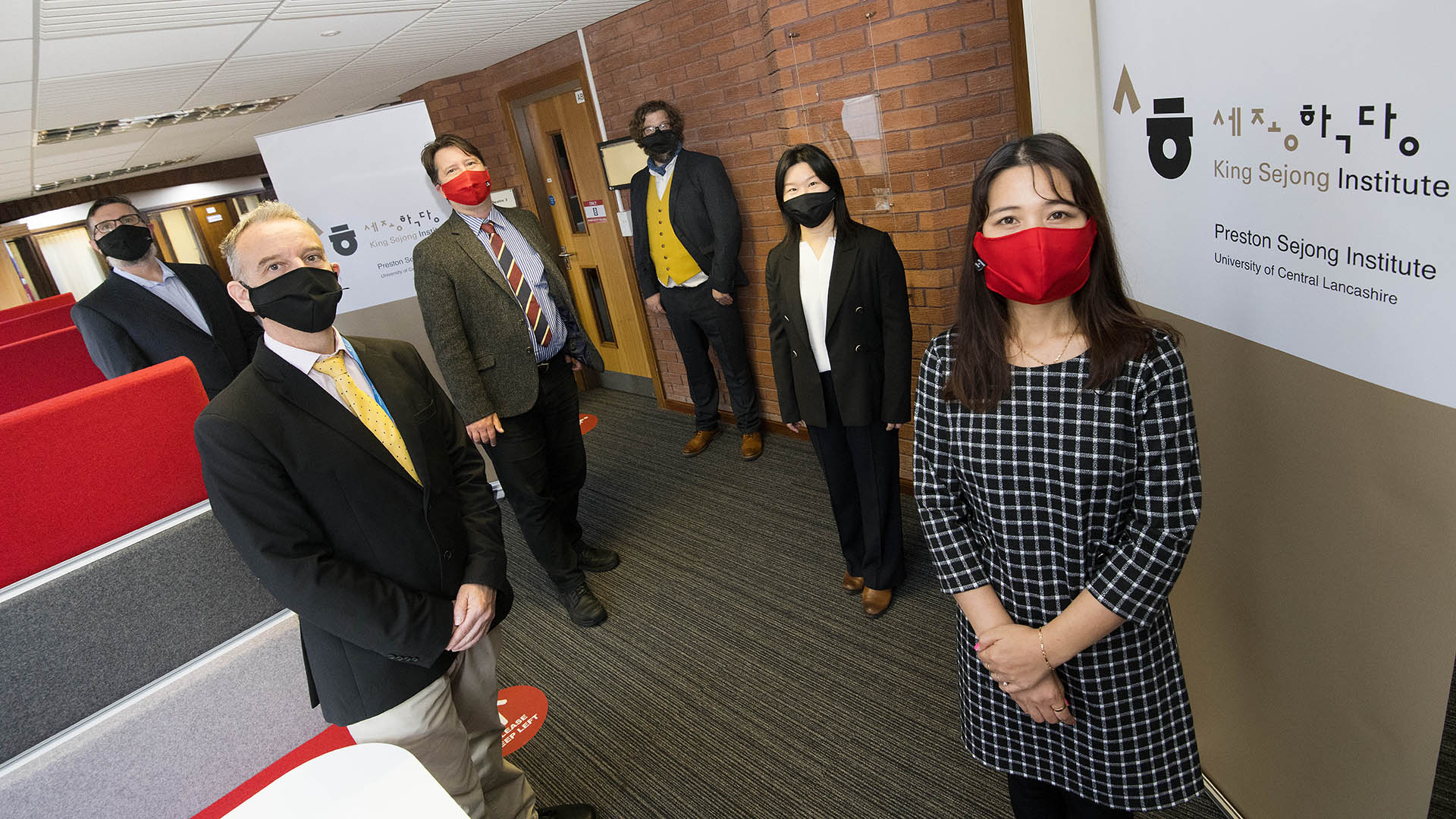 The University of Central Lancashire (UCLan) has become home to the first Sejong Institute in the UK outside of London with the aim of promoting Korean language and culture within the region.

The Preston Sejong Institute (SI) is part of the King Sejong Institute Foundation under the Ministry of Culture, Sports and Tourism in South Korea. It has been established following UCLan’s successful Korean degree programmes and a surge of interest in Korean culture in the North West.

The new Institution means that people in Lancashire and the wider region will have easy access to Korean language courses and cultural events, such as music and theatre performances that are typically held in London, and local schools and colleges can also take part in educational visits.

There are more than 167 King Sejong Institutes in 55 countries around the world but the Preston SI is one of only three in the UK. It was officially opened on the 9 October to coincide with a Korean national holiday that celebrates the creation of the Korean alphabet.

Director of the Preston SI and UCLan Korea Foundation Lecturer Dr Jeong-Im Hyun commented: “It is an absolute honour to open a Sejong Institute in Preston on our UCLan campus. It is rare for the Sejong Foundation to open an Institute outside of a capital city and this move is a clear reflection of UCLan’s already successful track record in teaching Korean studies.

“We want to encourage local people to learn the language and nurture a growing interest in Korean culture. We’re excited to get started.”

The opening of the Preston SI comes only months after UCLan’s International Institute of Korean Studies (IKSU) received one of the largest-ever research grants dedicated to the teaching and research of Korean Studies.

Director of the UCLan IKSU Dr Sojin Lim said: “The University has firmly established itself as a world-leader when it comes to research into the Korean Peninsula and now, by founding our very own Sejong Institute, we are able to share our expertise and passion for Korea more widely with the local community.”

Although activities are limited at the moment due to COVID restrictions, the Preston SI is interested in hearing from local schools, community groups and other interested parties who are keen to work with the Institute. People can contact the Preston SI Director Dr Hye-Young Park on HPark7@uclan.ac.uk for more information.