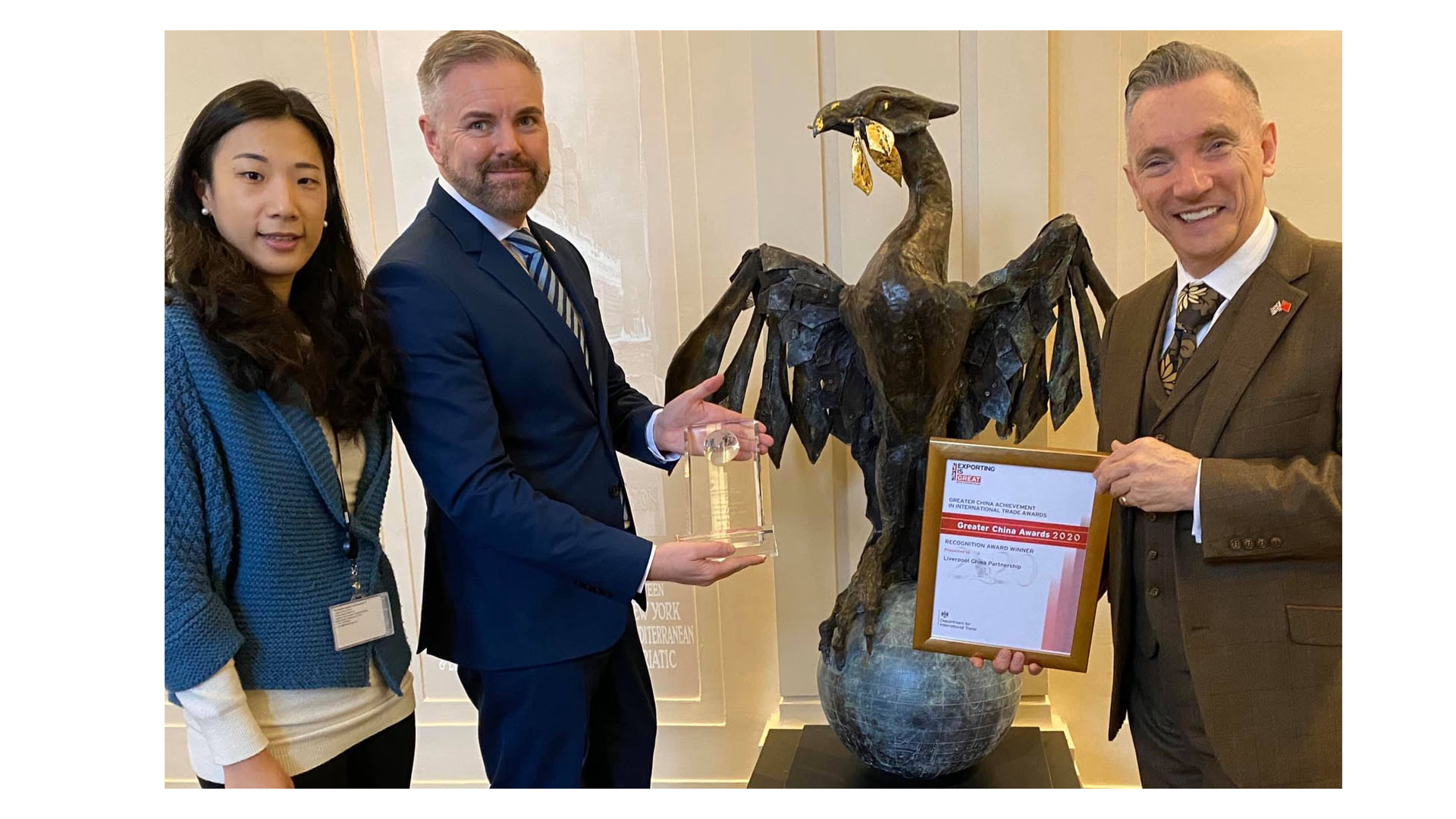 Avison Young has formally joined the Liverpool China Partnership (LCP), an organisation set up to strengthen links with China in trade, investment, education, culture, sport and tourism, and resourced through Liverpool City Council.

The announcement was made at a recent director’s meeting, which was chaired by Avison Young director, Paul Kallee-Grover, at which the Deputy Mayor of Liverpool, Gary Millar was also voted in as the President of the LCP.

The LCP was founded off the back of the International Festival for Business in 2014 and brings together the public, private and higher education sectors in the joint promotion of friendship and trade between China and the Liverpool City Region. As well as covering the Liverpool City Region the Partnership also has members from the Isle of Man, Cheshire and Cumbria. The Partnership seeks to complement the activities of the Department for International Trade and the China Business Council.

The Partnership recently won the Department for International Trade award for its efforts in China and the outcomes of a five-day business, health and academic mission to Shanghai in April 2019 which resulted in £139million of deals for the Liverpool City Region.

Paul Kallee-Grover said: “Joining the LCP is an important step for Avison Young as our business continues its global expansion. We have joined the LCP to support Chinese investment in Liverpool through business, the visitor economy and academia, and vice versa.

“Through the partnership we are aligning ourselves with Chinese businesses active in the Liverpool City Region as well as supporting companies looking to invest in exciting projects linked to the Liverpool Knowledge Quarter, Liverpool Waters and our Universities. All this Chinese activity feeds into what Avison Young is doing in Liverpool, and we’re delighted to be a part of it.”

Gary Millar said: “I am truly honoured to have been made President of the Liverpool China Partnership. I’ve been representing the city and the partnership in China for five years and have led 15 delegations. LCP uses its influence to promote business and trade links between the UK and China. In 2019 we celebrated 20 years as Shanghai’s sister city and ran a number of missions to China to explore trade opportunities.

“As we have made significant strides and effective partnerships I look forward to continuing our pioneering work in China later this year.”

This Partnership has meant that the excellent relationships that Liverpool has built up in China really put the city in the spotlight, driving positive social and economic change in the city and the community and creating more opportunities for Liverpool and the UK as a whole.