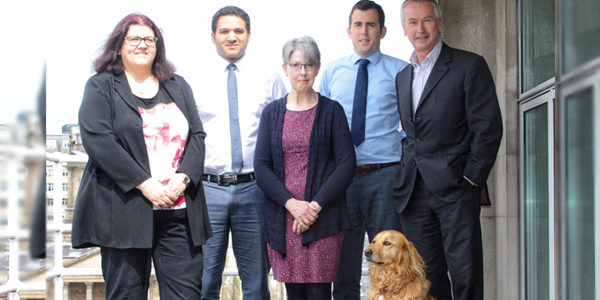 One of Liverpool’s best known accountancy firms BWM has unveiled a raft of new starters as it rebrands and looks to the next stage of its growth. Formerly known as BWMacfarlane the firm, which specialises in charities, owner-managed businesses and high net-worth individuals, is now simply known as ‘BWM’. The practice has also recruited six new team members, several from other firms in the city, including four new starters in the audit and accounts department. Tom Pickering joins from Mazars; Ryan Bingham from ERC; Libbie Burns from Mitchell Charlesworth; and Gemma Ellison, who was previously at Butterworth Barlow and Additions. All four are currently studying for their accountancy exams. In BWM’s payroll department, Jayne Lancaster has joined from John Kerr and Anna Cummings joins as an admin and marketing apprentice via the Chamber of Commerce apprenticeship scheme. There have also been three key promotions within the business – Anita Mason becomes Director of Audit while Tony Stanley and Gearoid Hennessy are promoted to Audit Managers. BWM’s Accounts and Audit team is now 25-strong and services a wide range of clients – numbers of clients are increasing with recent tender wins. The firm has also established itself as one of the most forward-thinking accountancy practices in the Liverpool city region with its ongoing adoption and implementation of new technology. It has developed particular expertise in areas such as virtual FD services and cloud accounting. Managing partner Peter Taaffe said: “Accountancy has been seen as a staid profession but we believe it is vital that we keep changing and evolving – getting ahead of the many industry and technology changes allows us to put business advisory at core of what we do. “To implement that strategy successfully we need to have the right people in our team. That means investing in the development of our current team and continually looking to bring new people into the firm. “With the rebrand now compete – which is in line with our modern and straightforward approach – we are ready to take BWM onto the next level.”