Are Boris & Hancock toast – or is Cummings a busted flush?

Frank McKenna reflects on Dominic Cummings evidence to a parliamentary select committee this week – and concludes that there is little for the Prime Minister and his colleagues to worry about. 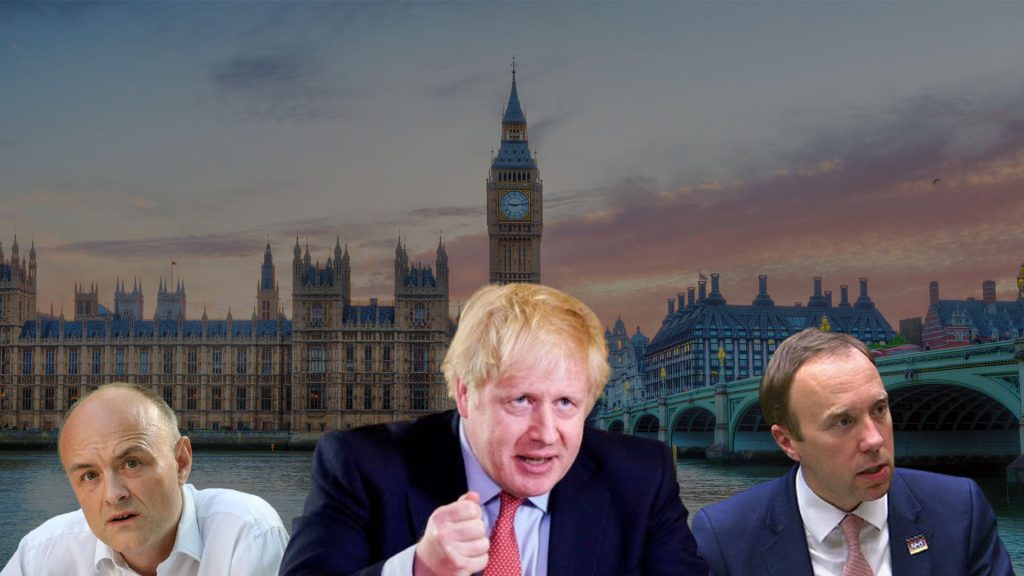 After his astonishing appearance in front of a parliamentary select committee this week, Dominic Cummings will have felt himself satisfied with the hatchet job he did on his former boss, the Prime Minister and the Health Secretary, Matt Hancock.

In normal times, a man who was THE key advisor at the heart of number Ten, suggesting just one of the several bombshells that Cummings launched on Wednesday would have been enough to hugely destabilise a government, and likely lead to at least one resignation from the cabinet.

However, for two very obvious reasons, the revenge of the Dom has not had the impact he, nor the opposition parties, will have hoped.

First, Cummings himself is devoid of both credibility and, let’s face it, personality. His exploits during the first lockdown, when north of 90% of the Great British public were comprehensively abiding by the rules of lockdown, will never be forgotten, nor forgiven. So, the chances of voters taking a blind bit of notice of his accusations is limited, to say the least. And, sadly, he has all the charisma of a jelly fish, making his contribution sound like the ramblings of an eccentric scientist, rather than that of the political campaigning genius that he believes himself to be.

The question of ‘why didn’t Boris listen to Dom?’ wasn’t on the lips of folk when he’d finished his attempted demolition job on Johnson and Hancock. More likely, people were asking ‘why did Boris appoint this swivel-eyed loony in the first place?

The other reason that the cabinet will (again) avoid any casualties, is because the official opposition party is making zero impact on the electorate. Keir Starmer was struggling to break through before the recent local elections. But his mismanagement of what should have been a cull of the hopeless post those results turned into a wet, never mind damp, Squib, and it will take a long time for the Labour leader to recover from that.

So, the Westminster bubble will continue to get excited about what was said and what wasn’t said. Who made promises they didn’t keep? Who told lies? But ultimately, Boris and his colleagues know that they are secure, safe and sound – because they have no competition.

That is bad for the country. It is bad for Labour. But ultimately, it is bad for the Conservative Party too. Because, once Ministers believe that they can get away with anything, they will continue to push the envelope. And, one day, one of them, maybe even the top man himself will push too hard. And it will all come tumbling down.

For now, though, Johnson, Hancock et al can carry on regardless.

It’s shit or bust for Boris

Boris Johnson endured a torrid end to 2021. As polls show that the country is running out of patience with him as fast as his parliamentary colleagues, Frank McKenna suggests that the PMs only chance of survival is to keep the country open and not introduce any further restrictions in 2022.