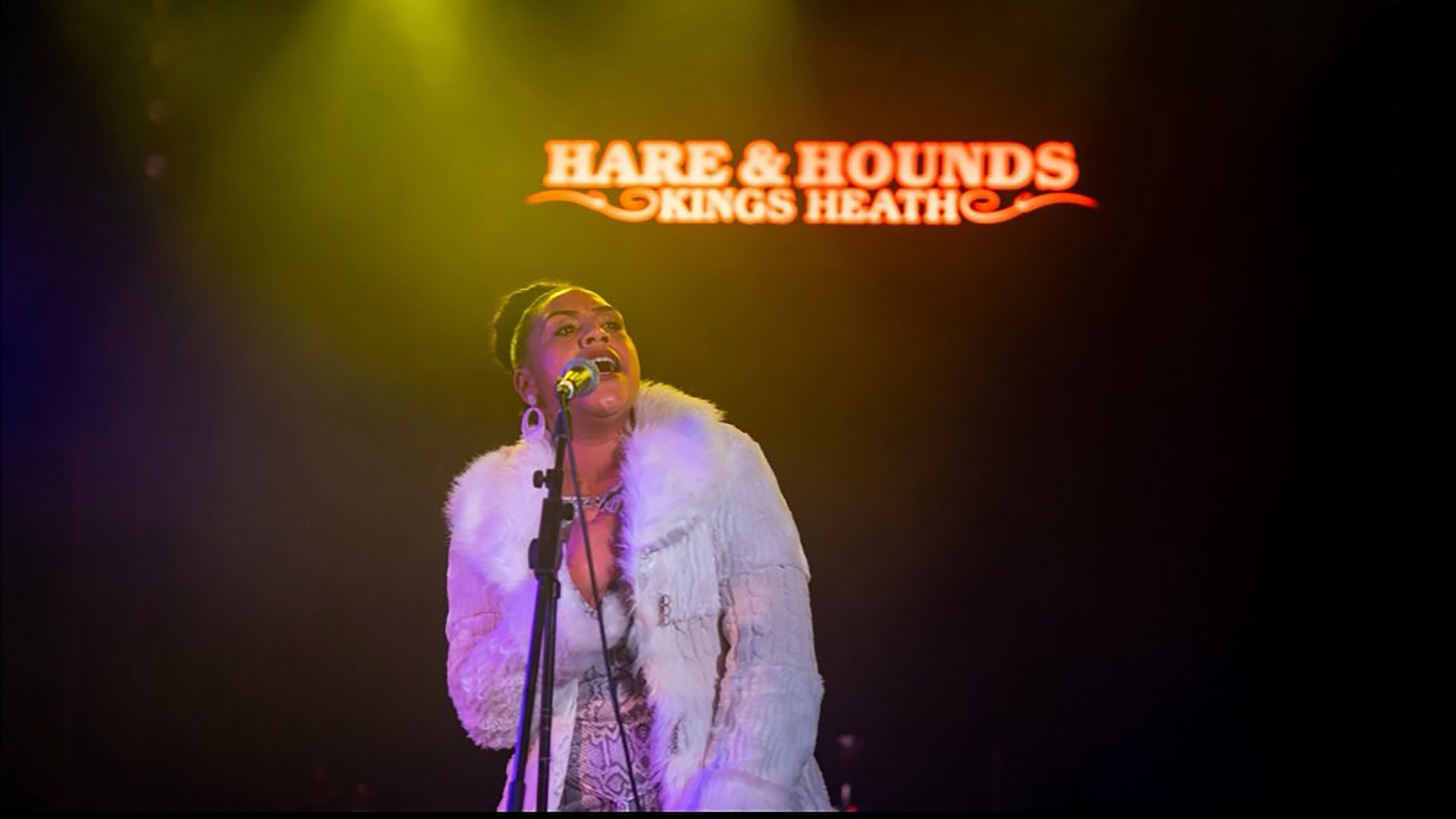 A singer-songwriter and music performance graduate from Birmingham is planning to use her new-found success for positive change after making it through to the next stage of smash hit TV show The Voice.

Mum-of-two and Birmingham City University alumna Kezia was chosen by pop star and show co-presenter Will.I.Am to go through from The Blind Auditions to the programme’s ‘battle stages’ after delivering a spectacular cover of Sade’s ‘Your Love Is King’ on Saturday’s programme.

The Black Eyed Peas singer praised Kezia’s soulful performance, saying, “I love the approach. I love that song and I love your take on it. I just think you are awesome.”, whilst music legend and fellow coach on the ITV competition series Tom Jones told the Brummie artist, “It sounds like you know what you are doing. You were in command of that song, definitely.”

Kezia Johnson, who has been writing music and singing live in her home city of Birmingham under the stage name Kezia Soul since 2011, intends to use her new found fame to inspire young people with dyslexia and mothers to pursue their musical dreams.

The 33 year old musician and vocalist from Moseley, said “Coming from a musical family I’ve always been exposed to a wide variety of music and it’s helped me through so many different situations and hurdles in my life. I had really low confidence at school because I was dyslexic. I discovered music within an educational setting at 17 and realised music has its own language; the challenges I faced having dyslexia were no longer at the forefront of my mind and it was liberating”.

An alumna of Birmingham City University’s Popular Music programme delivered in partnership with South and City College, graduating in 2015, Kezia cites a broad range of influences on her music including The Spice Girls, Lauryn Hill, Jill Scott, Erykah Badu, Billie Holiday and Aretha Franklin and has been wowing audiences in the city both as a solo artist and with bands playing a blend of neo-soul, hip hop and RnB.

Kezia has spent the past 10 months of the Covid pandemic working on a new collection of music with her producer and beatmaker brother EYEBS, channelling their lockdown creativity into writing and recording 35 new songs.

‘Cup of Tea’, Kezia’s forthcoming new single, will be available on streaming platforms from Sunday 7 February 2020, and is taken from a forthcoming EP entitled ‘7 Moments’ due for release later this year.

Nils Edstrom, Popular Music Course Leader at South and City College, said, “Kezia joined the Birmingham City University BA (hons) Popular Music programmes with an amazing voice that floored us all. She is a fantastic songwriter and is a force of nature who networks brilliantly and has a big smile and personality. We wish her the best of luck on her appearance on The Voice. She really could go all the way.”