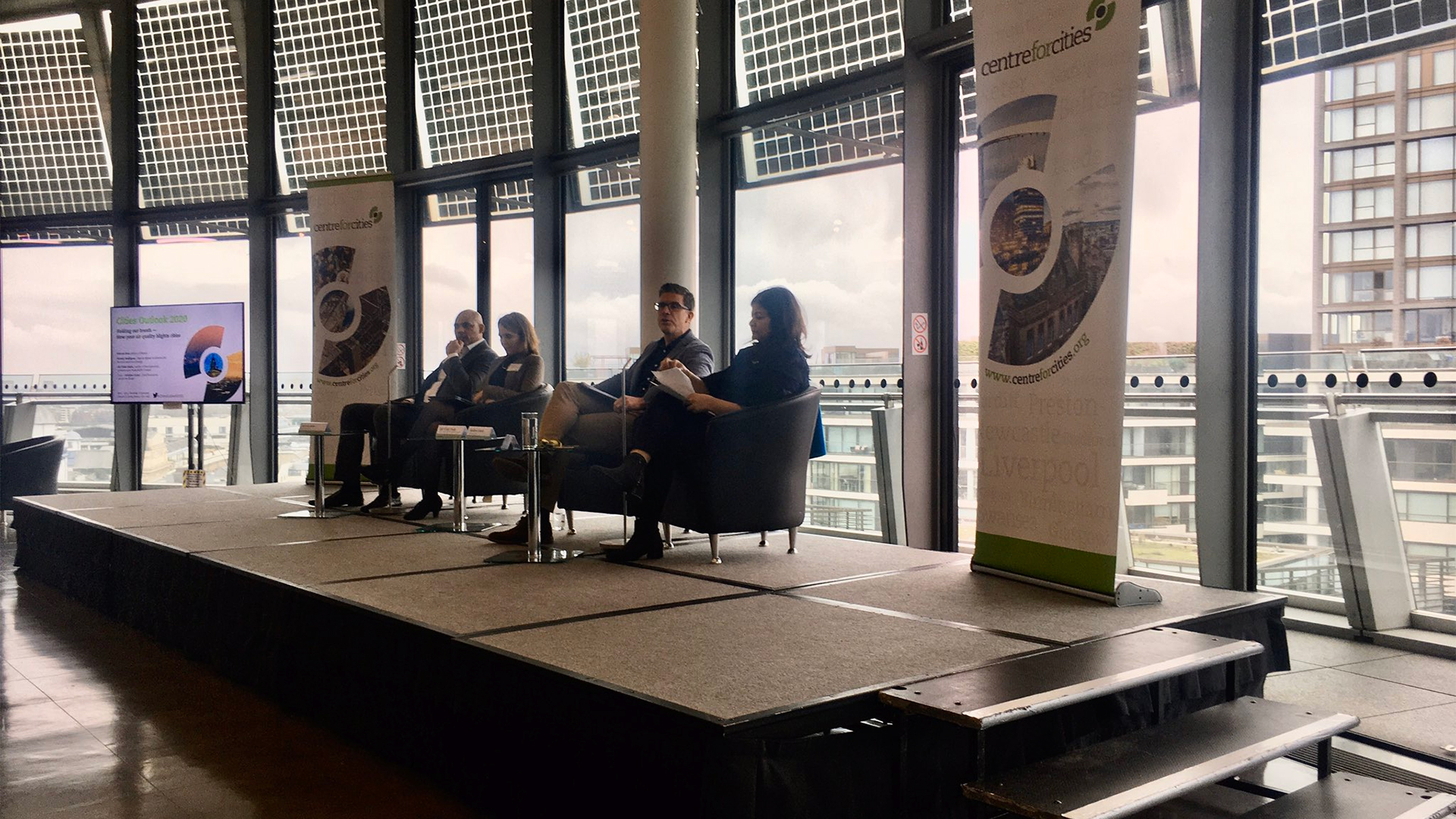 Simon Danczuk, chair of Downtown in Business London discusses his recent visit to The Centre for Cities annual report lunch.

Along to London’s City Hall, on Monday 27th January, for the launch of The Centre for Cities annual report, titled ‘Cities Outlook 2020: Holding our breath.’

The whole event was a breath of fresh air, if you’ll pardon the pun, for two reasons.

Then we listened to Marvin Rees, the mayor of Bristol, who not only talked about air pollution and the need for different agencies – councils, health, transport and so on – to work together in tackling it, but also emphasised the class dimension to the issue. He pointed out that we had to avoid a backlash amongst the public and that a ‘whole system’ change was necessary.

With local government often portrayed as being led by dinosaurs, it was refreshing to hear from these progressive and thoughtful leaders who have a smart and considered approach to the problems their local communities face.

The second reason the event was inspiring is that it is putting air pollution centre stage, moving air quality up the political and public agenda. Centre for Cities estimate that just one pollutant, PM2.5, is the cause of more than one in 19 deaths in the UK’s largest cities and towns – even though the UK currently meets legal limits.

Their research also found that 95 per cent of the monitored roads in the UK that are breaching the legal limits for NO2 are in the UK’s largest cities and towns.

We often rightly hear how disadvantaged the North is, against the South, but as Centre for Cities point out, when it comes to air pollution it is very much the South that is disadvantaged:

“across multiple indicators, cities in the South of England do worse than others. For example, in 2018 there were 62 days when pollution in Bournemouth rose to levels affecting those with health conditions like asthma whereas in Belfast there were eight. The proportion of deaths related to the PM2.5 pollutant is highest in cities in South Eastern England such as Slough, Luton and London — where an estimated one in 16 people dies from exposure. Cities in Scotland and Northern England see the smallest proportion of PM2.5-related deaths. Aberdeen is the city with the lowest proportion, at one in 33.”

On a long car journey, recently, playing ‘I spy’, my nine-year-old son said: “something beginning with ‘p’”. My 11-year-old and I spent ages guessing: “plants, pedestrians, people, pavement, pick-up truck” – we tried everything. Eventually we gave in and the youngest announced ‘pollution’ as the answer. Impressed, I was also struck by his understanding of the problem surrounding us.

Kids clearly understand the issue, as do many council leaders, it’s now time we all caught up and did more to address air pollution.

Simon Danczuk is chair of Downtown in Business London and a business consultant.