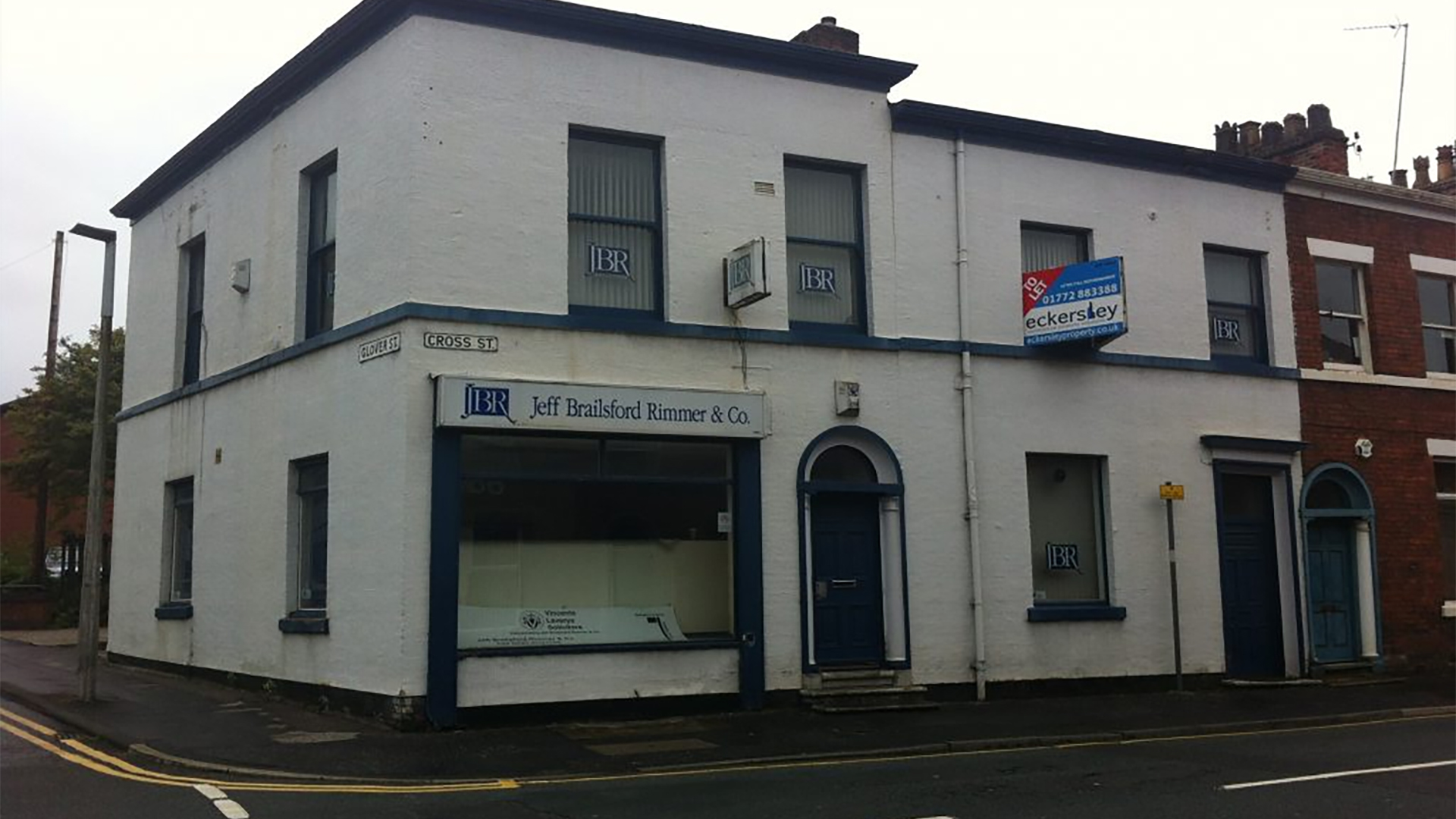 A building on Cross Street which has stood empty for the past ten years will be reinstated thanks to a scheme funded by national lottery players as part of a grant from the Heritage Lottery Fund.

With help from Preston City Council, project and building consultancy Anderton Gables purchased the building and submitted a grant application to the HLF.

Following a successful application process, the much needed work to bring the building back into use has already started. Liaising closely with Preston City Council and the Heritage Lottery Fund, Anderton Gables will retain the character of the building within the design whilst ensuring it meets the need of a 21st century office.

Early works on the building have already uncovered original features such as stained glass, which will be retained and used as a feature in the completed project.

This is the second project under the Winckley Square Townscape Heritage Initiative (THI), which has seen more than £950,000 invested into the Winckley Square area from the Heritage Lottery Fund and other organisations. Key historic buildings have been improved and public realm upgraded, including on Cannon Street.

Jonathan Shaw, Managing Director of Anderton Gables, said: “We are very excited to have purchased 1-2 Cross Street. With the assistance of the Heritage Lottery Fund we will be able to rejuvenate the building and transform it into an ultra-modern workspace that our staff deserve. Work has already begun onsite and we are hoping to move into our new Head Office early next year.”

Councillor Peter Moss, Cabinet member for planning and regulation at Preston City Council, added, “We’re delighted that the Heritage Lottery Fund provided the funding to enable this project to progress. And also that a local company are investing and relocating within the Winckley Square Conservation Area.

“The current owners have come up with a scheme to reinstate the building, preserve original features where possible but introduce modern fittings, making it attractive and fit for purpose in a demanding 21st century environment.

“It’s fantastic to see another historical Preston building brought back into use. This supports ongoing regeneration projects in the city and will help to sustain our economic growth.”