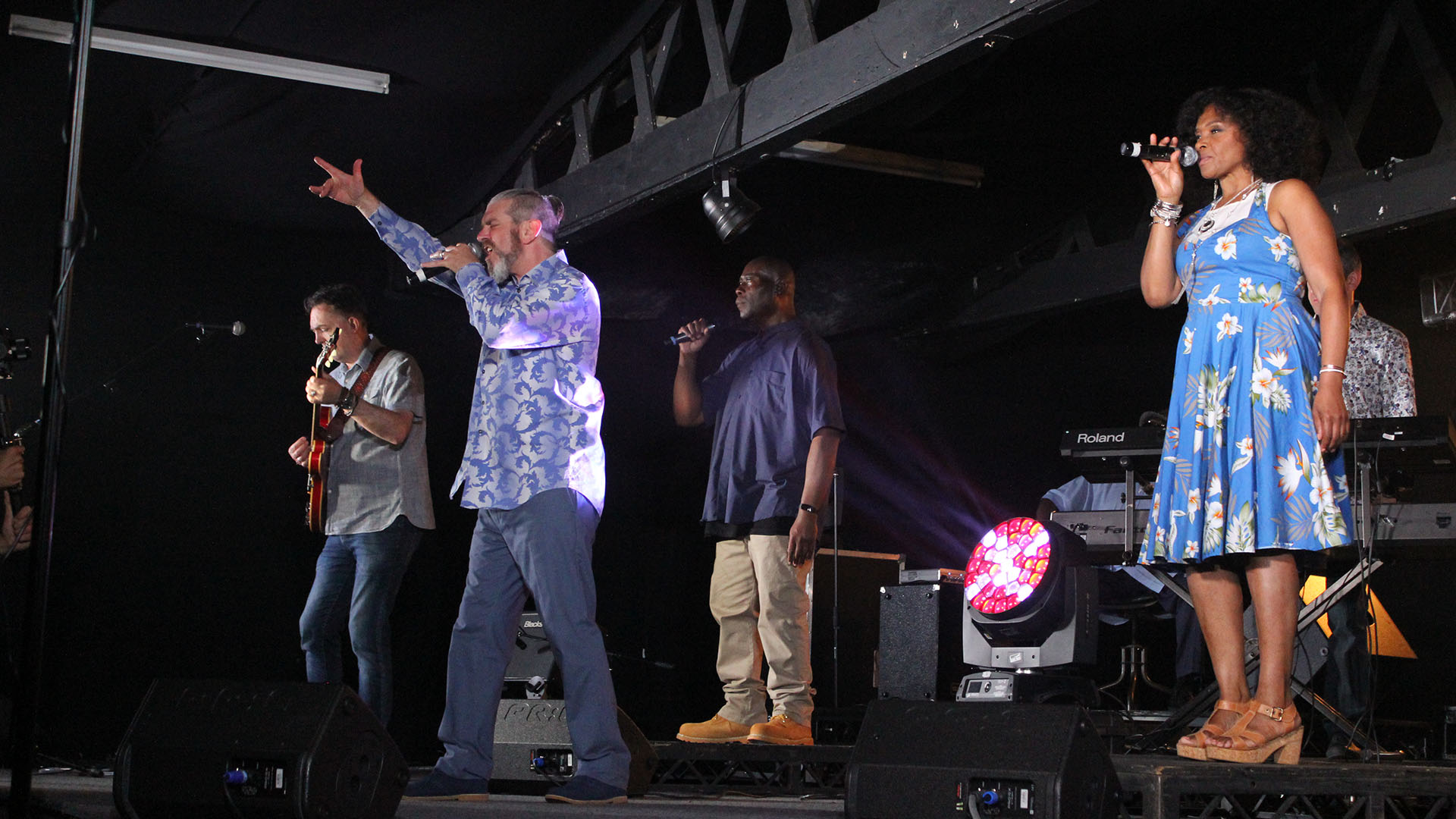 A Birmingham-based band is donating half of the proceeds from its latest single to local charity LoveBrum’s #OneBrum appeal.

The track, ‘A Whole New Place’ by FreeToBe, is available to download https://freetobe.hearnow.com/

The fledgling band is made up of musicians Steve Owen, Dave Perryman and Dionne Curd, who have all previously performed at the likes of Birmingham’s Jam House. They decided to help the appeal after their agent Joy Caza Powell, of Sunshine Entertainment told them about the support #OneBrum is offering to local communities affected by the pandemic.

Steve Owen said: “The wonderful thing about this is that we’re able to do our bit for other people. The fact that what we’re earning is actually going to directly help small groups of people who really need it at the moment is brilliant. It gives a practical purpose to what we’re doing, as well as making music for people to enjoy.

“We’re all what I call ‘Born to B’ – born to the B postcode – and have spent our lives in and around Birmingham, so we wanted to do something to help others in the city at this time of crisis.

“We thought the lyrics of the song fit perfectly with the current situation, with us all finding ourselves in a whole new place. The song’s theme is about taking a leap of faith to get to a whole new place, which we’re all having to do somewhat at the moment.”

Joy Caza Powell, owner of Sunshine Entertainment, said: “We’re really happy to be a part of the #OneBrum appeal, since we’ve not been able to do much else recently!

“It’s beautiful to see the people of Birmingham coming together to support each other through these turbulent times.

“I’ve supported LoveBrum for a number of years, and have always loved its ethos and what it stands for. For me it’s important to support small, local charities that are on the ground working tirelessly to help people in need. When I mentioned it to the band, they didn’t hesitate, they said ‘this is our city; we need to support it.”

LoveBrum – a registered charity that supports hidden gem projects across Birmingham – launched its #OneBrum appeal in response to the pandemic and is raising funds to help those most affected in Birmingham.

Paul Mitchell, executive director at LoveBrum, said: “When we heard that FreeToBe wanted to donate their proceeds to our #OneBrum appeal, it was music to our ears! It’s a fantastic single and we all love it here. We’re so grateful for the support as there are still so many people out in our communities suffering the ongoing effects of the pandemic.”

The OneBrum campaign has already raised over £27,000, which is being distributed to local charities and community projects across Birmingham. Donations have helped to deliver care packages to those most vulnerable still sleeping on the streets; provide advice, support and food parcels to those most affected by the pandemic; and support children, young people and families who have been affected by loss, bereavement, divorce or separation