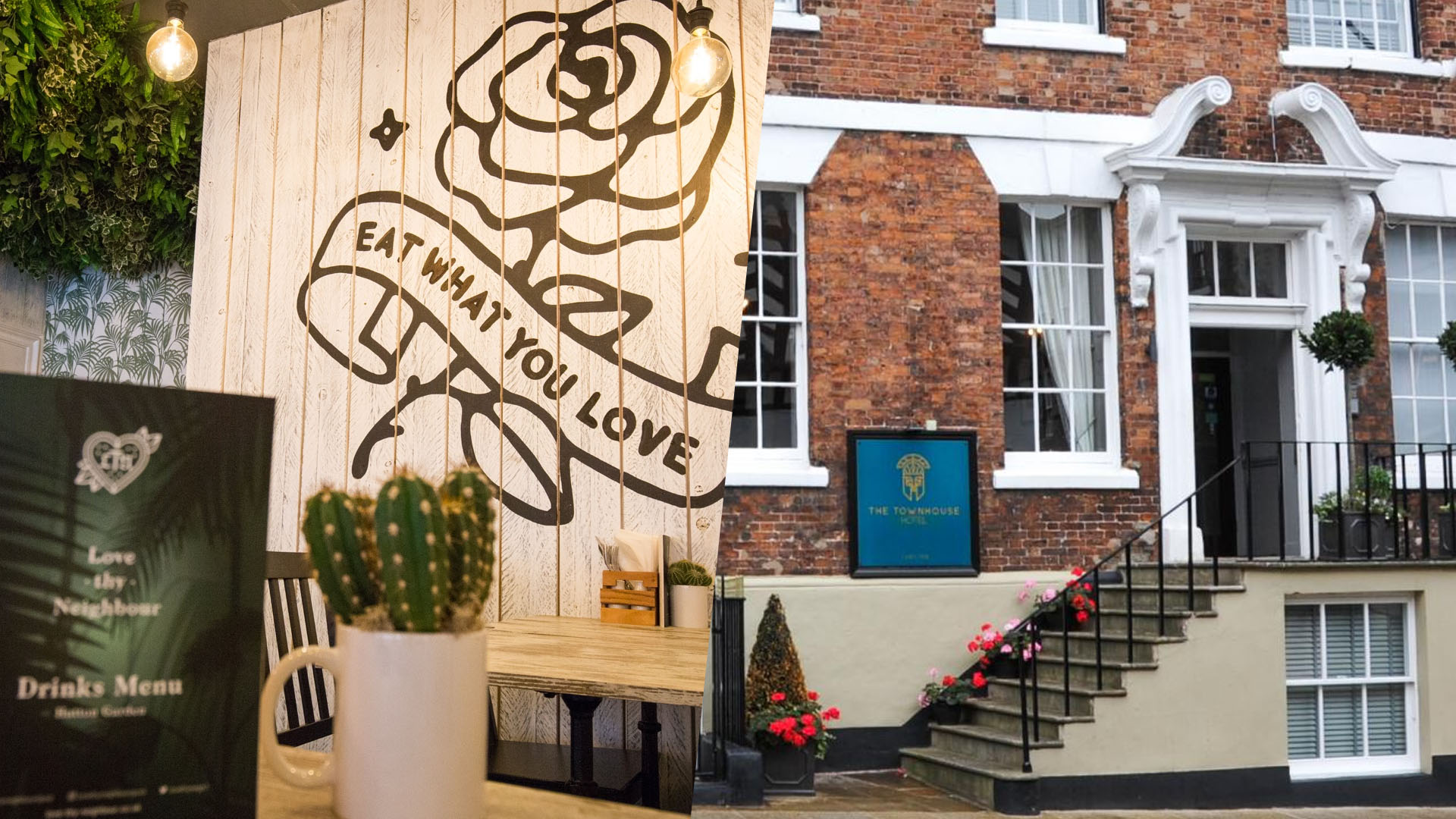 January has returned, and for many, that means the start of healthy eating and celebrating a more plant-based diet as part of ‘Veganuary’. In fact, according to the UK’s Veganuary charity over 350,000 people have signed up to go Vegan in January this year – it’s highest record yet. New statistics released are showing that the carbon dioxide equivalent of 450,000 flights will be saved during Veganuary alone.

Even for those not taking part in Veganuary this year, you may still be looking to reduce your meat intake for ethical, environmental, or health reasons with more nutritious vegetarian-based meals.

Savvy Hotels are applauding those taking part in the Veganuary challenge and offering some tasty encouragement with two special Vegan nights at Love Thy Neighbour restaurant in Liverpool and The Townhouse ‘s 1699 Brasserie in Chester.

The immensely popular Love Thy Neighbour will give their diners an evening to remember with a 3 course Vegan meal on the 29th January at 7pm. For just £17.95 per person, you and your party will receive a full three courses with desserts being supplied by popular Vegan bakery the The Nakery and a glass of Vegan Prosecco from Think Wines.

The Townhouse, a boutique hotel and hidden gem inside of the historic Roman walls of Chester, will be hosting their Vegan Social Evening in their 1699 bar and brasserie on the 30th January. This will include a three-course meal plus a glass of Vegan Prosecco also from Think Wines (£29.95 per person).

For those looking to continue to embrace a vegan diet past January, Love Thy Neighbour offers a whole host of Vegan options on their regular menu such as their Vegan Full English and Double Black Bean Quinoa Falafel Cheeseburger.

For a special treat, the Love Thy Neighbour Vegan Afternoon Tea is the perfect alternative to traditional Afternoon Tea. This comes with a variety of sandwiches such as Vegan cream cheese and cucumber or Coronation Jackfruit, as well as a variety of special Chef’s Treats for dessert, all for just £17.95 per person.