Dishoom are delighted to announce the timely arrival of the brand-new Vegan Sausage Naan Roll Kit, which had launched in the Dishoom Store. 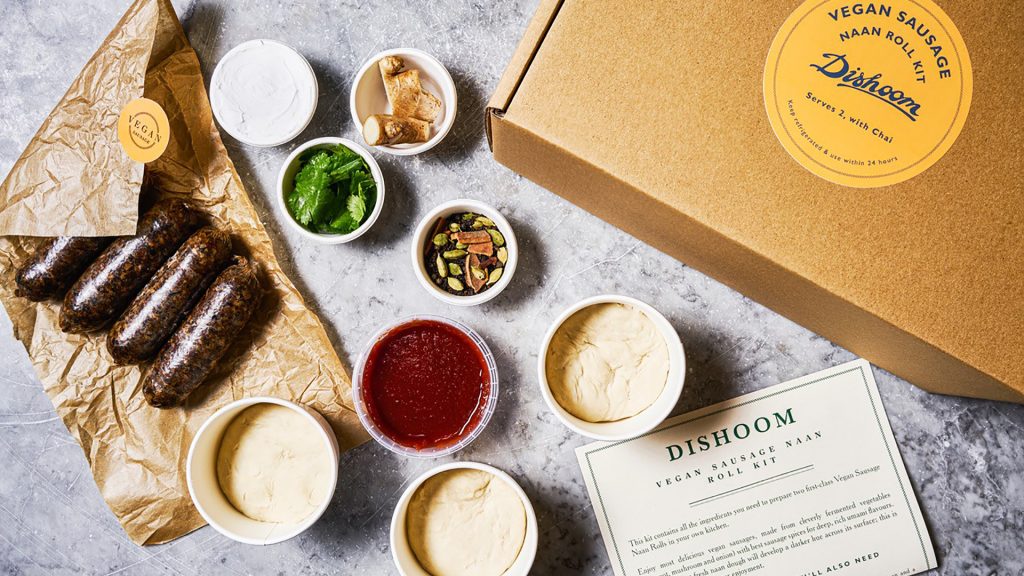 Dishoom are delighted to announce the timely arrival of the brand-new Vegan Sausage Naan Roll Kit, which launches today on the Dishoom Store. Responding to polite but numerous requests from vegans, vegetarians and those who avoid pork or dairy, they have created this top-notch kit to bring a little joy to the homes of even more guests. The plant-based kit contains everything required to enjoy two first-class Vegan Sausage Naan Rolls with Masala Chai at home for the modest price of £16 plus delivery. A limited number of kits are available each day, so forward planning is encouraged. Kits can be dishoomed to most doors across the UK mainland, and orders are now being taken via www.dishoom.com/store.

Each and every Vegan Sausage Naan Roll Kit is lovingly prepared by Dishoom chefs using firstrate produce and comes with full cookery instructions for first-class results in minutes. The kit contains Dishoom’s new vegan sausages that have been specially developed just for their cafés and kits with their good friend, chef Neil Rankin, who spent most of last year working on a secret recipe for a unique meat substitute, and now runs Symplicity Foods. Cleverly fermented vegetables (beetroot, mushroom and onion) are mixed with the best blend of spices for deep, rich umami flavours. Also included are three vegan dough balls (enough for two plus a spare for experimentation), which have been thoroughly tested to ensure crisp yet fluffy naans using a frying pan and grill instead of a tandoor. Dishoom’s signature tomato-chilli jam, fresh coriander and vegan cream cheese are also included, along with loose-leaf Darjeeling tea, chai spices and fresh ginger slices for brewing Chef Naved’s much-loved Masala Chai – simply add plant-based milk (oat milk is especially recommended).

The newly-invented Vegan Sausage Naan Roll Kit joins the Dishoom Store alongside the Bacon Naan Roll Kit, which was created during the first lockdown and launched with much fanfare, attracting kind praise and generous critical acclaim. Both kits are available now for dispatch to most postcodes in the UK Mainland (excluding highlands, islands and some parts of Scotland) via the Dishoom Store: www.dishoom.com/store. For every kit they send out, Dishoom donate a meal to Magic Breakfast, their long-term charity partner that provides free, nutritious meals to children in schools in the UK who might otherwise go hungry. Since its launch in June this year, Dishoom have donated thousands of meals through sales of the Bacon Naan Roll Kit and, through the launch of the new vegan version, they are delighted to be further supporting the important work of Magic Breakfast, during a time when child hunger is, sadly, a more pressing issue than ever.

In addition, patrons can now send both kits quickly and easily to multiple addresses on the same day, so that friends, family, and colleagues can feast together (even whilst apart). In just 20 minutes, fortunate recipients will be able to produce these delicious and iconic dishes in the comfort of their home – culinary success is guaranteed. For group orders of
ten or more kits, to be delivered to one household, or to multiple addresses simultaneously, patrons should visit www.dishoom.com/send-naans.

Dishoom’s invention-wallas are busy behind the scenes cooking up more at-home treats and gifts, which will be added to the Dishoom Store in due course. In the meantime, guests can order at-home kits, the much-loved Dishoom cookery book, gift coins, vouchers and more via www.dishoom.com/store. 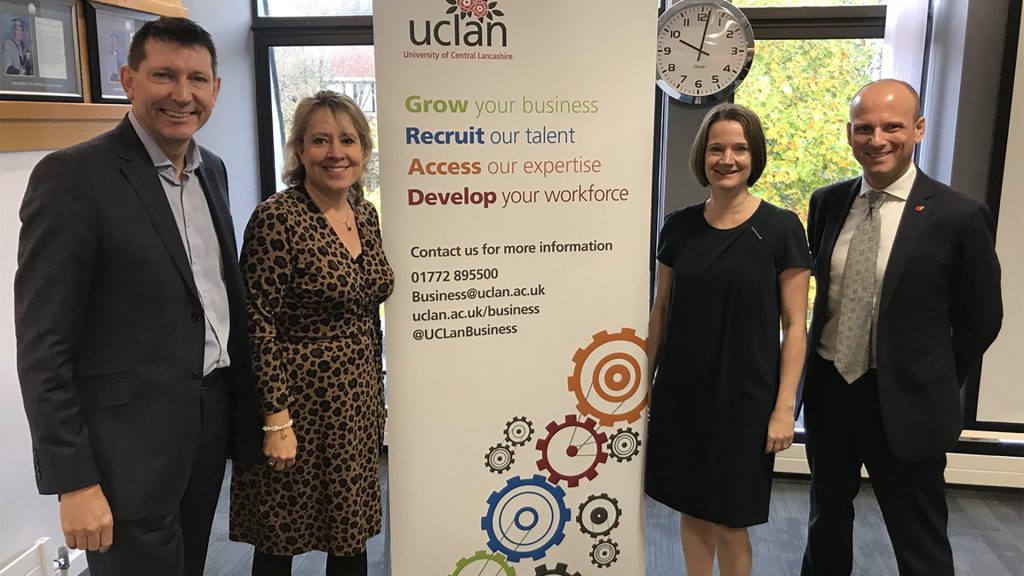 Lancashire on track to boost investment

The economic outlook for Lancashire is optimistic as the county starts to get its marketing message right and some major regeneration projects are getting delivered. 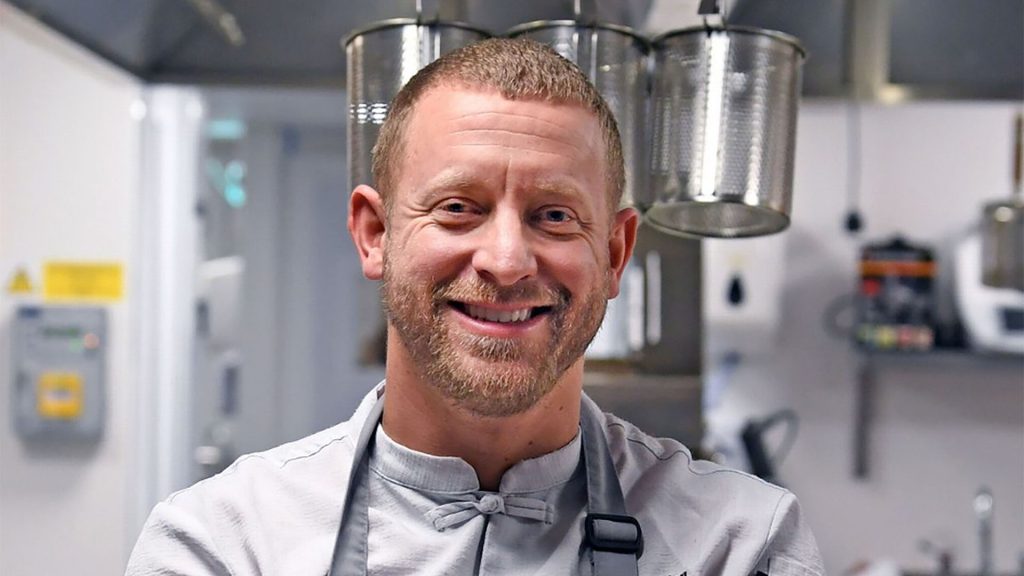 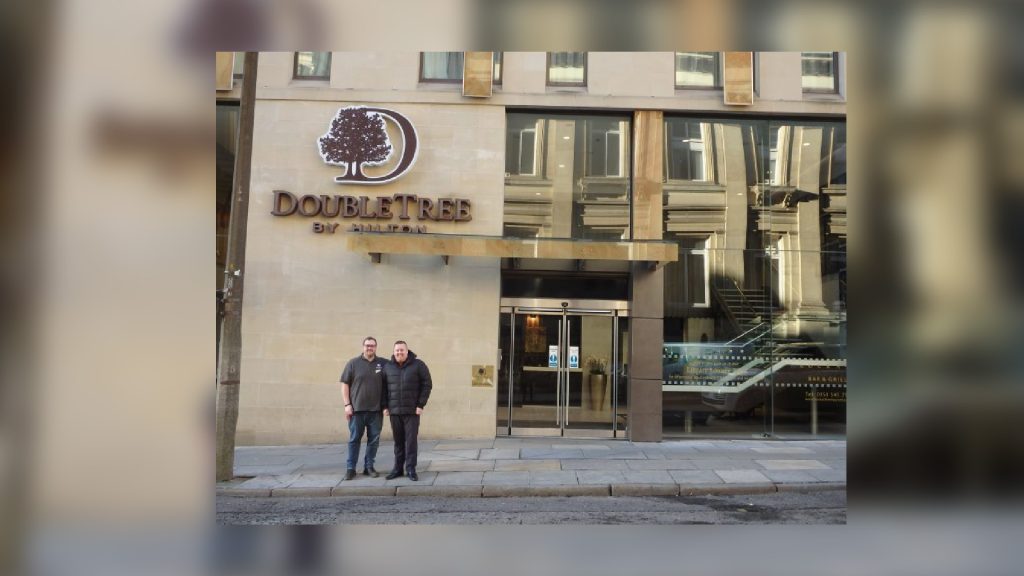 B&M Waste Services have partnered with the Doubletree Hilton Hotel & Spa in Liverpool to achieve a recycling-led waste management solution that minimises carbon impact and diverts 100% of waste from landfill.