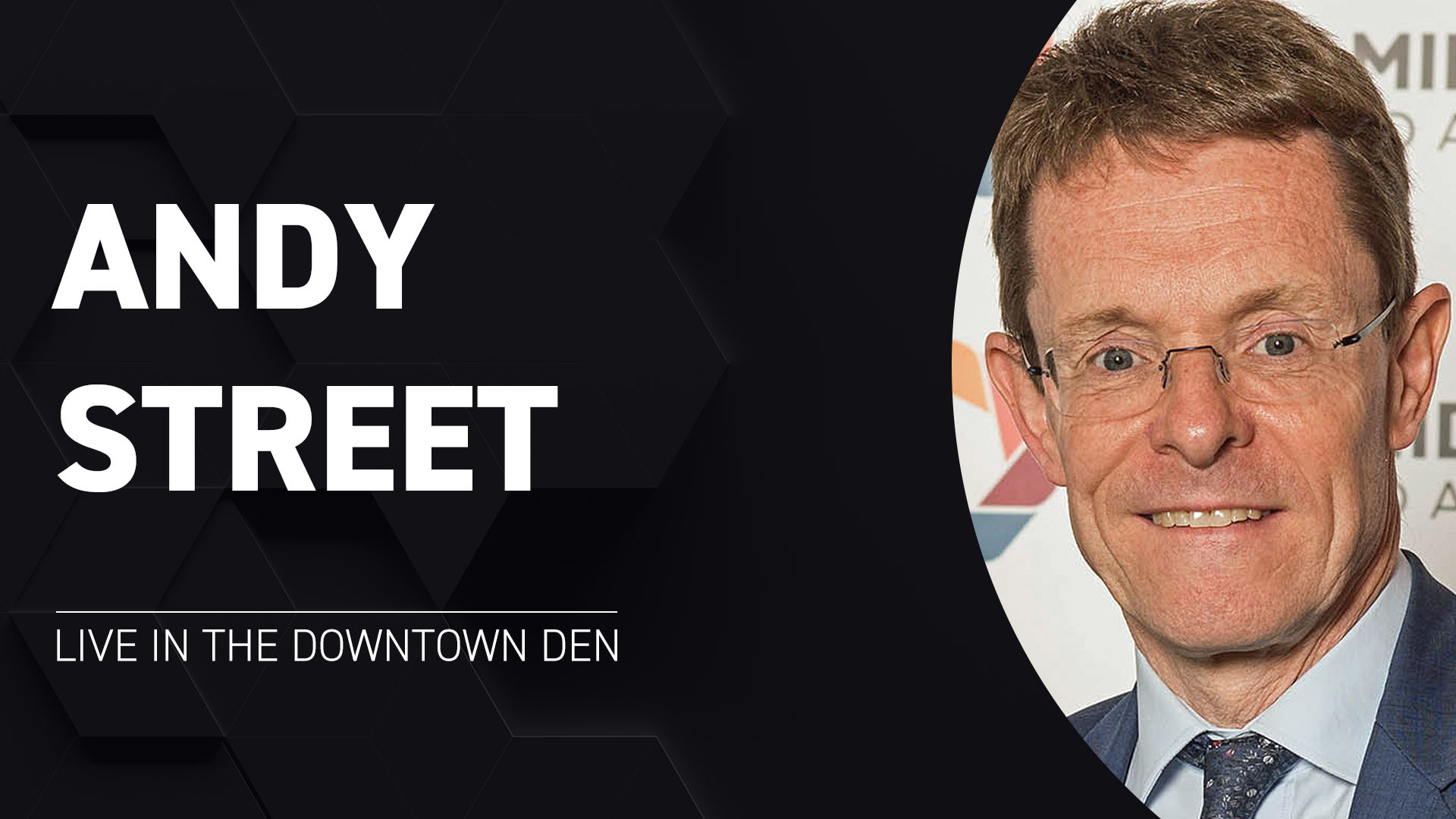 Join us in the Downtown Den in conversation with West Midlands Mayor, Andy Street.

As Mayor, Andy is chair of the West Midlands Combined Authority (WMCA) with the role having significant powers and influence over some of the biggest issues affecting people’s lives in the West Midlands.