Farewell Frank, Exclusive Online Roundtable with the CEO of the Combined Authority 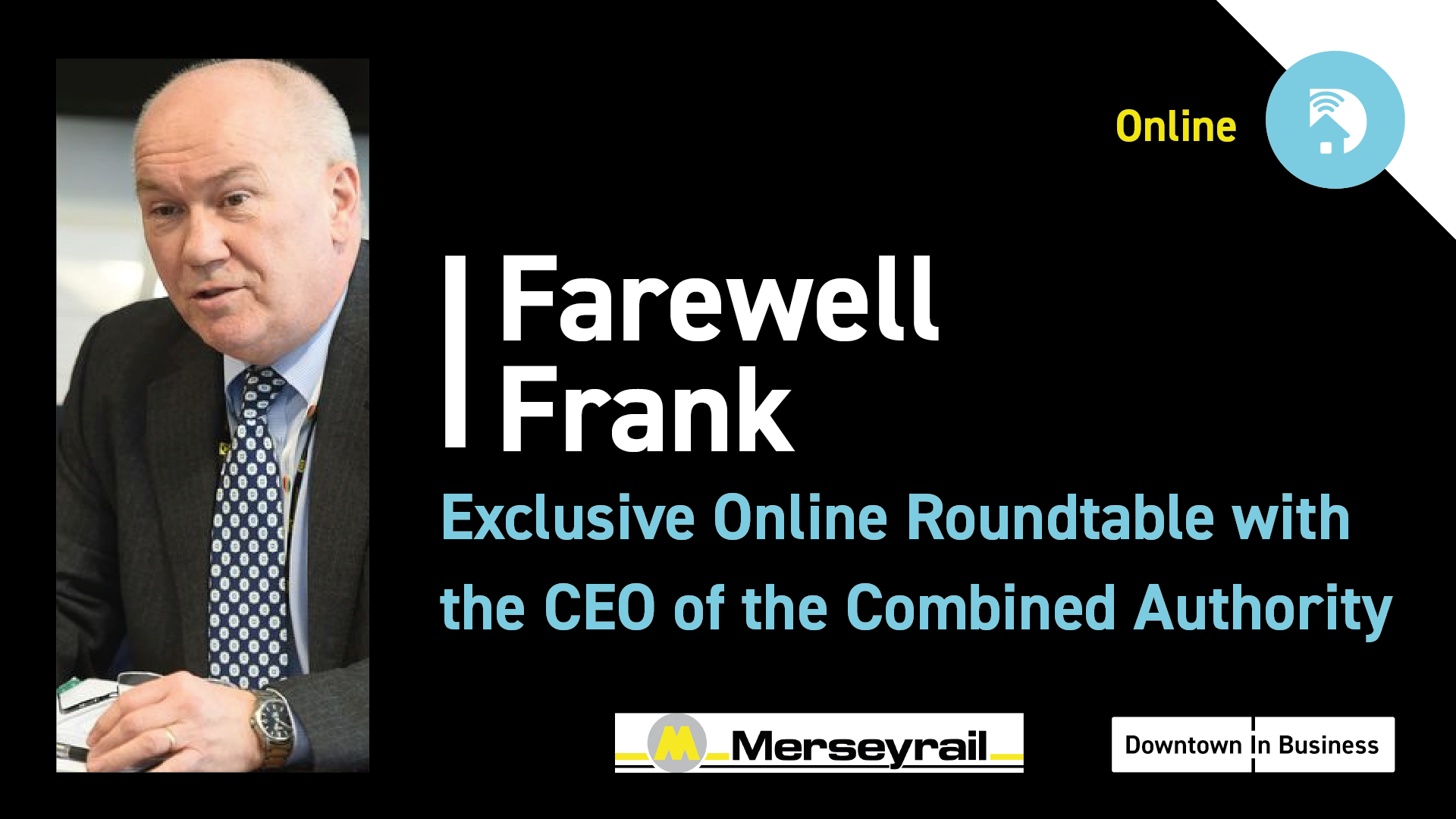 Frank Rogers, the chief executive of the Liverpool Combined Authority has had a fantastic career spanning over almost 40 years in both the public and private sectors. Born in Liverpool, he began working in the city​ as the general manager of the Mersey Tunnels, before becoming director general of Merseytravel and then the first chief executive of the combined authority.​

Frank announced that in 2021 he will be retiring from his role at the helm of the Combined Authority. ​He will be joining Downtown CEO Frank McKenna to talk about his brilliant career and how he thinks the city will come back fighting into 2021.

This event is sponsored by Merseyrail.

If you’d like to attend this event please register using the button below.