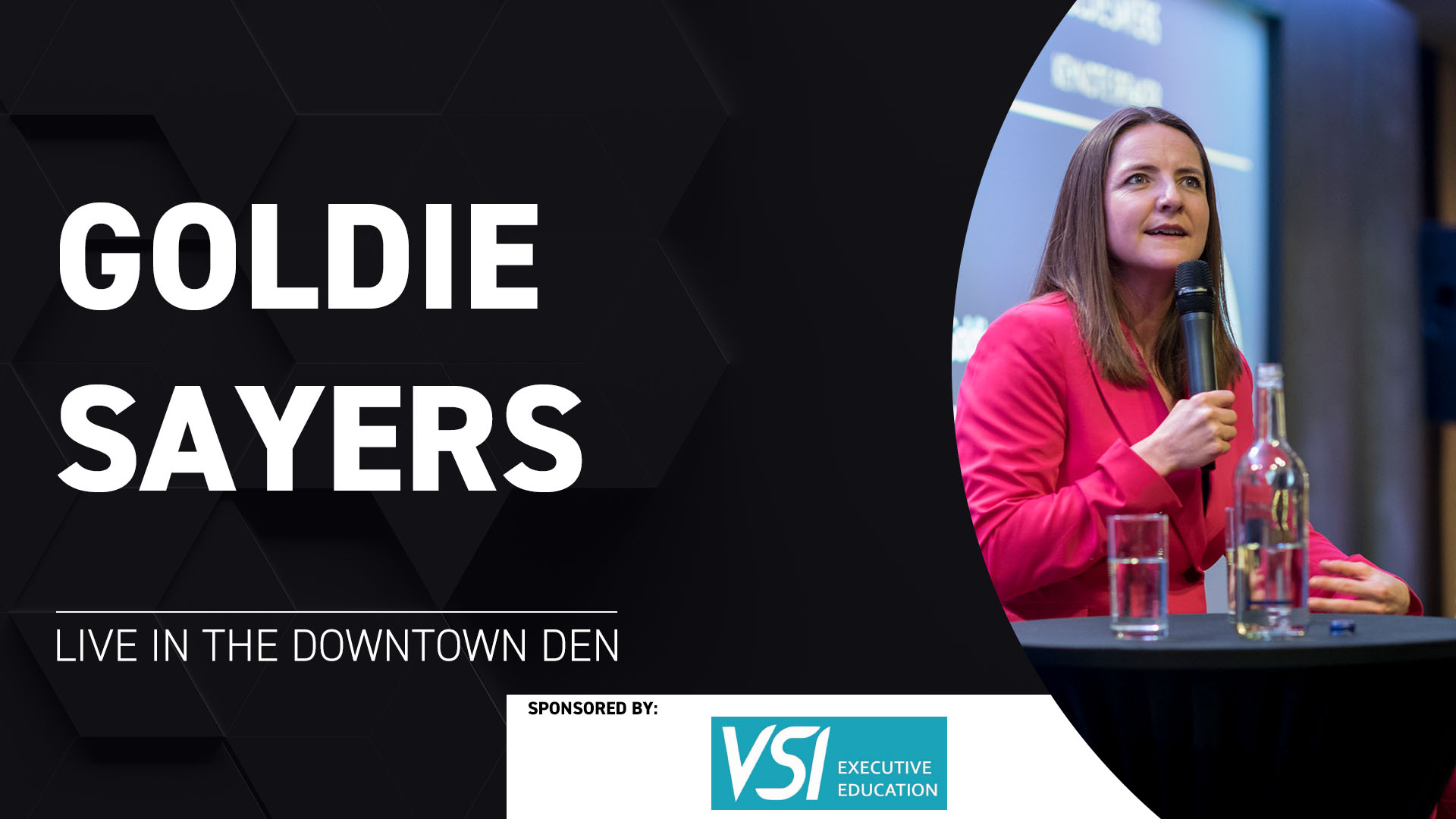 The Mindset of a Champion

In conversation with DIB boss Frank McKenna in the Downtown Den will be one of Great Britain’s leading female athletes.

A three-time Olympian, British record holder and 11- time UK Champion, Goldie Sayers dominated her event and is one of athletics’ most popular ambassadors.

At the Beijing Olympics in 2008 she broke the British record, missing a podium place by just 38cm. She was awarded the bronze medal following a positive doping test by the Russian athlete who finished ahead of her. In the run-up to the London Olympics she confirmed her position as a medal prospect when she broke her own British record at the London Diamond League with an opening throw of 66.17m. This performance beat all of her Olympic competition by over two metres with only three weeks to go to the 2012 Games. But elation turned to agony as an elbow injury, sustained during that competition, destroyed her chances of reaching the 2012 Olympic final.

As one of the most consistent senior members of the British athletics team and a former team captain, she is admired and respected for the commitment and dedication she has shown to her sport ever since she won her first English Schools’ Championship as a 14-year-old.

Goldie first came to national attention as an under-11 National Table Tennis Champion. She has also represented her county at tennis, hockey and netball. She graduated from Loughborough University with a first class honours degree in sport and exercise science and is a classically trained violinist and pianist.

Goldie is an experienced and sought after motivational speaker delivering workshops on a Winning Attitude as well as delivering presentations to businesses around resilience, learning from failure, leadership, and ‘what we can learn from Team GB.’ She has been a key note speaker for the likes of Aviva, Deloitte, O2 and British Airways and very much enjoys getting the best out of clients with her work as a coach and mentor.