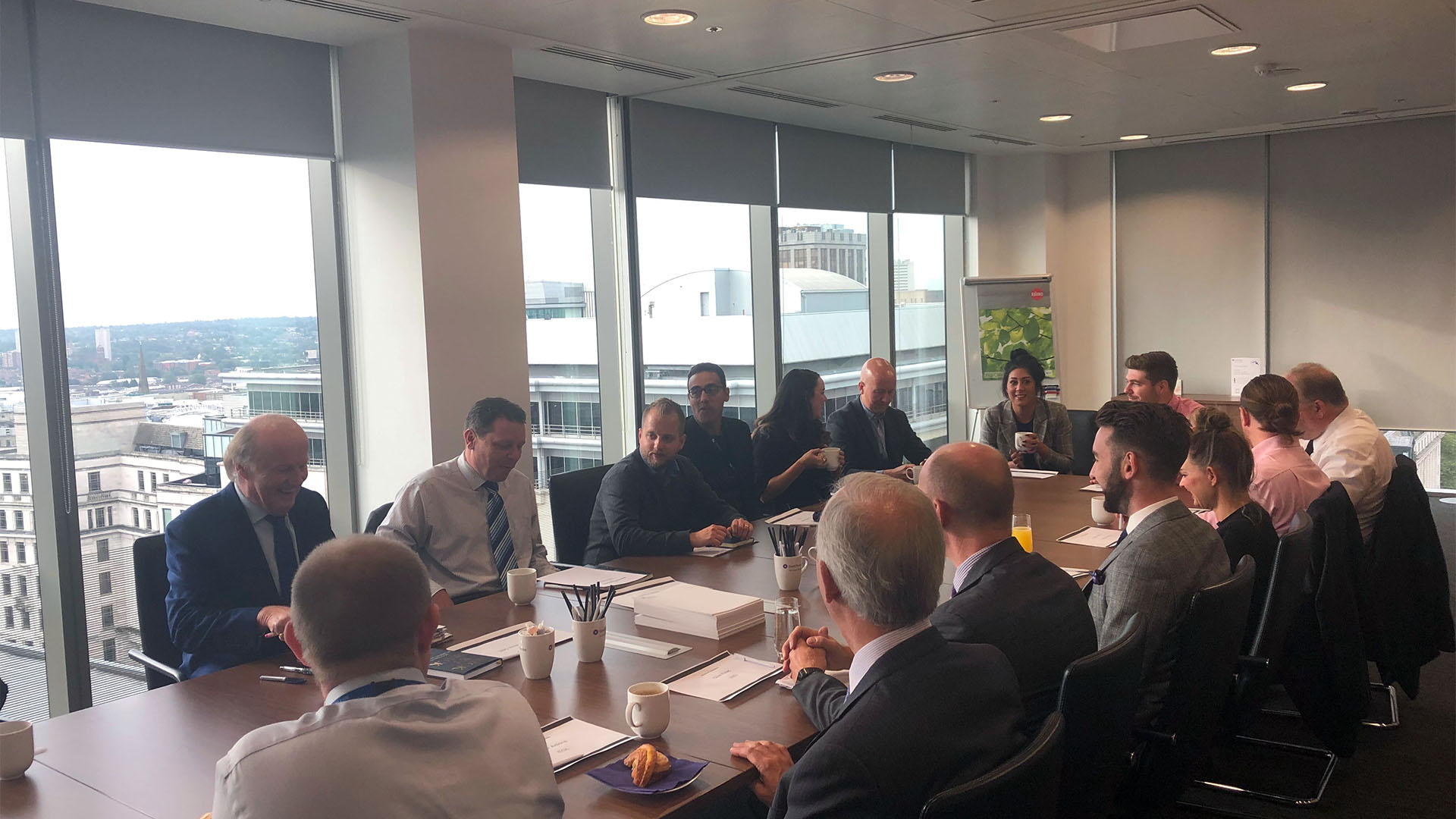 At the event we heard from David Davies as he shared insightful and humorous stories from his career spanning over 5 decades including his experience as a BBC sport and political broadcaster and his rise to one of the top positions in English Football.

David highlighted that sport was once a hobby to people now it is a multi-billion Euro industry with the increasing international commercialisation of sport.

“However, sport does change people’s lives.” David shared his stories of supporting causes in underdeveloped regions of the world by using sport to shine light on the poorest across the world.

Sport is the showbiz of the modern generation David noted, the big clubs have a responsibility to entertain billions of people and the money these stars are receiving reflects this. However, the gap between the rich and poor in sport is obscene with an average pay gap of £150 million between the top 10 clubs in Europe and the rest of the teams.

“Problems are the problems whoever is in power” David noted in relation to the current political uncertainty the country is facing.

Head of Business Support in Birmingham Abby Goldie commented: “We were delighted to hold such a successful and well-received event with David, his experience throughout his career has led to amazing stories that we were lucky enough to have heard.”