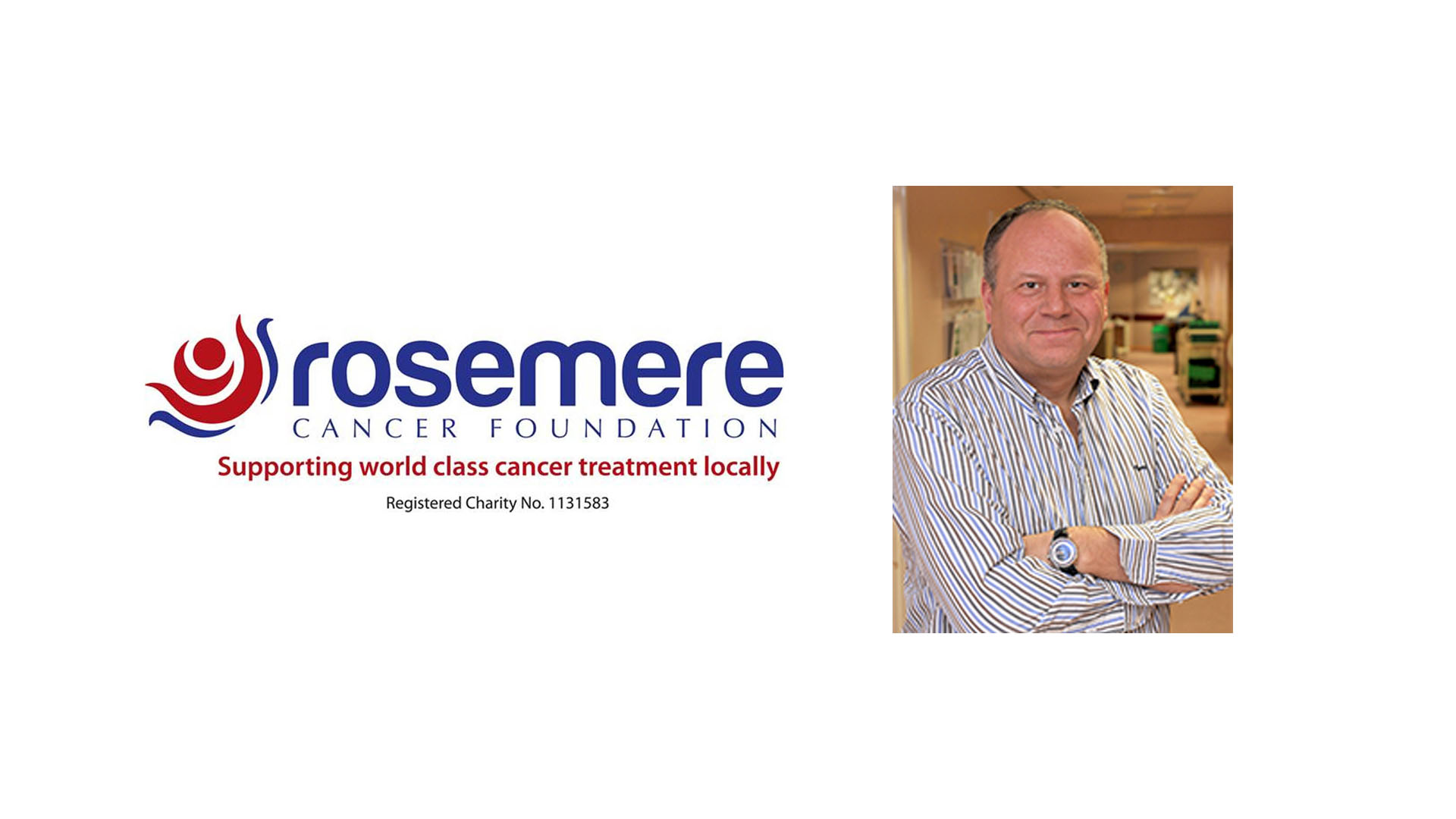 A “game changer” blood test, capable of detecting womb cancer even at its pre-cancerous stage, is to go into clinical trial at Rosemere Cancer Centre.

Consultants there have already been involved in a Rosemere Cancer Foundation sponsored study that has helped to establish the test as an advancement in improving the diagnosis and prognosis of the disease, the incidence of which is rising in the UK through its links to increasing obesity and an aging population.

Symptoms of womb cancer, which is already the sixth most common cancer in women, can include post-menopausal bleeding. Currently, testing for the disease is usually done in the first instance by transvaginal ultrasound to measure the thickness of the womb’s lining. It is a procedure which is intimate, expensive and limited by the scarcity of highly trained ultrasonographers.

Women with a thickened womb lining then undergo a biopsy either as an out-patient or in-patient if a general anaesthetic is needed.  In this country, of women found to have womb cancer, the majority are diagnosed with stage 1 disease but 30% have more advanced cancer and therefore a poorer prognosis1.

The simplicity and accuracy of the new blood plasma test offers the possibility of using it as a screening tool in those at risk of the disease, as well as a less invasive, less expensive, less labour intensive and more accurate means of diagnosing those women with womb cancer and fast-tracking them into treatment to catch their cancer early.

It is detailed in this month’s (May’s) edition of prestigious medical journal “Cancers”2, which carries an article outlining a three-year study of the test, which ended last year and was led by Dr Maria Paraskevaidi, a research associate at the University of Central Lancashire (UCLAN) and Imperial College London.

Dr Paraskevaidi received a Rosemere Cancer Foundation grant of £72,000 to work with oncological gynaecologists at Rosemere Cancer Centre, the region’s specialist cancer treatment centre at the Royal Preston Hospital, to complete what was for her a total 12-year project using blood spectroscopy to analyse samples. Spectroscopy is a technique that uses light to determine the molecular make-up of a blood sample.

In all, Dr Paraskevaidi tested the blood plasma of 652 women attending the Preston centre alongside others from NHS trusts in Manchester and London. She also collaborated with colleagues at the Federal University of Rio Grande do Norte, Brazil.

In doing this, Dr Paraskevaidi and her team generated a characteristic biological fingerprint indicative of specific proteins, lipids and other biomolecules that confirmed whether or not patients were presenting with signs of womb cancer or its precursor, the pre-cancerous condition atypical hyperplasia.

Dr Paraskevaidi said: “Despite the rising incidence of womb cancer throughout the world, there have been few advances made in improving diagnosis and prognosis of this disease.

“Our research signals an important step forward for patients, clinicians and the research community, and has the potential to be developed into a simple, low-cost and instantaneous test for endometrial (womb) cancer in the future.”

Professor Pierre Martin-Hirsch, Rosemere Cancer Centre-based consultant in gynaecological cancer surgery and Research Director at Lancashire Teaching Hospitals NHS Foundation Trust said: “This is a potential game changer in the early recognition of endometrial (womb) cancer. I am proud of the achievements of this collaborative team.”

Now Professor Martin-Hirsch and his Rosemere team are to take the test into clinical trial as an initial step to establishing it as a first-line diagnostic tool across the NHS.

Rosemere Cancer Foundation works to bring world class cancer treatments and services to cancer patients from throughout Lancashire and South Cumbria being treated at Rosemere Cancer Centre and another eight local hospital cancer units across the two counties. Besides research, it funds cutting edge equipment, training and other cancer services and therapies that the NHS is unable to afford. For further information on its work, visit www.rosemere.org.uk