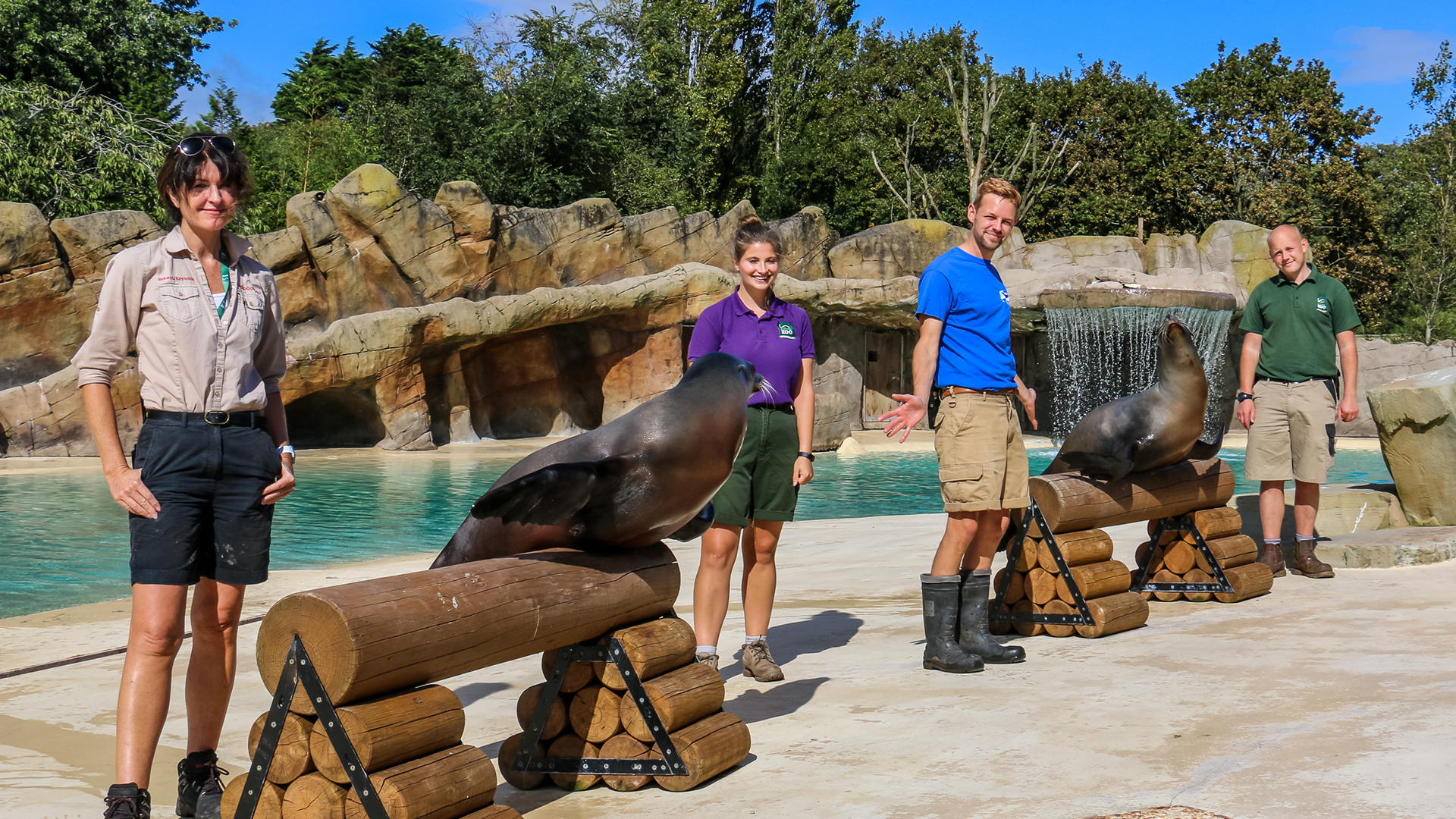 A programme which inspired young people to study for careers working with animals has earned its stripes after winning a coveted national award.

Future Zoo, a course which allows school students to gain work experience at Blackpool Zoo, was granted a Gold Award by the British and Irish Association of Zoos and Aquariums (BIAZA) at its annual awards.

The programme, which is organised by Future U alongside Blackpool Zoo and Myerscough College, gave students from local schools in Lancashire the chance to learn about wildlife conservation and the variety of jobs available in zoology if they went on to study further education.

As a result, over half of the students that took part said they were more likely to apply for further education when they left school.

Judges at BIAZA praised the programme for its “capacity to truly change the lives of students by raising their aspirations and improving their emotional wellbeing.”

In total, 145 students took part in the three-day sessions, seven of whom had never visited a zoo before. Students learnt about identifying species, improving habitats and enclosures, research and animal training.

Future U works across Lancashire to increase career and Higher Education aspirations for young people and encourage teenagers to think about studying at university and their career aspirations.

Theo Blackburn, Future U Programme Manager, said: “Future Zoo has offered pupils an incredible opportunity to learn and experience what a career at a zoo might entail, from zookeeping to conservation. The experiences the zoo offered, including feeding giraffes and zebras, and getting up close with elephants, were unforgettable and a first for many of the pupils.

“The team at Blackpool Zoo were inspirational and many of the pupils have commented on how much they appreciated the trip and are now considering a career working with animals in the future.”

Jackie Hough from Myerscough College added: “Myerscough College has worked in partnership with Lancashire Future U now for some years and has a long history of collaboration with Blackpool Zoo, so we are delighted to see the Future Zoo project winning a BIAZA Gold Award.

“To work on this collaborative project is so rewarding, as you get to see the difference ‘real life’ experiences can have on young people and their employability skills and aspirations. Myerscough College and the Animal Studies team are excited to be actively involved in the next running of Future Zoo with Blackpool Zoo and Future U during this coming year.”

Rebecca Reynolds, Head of Education at Blackpool Zoo, said: “We are thrilled to have been recognised with a Gold Award at the BIAZA Awards 2020.

“Not only is it testament to the incredible work carried out by the teams at the zoo and our partner organisations, but it is also a tribute to the wonderful attitudes of every single young person that participated.

“The students relished the learning opportunities on offer to them, they were inspired by real life conservation stories and enthusiastic to learn about animals and their welfare. Our research also highlighted that green space and connection with animals had a positive effect on their mental health and sense of wellbeing.”

“Important life skills were also taken from the course, which are vitally important for young people as they prepare to progress further into education or employment.

“The results far exceeded our expectations as we aimed for 25 per cent of students to have raised aspirations, this figure increased to over 90 per cent, which is fantastic.”

Since launching in 2017, Future U has held more than 800 events and activities to support over 16,000 young people to think about applying for university. The programme works alongside the county’s four universities and 10 colleges throughout Lancashire and has continued to deliver activities online during the lockdown.

Future U is part of the national Uni Connect Programme, funded by the Office for Students, and continues to support school pupils across Lancashire to encourage more young people to think about higher education and future careers. The project involves institutions and organisations across the county including the University of Central Lancashire, Lancaster University, Edge Hill University and the University of Cumbria.

Lancashire’s Future U works with a network of schools, in addition to colleges, higher education providers and local agencies to create tailored activities to meet the needs of students for now and the future.