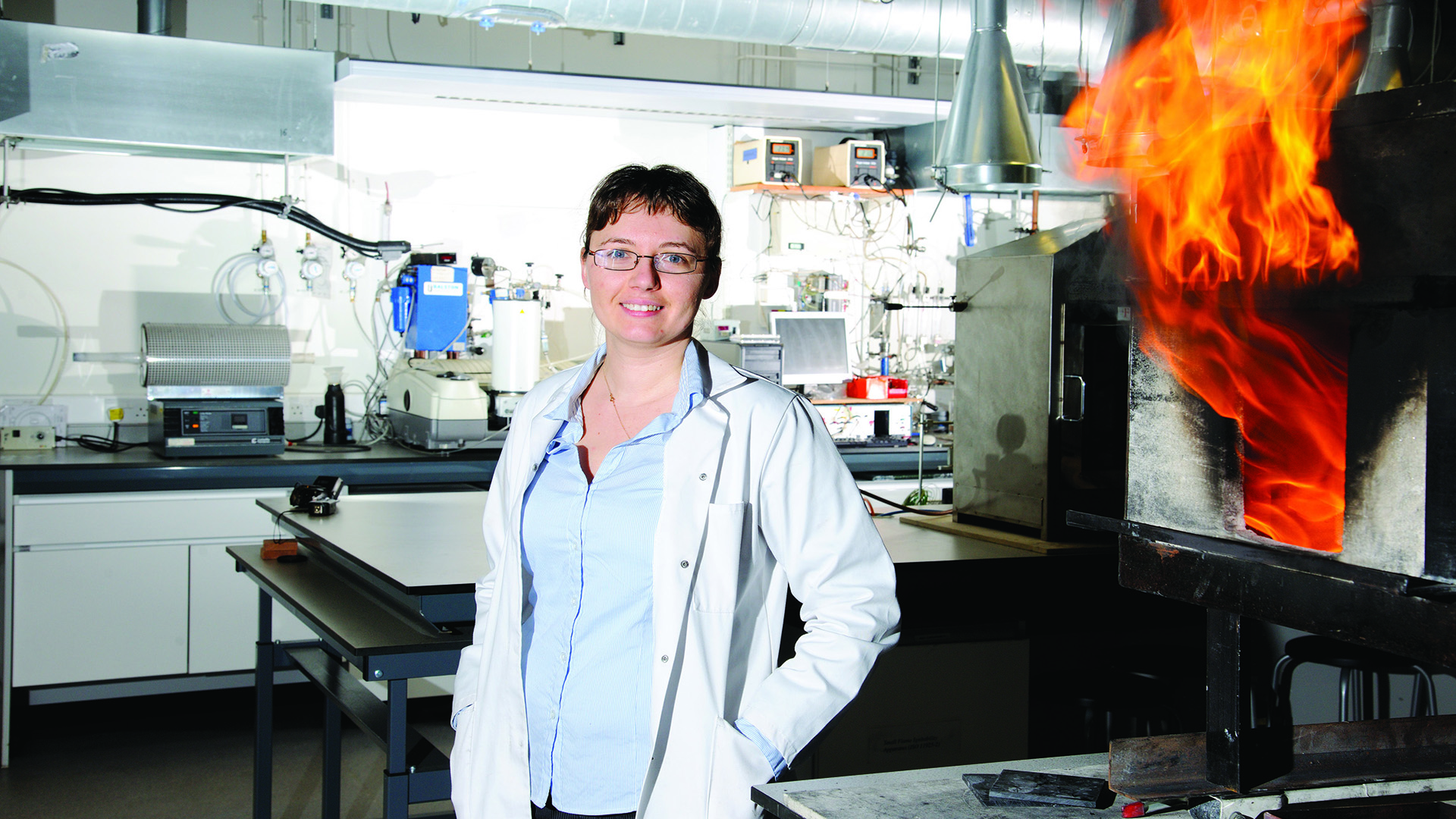 Two research projects at the University of Central Lancashire (UCLan) have been shortlisted for prestigious Times Higher Education (THE) Awards.

Research exposing contaminated soil around Grenfell Tower has been shortlisted for Research Project of the Year (STEM), while a collaborative project working with refugees on the Greek island of Lesvos is a contender for International Collaboration of the Year.

The Grenfell study, which showed significant contamination by carcinogenic fire residues in soil surrounding Grenfell Tower, was run by UCLan Professor of Fire Chemistry and Toxicity Anna Stec. It led to her giving evidence to the House of Commons Environmental Audit Committee and subsequent Government recommendations, including health screening for the local population and firefighters active on the night of the fire.

She said: “I have worked hard to make sure that serious long-term health risks caused by the Grenfell Tower Fire aren’t ignored and additional screenings are put in place. I am delighted to be shortlisted for a THE Award.”

The University has also been recognised for its efforts to support the thousands of child refugees living on the island of Lesvos. Its ‘Letters from Lesvos’ project, was led by Professor Ali Melling MBE, Director of the Centre for Volunteering and Community Leadership at UCLan.

Dr Melling and her team worked with The UN Refugee Agency, the University of the Aegean, Metadrasi – Action for Migration and Development and other NGOs to give a voice to children fleeing conflict or persecution. They did this through art projects, peer support and a planned e-book sharing dialogue between Metadrasi, asylum-seeking children, and children from partner school Marsden Heights Community College in Brierfield, East Lancashire.

Professor Melling commented: “Through the Letters to Lesvos project, we wanted to create a welcoming environment for refugees and asylum seekers and importantly give vulnerable children a voice to share their experiences with the outside world.  All of the children we worked with had undertaken perilous journeys and experienced significant trauma before their arrival on Lesvos, so it is important that their stories are told.

“In the e-book we are planning to publish, we want to inform other children, policymakers and strategists about the realities of life as an unaccompanied child asylum seeker. To see the project shortlisted for the International Collaboration of the Year Award reinforces its significance.”

This year marks the 16th year of the annual THE Awards and will be the first one to take place virtually. Shortlisting has taken place across 20 categories, covering the full range of university activity across leadership and management, administration, and academia.

Despite the pandemic, hundreds of entries still came in from all corners of the UK, with over 80 institutions represented on the shortlists of what is widely regarded as the “Oscars of higher education.”

THE editor John Gill said: “This has been a year like no other, and universities have faced unprecedented challenges as a result of the pandemic.

“While we are by no means through the crisis, the response over the last six months has been immensely impressive, and served yet again as a reminder of the dedication and commitment that exists across UK higher education.

“While this year’s THE Awards will differ from previous years, since we will not be able to gather to celebrate in person, the purpose remains the same: to highlight and champion the very best of the talent and creativity that shines out from our universities.

“In 2020 more than ever, it is vital to recognise and shout about those achievements, and we have been gratified by the huge number of entries at a time when university staff had so many demands on their time.”

Winners will be announced at a virtual awards ceremony on Thursday 26 November.