Homelessness and Rough Sleeping – Who Cares? 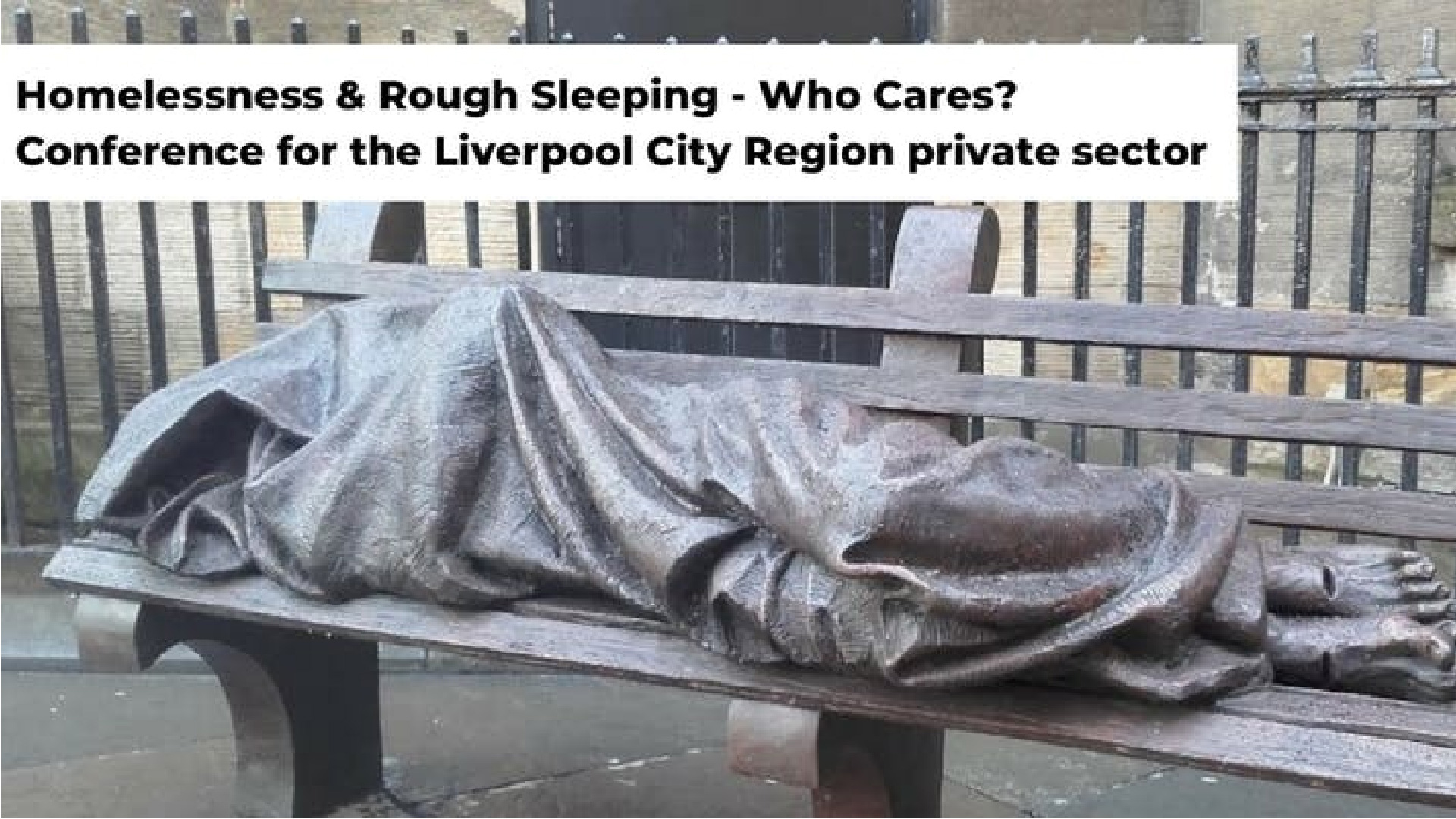 Why should you attend?

Homelessness is an issue which affects people from all backgrounds
Homelessness has a negative impact on the City economy
Homelessness reflects badly on Liverpool as a destination and as a community.
This is a must attend event for any business leader or member of the business community who cares about the issue of homelessness and rough sleeping in the Liverpool City Region.

With the much-respected Professor Michael Parkinson of the University of Liverpool chairing the event.

Purpose of the event?

What more can be done by whom? Through speakers, dialogue and participation the conference is structured around the themes of:

Throughout the morning we shall scope the nature of the challenge and map the local response and vision for the future. The final part of the Conference is to identify areas of action and invite the private sector to help shape how a shared participation in the response to homelessness and rough sleeping might look to support the work already being done.

Who is involved in the Conference?

The initiative behind this Conference came from the Community Foundation for Merseyside’s (CFM) twentieth anniversary year, in which they celebrate a successful journey which has seen over £41 million handed out to good causes across the region. CFM has teamed up with Liverpool Parish Church, which has been at the centre of social justice issues in the City Centre for centuries, and is a public space open and accessible to all. We are joined by Professor Michael Parkinson, who, as Associate Pro-Vice Chancellor for Civic Engagement, represents the University of Liverpool. The University is a major anchor institution which is both committed to and engaged in the City. It is committed to tackling social issues directly and through thought leadership.