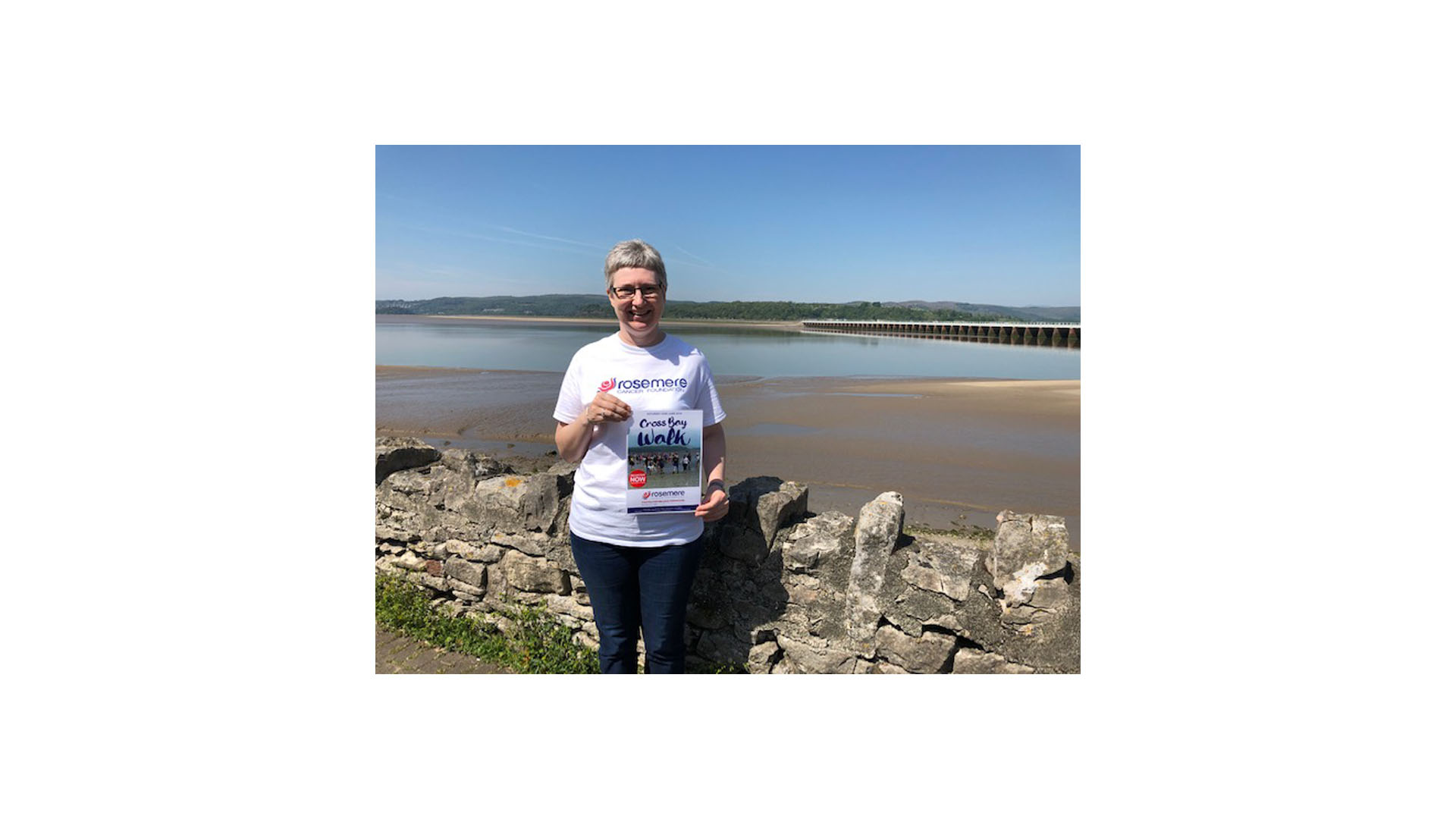 Registration is now open for Rosemere Cancer Foundation’s annual Cross Bay Walk, which this year takes place on Saturday, 22nd June, and is a favoured route for helping the charity raise funds.

Setting off from Arnside Pier and finishing at Kents Bank Train Station, the eight-mile Cross Bay Walk heads out from the shore to cross the treacherous but iconic Morecambe Bay – the largest expanse of intertidal mudflats and sand in the UK.

Infamous for its shifting channels, fast tides, quicksands and draining rivers, which make for its dangerously unpredictable character, Morecambe Bay can only be safely navigated with help from an official guide and this year, new Queen’s Guide Michael Wilson, a local fisherman, will lead the way for Rosemere Cancer Foundation, following the retirement of 86-year-old Cedric Robinson, who famously held the post for more than 50 years.

The walk, which is suitable for children aged seven plus and for dogs, is one of only a handful of yearly fundraising events organised directly by the charity itself.

Last year’s walk had to be cancelled because heavy spring rainfall had made some of the channels too deep and fast flowing to cross safely so this year, Rosemere Cancer Foundation’s North Lancs and South Cumbria area fundraising co-ordinating Julie Hesmondhalgh has worked to secure 450 walk places – 100 up on its 2018 tally – to ensure anyone disappointed not to have had the opportunity to complete the trek last summer should be able to be allocated a place this year.

Julie said: “The walk is very popular and places are sought after but our supporters’ safety and wellbeing is obviously paramount to us. Last year, we had a 360-strong walking party eager to make the crossing. Walk day itself was sunny and warm but heavy rainfall earlier in the year, which had caused flooding in the Lakes, meant that despite seemingly glorious conditions, it was just too dangerous.

“Hopefully, this year’s walk will happen. It’s a great experience if you’ve never done it and even if you have done it before, the sands are constantly changing so the route across the bay is never exactly the same.”

To join the 2019 Cross Bay costs £10 per person. Sign up is via Rosemere Cancer Foundation’s website at www.rosemere.org.uk. Alternatively, call 01772 522913 to request a postal application form.

For anyone needing to use public transport to get to the start, there are coaches available to take walkers from Grange Train Station at 8-15 am for the walk’s 9 am start. The cost is £3 per person and places must be booked in advance by telephoning the above number. The walk takes approximately four hours to complete.

Rosemere Cancer Foundation works to bring world class cancer treatments and services to cancer patients throughout Lancashire and South Cumbria being treated at Rosemere Cancer Centre, the region’s specialist cancer treatment centre at the Royal Preston Hospital, and at another eight local hospital cancer units across the two counties. It does this by funding cutting edge equipment, research, training and other services and therapies that would otherwise be beyond limited NHS resources.