In Conversation with Nick Eastwood

By chris30th January 2019 No Comments 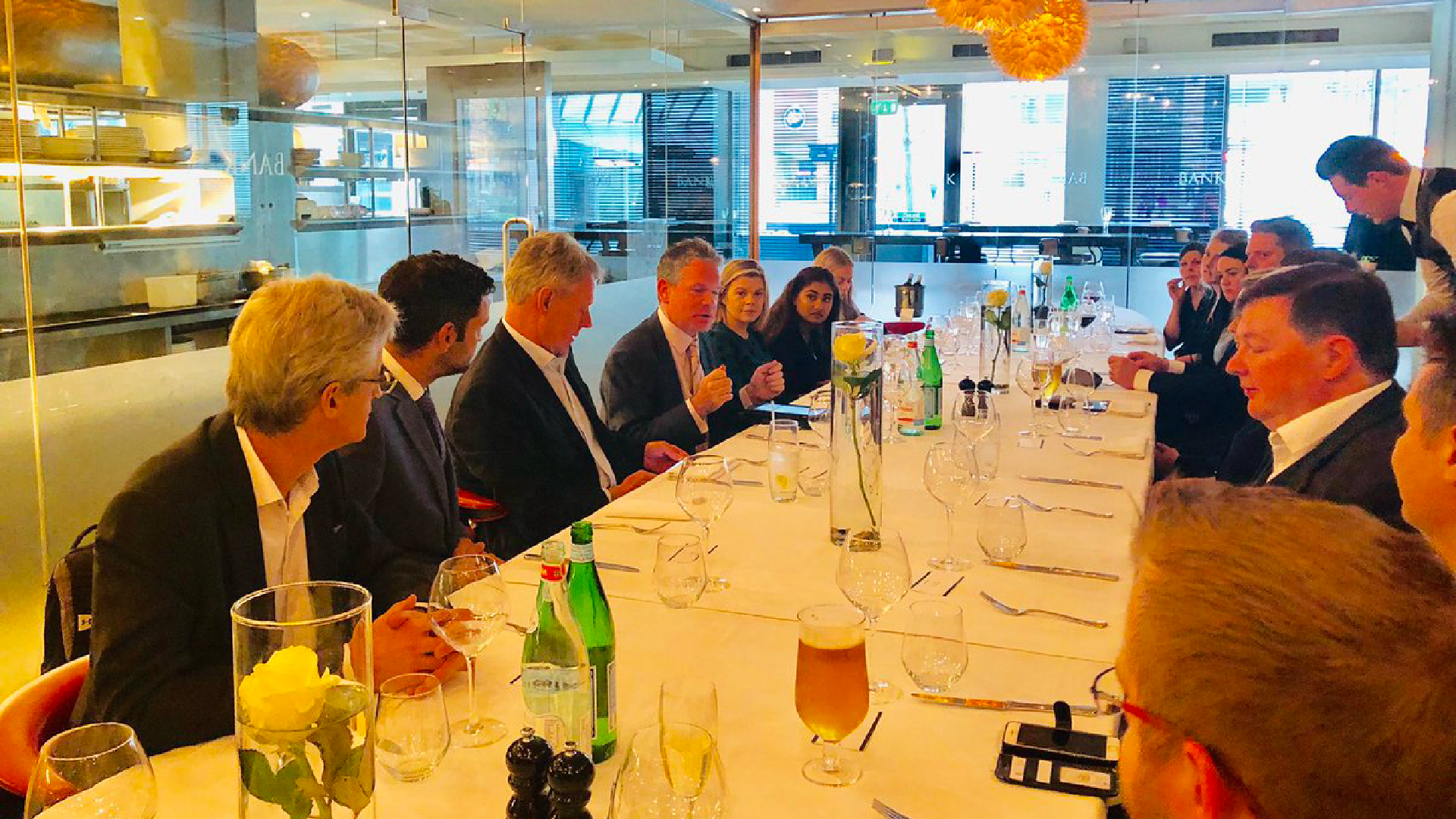 Downtown in Business Birmingham recently hosted an exclusive ‘In Conversation’ event with business leaders from Birmingham. The event saw Kevin Johnson of Urban Communications engage with Nick Eastwood, Chief Executive of Coventry Wasps in conversation on his Body Shop roots and Wasps’ acquisition of Ricoh arena.

Hosted at BANK restaurant in Brindley place over lunch, Eastwood narrated the journey and challenges Wasps have faced in their move from High Wycombe to Coventry.

Clive Read, Office Partner from VWV asked; “What do the next 5 years look like for Wasps and Ricoh?”. Eastwood commented; “We will continue to win hearts and minds through engagement. The honeymoon period of Wasps’ arrival in Coventry has ended and we are approaching the hard yard”.

Eastwood also commented on continuing the growth outside of the pitch with plans to keep the concert, exhibition and events business in growth, impacting not just the Ricoh but the wider Coventry area with plans to build a new hotel.

Coventry has also been named as the UK’s European City of Sport for 2019. Eastwood expressed his excitement for the increased presence for Coventry and the surrounding areas. Wasps will be engaging with the city partners to drive community and international exposure to put Coventry on the European sporting map.

What does the Common Wealth Games mean for @WaspsRugby @RicohArena ? Nick Eastwood shares all to our @DIBBrum members, at our exclusive lunch at @Bank_Birmingham pic.twitter.com/uPD0HkYn2X

At the wonderful @Bank_Birmingham this afternoon – In conversation with Nick Eastwood @RicohArena @WaspsRugby sharing his career journey and his role in the clubs successful move from High Wycombe to Coventry, in conversation with @urbancomms @DIBBrum pic.twitter.com/zZej0vVBb5

Scene is set. @DIBBrum ready to welcome members for an afternoon with Nick Eastwood!@DIB_Charlotte in full event swing! pic.twitter.com/tGs1Smd3eU