Keith comes over all holy for Rosemere this Christmas 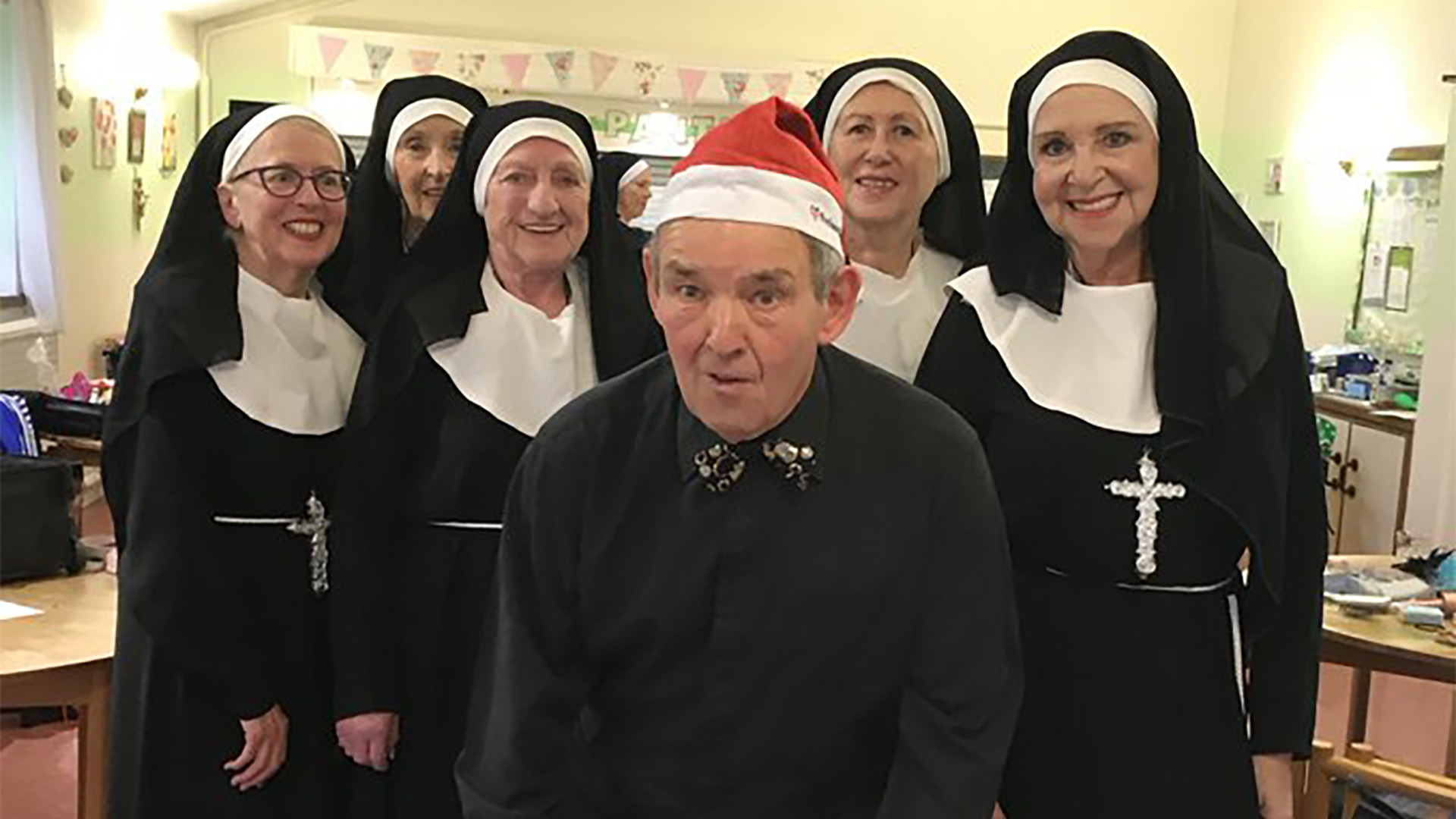 Bamber Bridge-based BusinessGiftUK.com, a longterm Rosemere Cancer Foundation supporter, came up with the challenge, inviting local firms at a series of business network events it attended in November to strike a pose for the cause.

In return for a £5 entry fee, which it donated to Rosemere Cancer Foundation, BusinessGiftUK.com gave contestants a Santa hat, which had to feature in the selfie, a chocolate advent calendar and a sample of a Blackpool-made Brite-Mat mouse mat.

All posted selfies then appeared in a gallery on the company’s Facebook page with Rosemere Cancer Foundation’s chief officer Dan Hill choosing the winner from a total entry of 58 photos.

BusinessGiftUK.com’s Steve Ward said: “The challenge has been very well received. The photos have brought a lot of laughs and a good donation to Rosemere. Keith and co are deserving winners.”

For his photo, Keith, who was joined by members of the GO on Tour (Golden Oldies) local theatre group, which happened to be putting on a show at Leyland Day Centre, won 100 Brite-Mat mouse mat 2020 calendars personalised to his business and worth £200.

Rosemere Cancer Foundation works to bring world class cancer treatments and services to cancer patients from throughout Lancashire and South Cumbria being treated at Rosemere Cancer Centre, the region’s specialist cancer treatment centre at the Royal Preston Hospital, and at another eight local hospital cancer units across the two counties.