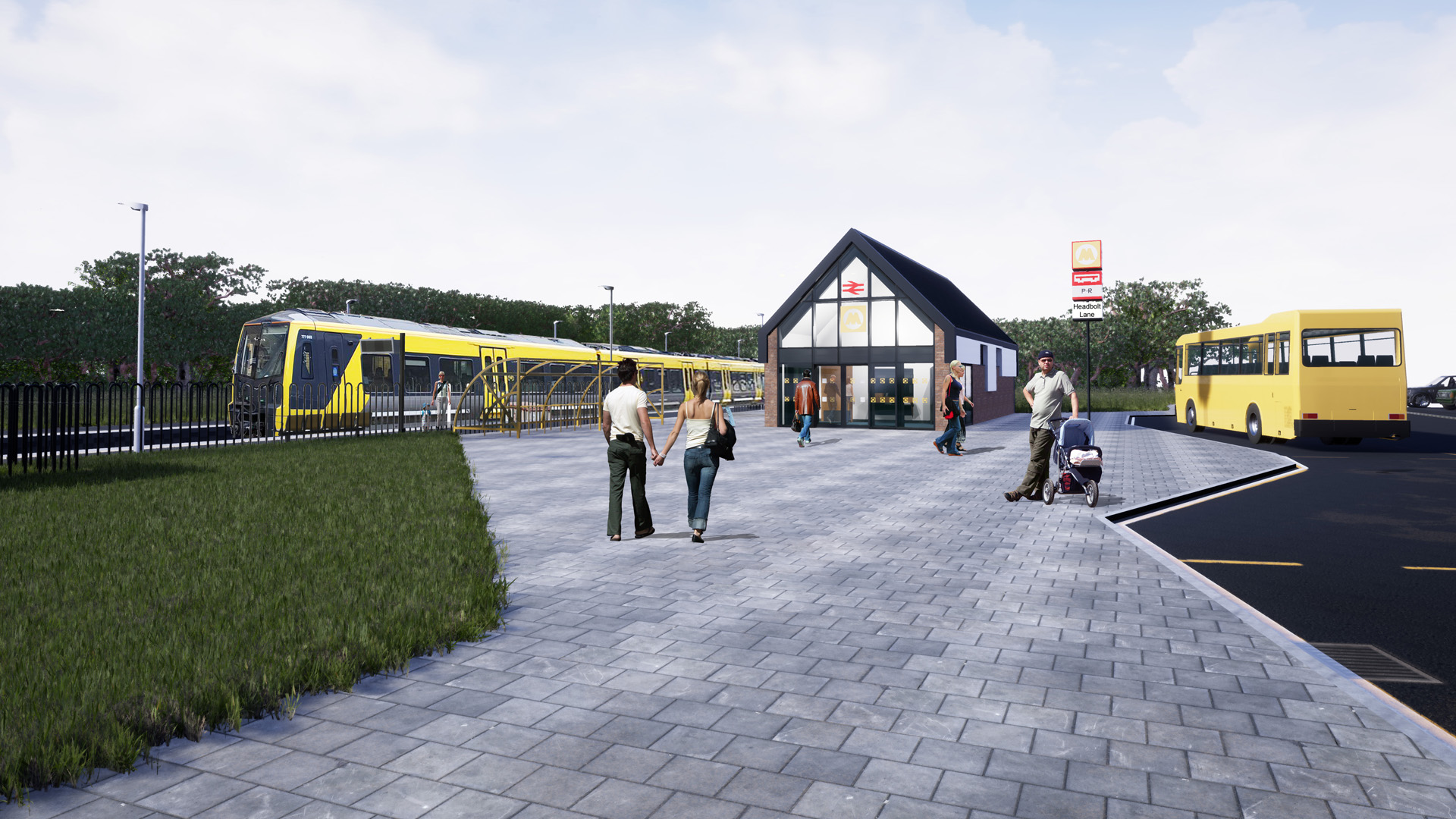 Metro Mayor Steve Rotheram’s pledge for a new station at Kirkby Headbolt Lane has moved a step closer thanks to a further £3.3m investment. And images illustrating the potential design of the new station have also been revealed.

The additional funding, from the Combined Authority’s Strategic Investment Fund, has been approved to move to the next stage of Network Rail’s design process.

It would see Merseyrail services run into the new station, as opposed to the current services which run as far as Kirkby. Northern services from Wigan and Manchester would also operate to and from the new station.

The development also forms part of the plans to build new rail link to Skelmersdale, which would connect to the Merseyrail network via Kirkby. Merseytravel is continuing to work closely with Lancashire County Council and West Lancashire Borough Council to support that scheme.

An outline business case is currently being developed for the scheme, which is expected to be completed by September 2020. It is planned for the new station to be operational by 2023.

The station also forms part of the Liverpool City Region Long Term Rail Strategy, a 30-year plan, which was updated in 2018.

Speaking about this new investment in the scheme, Metro Mayor Steve Rotheram said:

“I’m delighted that we’re moving forward with our plans for a new station at Headbolt Lane. It’s a really exciting moment and great news for the people of Kirkby. It shows my continued commitment to invest in transport infrastructure across the whole city region.

“As a local lad, Kirkby is close to my heart so I’m pleased that it will now be better connected to the city region via our new trains which will be some of the most sophisticated in the country. An improved public transport network is central to building back better and supporting our economic recovery.

“I remain determined to deliver our ambitious plans for a London-style integrated transport network that the people of the city region deserve. We know that transport may look different post-Coronavirus, but that will not stop us from realising our ambitions for the future.”

“I’m delighted that this project has secured funding.

“It will also significantly improve transport options for our residents as well as improve access to Knowsley Business Park (one of the largest employment areas in Europe) and other key services, particularly in the Northwood and Tower Hill areas in Kirkby.

“I look forward to seeing this project progress.”

“We’re delighted to be working with the Metro Mayor and our Combined Authority partners on the new station development at Headbolt Lane.

“The new station and reinstatement of two tracks, will ensure Merseyrail and Northern can serve a greater number of passengers in the wider Kirkby area.

“It will mean better connections to Liverpool and Manchester by public transport, bringing greater opportunities for work, study and leisure.”