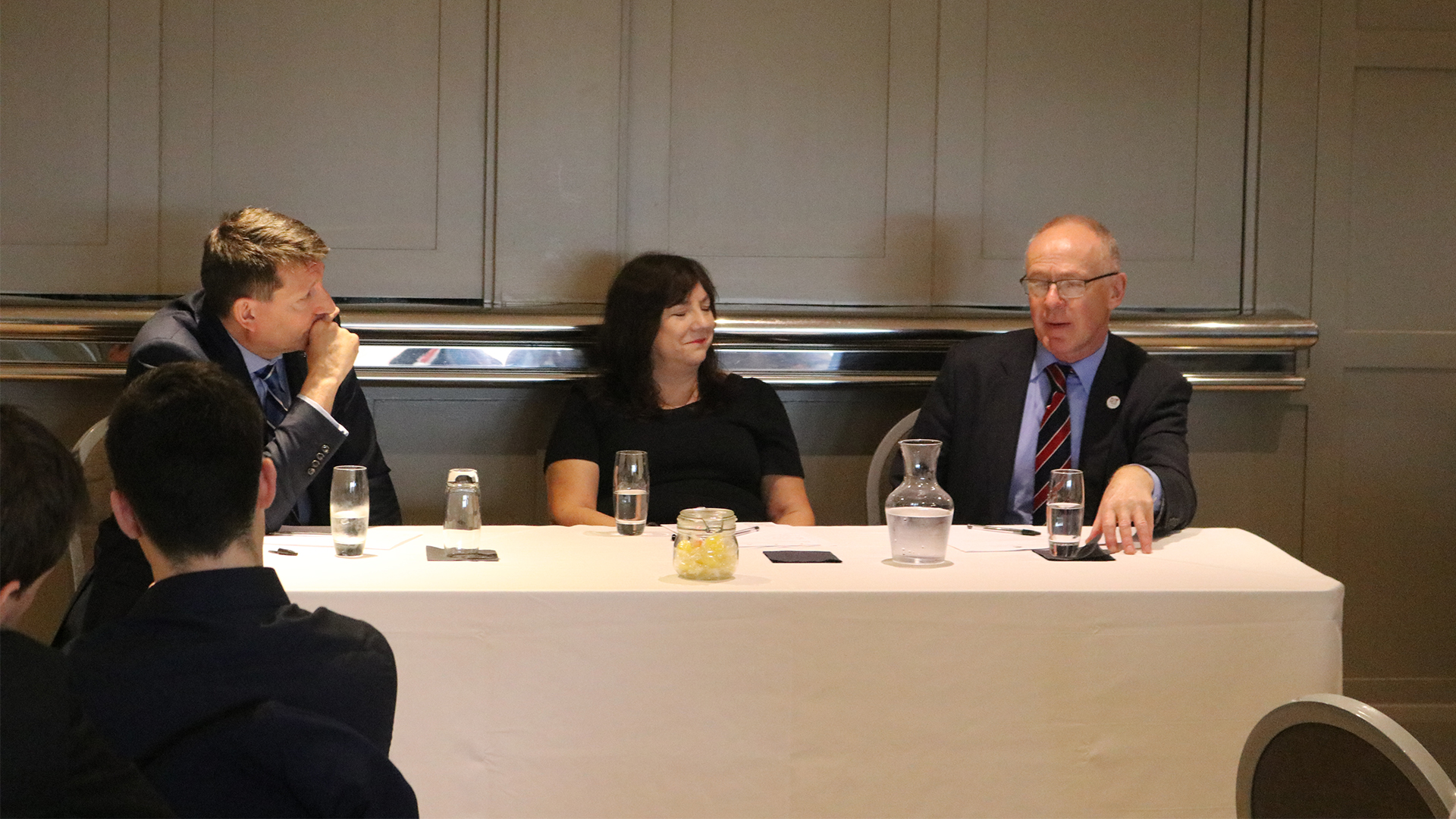 Despite the Manchester exhibition marquee being blown into the Channel due to uncharacteristic stormy weather conditions in the south of France, the city’s delegation to last month’s property festival MIPIM was described as “hugely successful” by city council leader Sir Richard Leese, at a ‘Leaders Lunch’ event hosted by Downtown in Business earlier this week at the Great John Street Hotel.

Leese was joined on the platform by council chief executive Joanne Roney, who was equally impressed by the city’s MIPIM performance.

Speaking to fifty professionals from the property sector Leese commented:

“Having not been to the festival for five years, it was great to see Manchester maintaining a big presence at the event; and showcasing, in a very effective way, the work that is going on here, and the investment opportunities that exist. The Manchester delegation, which is led by the private sector, worked really hard throughout the week to get our key messages across. I think, above all, we wanted to talk about more than the impressive crane count. We had an eclectic events programme that touched on equality within the sector, the importance of culture and quality of life in cities, and the wider development plans in Greater Manchester. It was an ambitious programme, and one we managed to deliver very effectively.”

“We are all aware of the fantastic regeneration that this city has enjoyed for well over a decade now. The challenge going forward is to make sure that Manchester’s residents are benefitting from that regeneration and economic growth. That means a focus on education, skills, and our young people. It means taking advantage of the devolved powers we have in GM around health and social care. And it means adding to the fabulous cultural offer we have.”