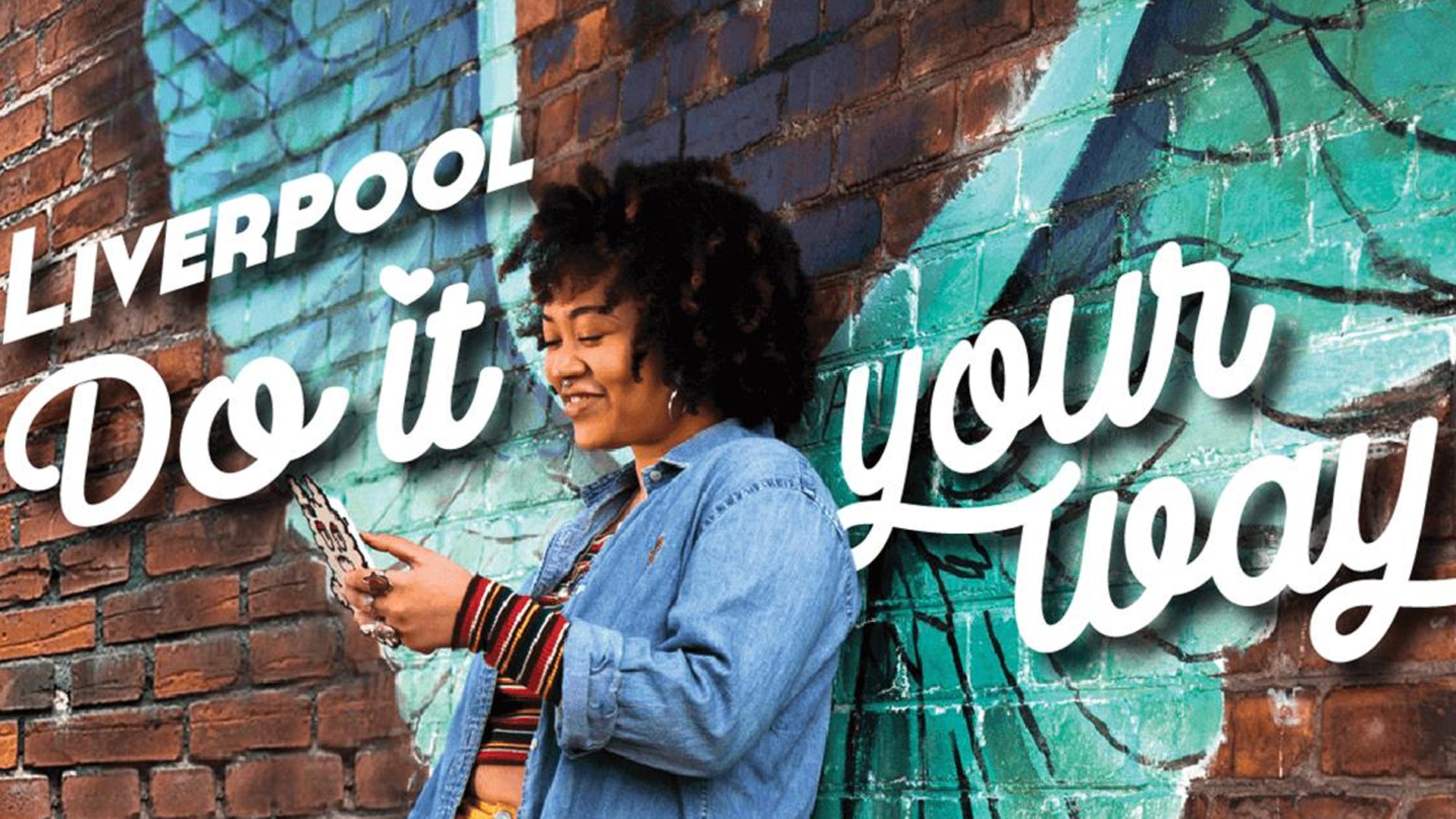 Liverpool was the UK’s most talked about cultural destination in 2018 and after an unforgettable year of art, music, culture and sport the city has now launched a brand new destination campaign.

Marketing Liverpool have been commissioned by Liverpool Visitor Economy Network (LVEN), a strategic group of major players in the city region, to create a new campaign that attracts even more domestic and international visitors to the city.

Liverpool. Do It Your Way, which launched last week, highlights Liverpool as a visitor destination to a global audience. Using real people who have visited and fallen in love with the city, the campaign seeks to capture the excitement, individuality and desires of the modern-day traveler. The people chosen to be the ‘heroes’ of the campaign include Kyami who’s passion for music she found mirrored on the streets of Liverpool.

The brand-new campaign will put an emphasis on Liverpool’s vast visitor offering and will engage potential visitors with the idea that no matter what they’re looking for on their travels, they’ll find it in Liverpool. Liverpool. Do It Your Way will put the power back into the hands of the visitor, allowing them to create the break that’s right for them.

Recently voted by TripAdvisor users as the third most popular destination in the UK (behind only capital cities London and Edinburgh), Liverpool has seen explosive growth as a visitor destination in the last decade and this new campaign aims to build on this.

Donna Howitt, chair of LVEN’s marketing group, spoke of the importance of keeping Liverpool moving in an increasingly competitive tourism industry: “Liverpool has experienced tremendous growth in recent years, but we can’t be complacent. This campaign allows us to build on our success and position Liverpool as a must-see destination for domestic and international audiences.

“Research is at the heart of the campaign and the creative strategy and concept is based on powerful insights from our visitor research.”

Marketing Liverpool have also commissioned Zut Media to produce a series of short films for the campaign, each of which focus on a different hero and their Liverpool experience. Alongside this, a vast array of brand-new photography, an extensive social media campaign and a dedicated section on the visitliverpool.com website will allow visitors to either follow in the footsteps of the campaign heroes or create their own, bespoke itinerary using the VisitLiverpool itinerary builder.

Mark Hancock, Creative and Strategy Director of Zut Media explained what it was like to work on the Liverpool. Do It Your Way campaign, ““We were delighted to create a series of videos for the Liverpool. Do It Your Way campaign. The videos highlight why Liverpool is the perfect place for a city break and we’re really proud of how well they capture the magic and individuality of both the city and the people.

“It was great to work with the Marketing Liverpool team and bring their ideas to life.”

The campaign is set to run over the coming months and will launch with a dedicated social media campaign in targeted cities worldwide. Marketing Liverpool will launch the campaign with the help of partners across the city as well as VisitBritain and VisitEngland, all of whom are promoting visitors to experience Liverpool in their own way.

Chris Brown, Director of Marketing Liverpool said: “The campaign is international in its ambition and appeal. It celebrates the moments and experiences that make Liverpool an unforgettable destination for domestic and international visitors. In today’s age, travellers are looking for authentic travel experiences which is exactly what this campaign aims to promote.

“The campaign tells the story of Liverpool as a visitor and conference destination to a global audience, by creating inspiring stories and content that are relevant to new and existing audiences.”

Visitors can head to visitliverpool.com/doityourway to build their own custom itinerary where they’ll also find itineraries, videos and blogs all ready to help inspire a visit to Liverpool.