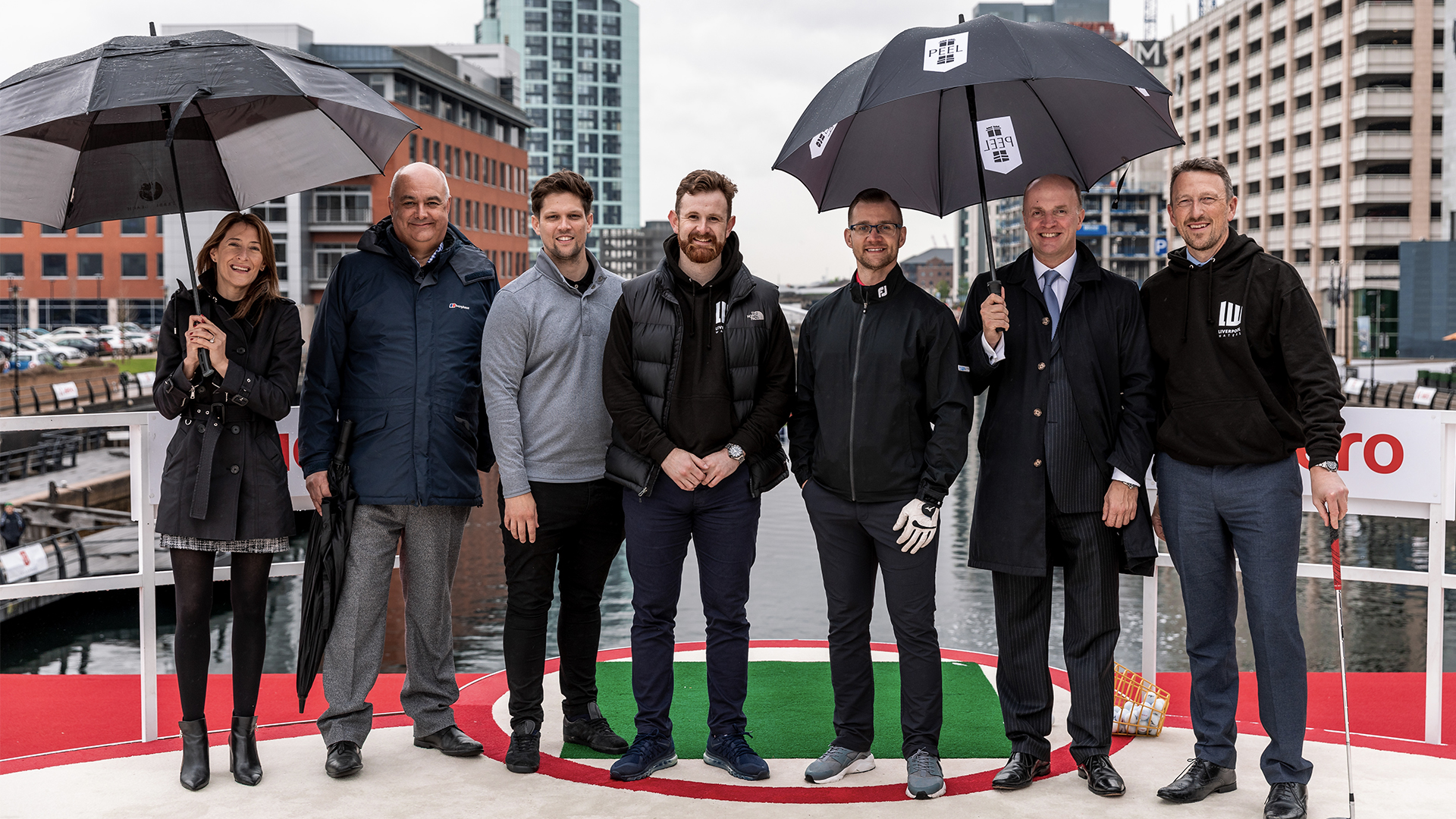 Earlier this month, Tommy Fleetwood made it third time lucky as he won the Hero Challenge at Liverpool Waters Princes Dock, ahead of the Betfred British Masters.

Held at the iconic waterfront location, this year’s event saw Liverpool Waters follow world-famous locations, including Edinburgh Castle and London’s Canary Wharf, as the host of the event.

Owned by regeneration business Peel Land and Property, Liverpool Waters is a £5 billion waterfront development scheme which is transforming the city’s north docks, including development of numerous residential, commercial and leisure facilities across five distinct neighbourhoods.

The event featured Vernon Kay as host, aided by two-time PGA European Tour winner Anthony Wall, and Martin Kaymer got proceedings underway in his first round match with Wallace and Fleetwood.

During the innovative competition organised by the PGA European Tour, the players had 90 seconds to hit a maximum of ten balls at a target in the water, with four rings worth five, ten, 25 and 50 points, and the player with the lowest score was eliminated.

With big crowds lining the waterside in Liverpool for a front row seat to witness the action, Fleetwood racked up a massive 250 points in the final to beat Wallace after missing out in his two previous Hero Challenge appearances.

Following the main event which was aired on Sky to an audience of over 125 million, VIPs were given the opportunity to have a go for themselves and compete against eachother for the title. The six teams from local businesses including Curtins, Heyrod Construction, Marketing Liverpool, Cataclean, Willson Grange and hosts Liverpool Waters, with Curtins claiming the prize.

Liza Marco, Asset Manager at Liverpool Waters, said: “We’re incredibly excited to have hosted this year’s world-famous Hero Challenge event at Princes Dock. Liverpool’s waterfront provided a spectacular backdrop for the contest and it was a pleasure to work with the PGA European Tour team to make the most of our fantastic city, putting our historic waterfront well and truly on the map.”