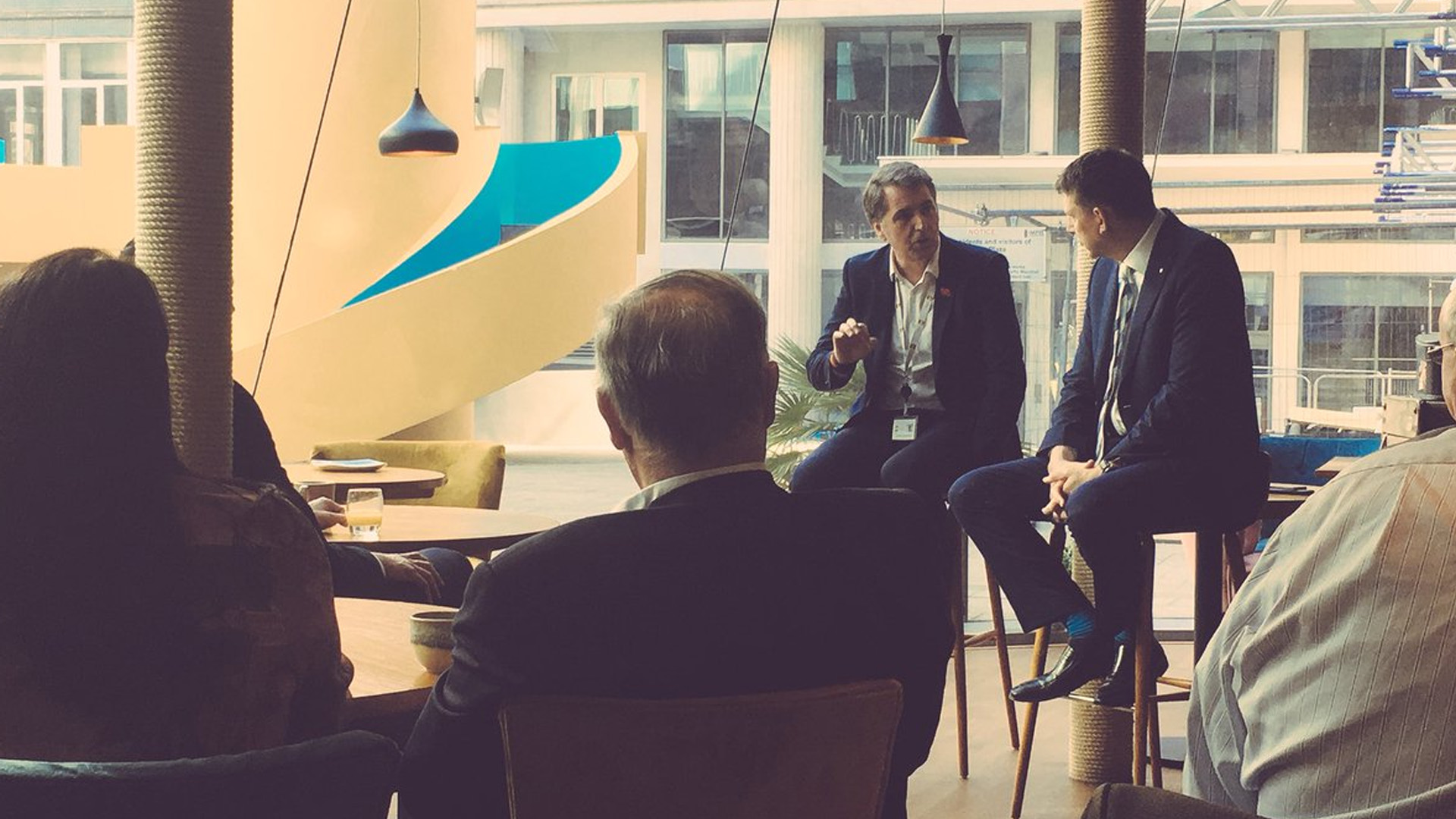 Among the key issues discussed by the Mayor, in conversation with Downtown boss Frank McKenna, were transport, the skills agenda, the Northern Powerhouse, and the visitor economy.

“Whitehall is almost paralysed by Brexit at the moment, making the negotiation of further powers challenging, but we are determined to push to get those extra responsibilities because we know we can do a much better job on, for example, the skills and training agenda, if we have the tools to do it.”

Rotheram pointed out that the much-trumpeted ‘Apprenticeship Levy’ was hugely underspent; whilst FE establishments continued to face financial pressures and budgetary cuts.

He confirmed that his close personal relationship with Greater Manchester Mayor Andy Burnham had led to discussions about better collaboration between the two Northwest giants, whilst relationships with other Metro Mayors, particularly Tory Andy Street in the West Midlands, was positive too.

Steve also reflected on his time as the Lord Mayor of Liverpool back in 2008, and his experience as the MP for the Walton constituency, highlighting the brilliant European Capital of Culture a decade ago as Liverpool’s springboard to renaissance; and discussing the Hillsborough enquiry and its ultimate findings as his greatest person moment in Parliament.

Steve Rotheram and the other English Metro Mayors will be at the International Business Festival on 13th June. To book your place to see them, and attend Downtown’s IBF conference that day, please CLICK HERE.