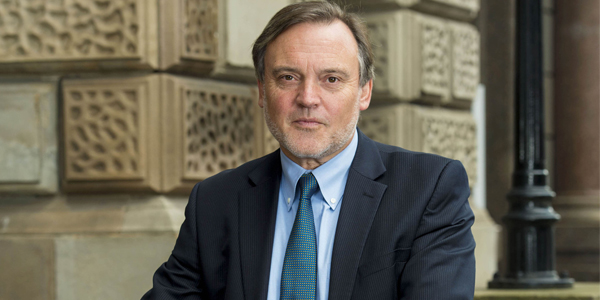 Chairman of the Unity Club, Keith Madeley, announces a change of Joint President of the Business Club, based at Cloth Hall Court in Leeds.

“I thank Gerald Jennings for all his support from the founding of the Unity Club’s predecessor, Trinity Club Leeds, to the launch of Unity Club last year; he has been a good friend and mentor from the very start.  I am now delighted to announce the appointment of Richard Gregory who will join Peter Slee, Vice Chancellor of Leeds Beckett University as Joint President”

Gerald Jennings says “I am delighted that Richard has agreed to become Joint President of the Unity Club, a superb coup for the organisation. Richard brings a wealth of experience and is a well-known and respected member of Yorkshire’s business community. I have been honoured to have been involved and help the Club over recent years and with Richard’s involvement, alongside Peter Slee as Joint President, the Unity Club couldn’t be in better hands for its future growth.”

Keith Madeley goes on to state “Richard is Honorary Yorkshire Bank Chair and a Senior Advisor to CYBG Plc. He is a former Senior Independent Director of the bank.  Yorkshire Bank are also supporting the work of Leeds Beckett’s University Business Centres offering banking and financial service information to early stage and growing businesses in the region.  Richard has supported relationships between higher education and business for many years in several roles. He is a former chairman of Sheffield Hallam University, Science City, York, and Yorkshire Innovation, the former Science and Industry Council of Yorkshire Forward. He was awarded an OBE in 2004 for services to Yorkshire.”

Richard said :  ” I am delighted to support the Unity Club in its initiative to offer high quality meeting space to visiting SMEs in Leeds, and create a valuable networking opportunity and relationship with Leeds Beckett University. Yorkshire Bank and the University share the same goals of fostering business growth and innovation, so vital for the future of our regional economy.”