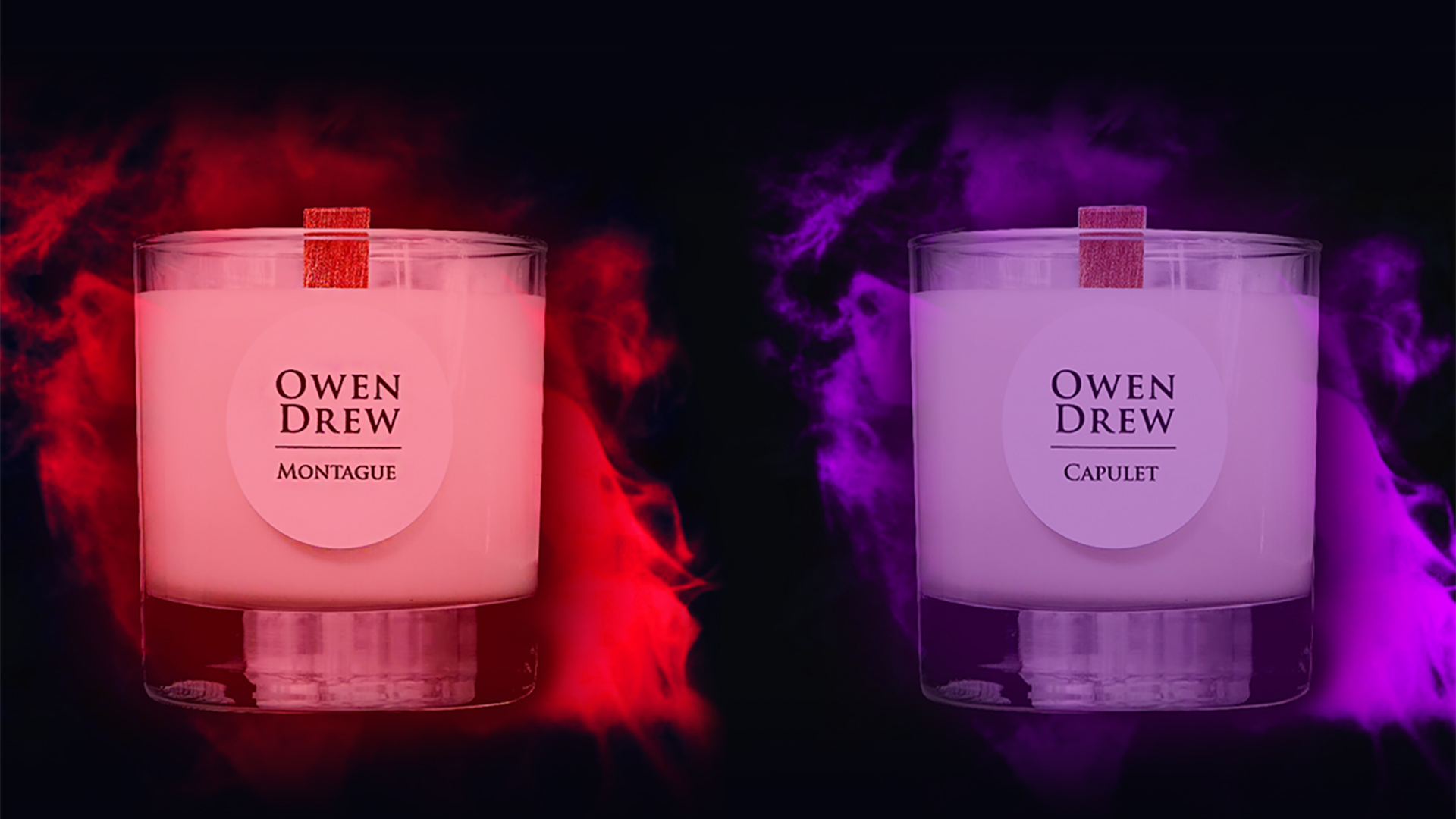 Owen Drew Candles are known for bucking the trend and this month is no different as the company responds to the Government’s Clean Air Strategy.  Michael Gove announced that there would be new guidelines on the emissions from wood burning stoves, carpets, glues and even scented candles.

“We only use 100% vegan soy wax, which is entirely natural” Drew explained. “Our candles do not give off the same kind of dangerous fumes that mass-produced Chinese paraffin wax candles do. Lots of consumers are getting wise to the dangers of these candles and we have seen our business grow exponentially”

The Clean Air Strategy, which will be launched this month, aims to reduce the estimated 36,000 annual deaths blamed on breathing toxic air.

February also sees the launch of their new fragrance ‘Capulet’.

The Merseyside based luxury candle designers Owen Drew have created a duo of unusual fragrances to honour Shakespeare’s most feted couple, Romeo and Juliet.

The Juliet-inspired fragrance ‘Capulet’ even contains essence of Belladonna, also known as Deadly Nightshade, the poisonous fragrance she drank on the eve of her forced marriage.

You can purchase the ‘Capulet’ candle here: https://www.owendrewcandles.com/romeo-juliet-hamper/